‘The Bhangra Showdown’ is back at the prestigious Eventim Apollo in London. DESIblitz previews the dance competition taking place on March 2, 2019.

“Bhangra has been a fun way of keeping fit."

Taking place on March 2, 2019, The Bhangra Showdown (TBS), an interuniversity bhangra competition is back for its 12th edition.

In 2019 the one-day event returns to its home turf, Eventim Apollo, Hammersmith, London.

Besides students, several desi artists will entertain during the evening, including Punjabi MC, Raxstar, Surinder Shinda, The PropheC, Tru Skool and JK.

The funds raised at the event will go towards two charitable causes.

Here is everything you need to know about the event, the TBS journey and the cause:

More than a Student Show 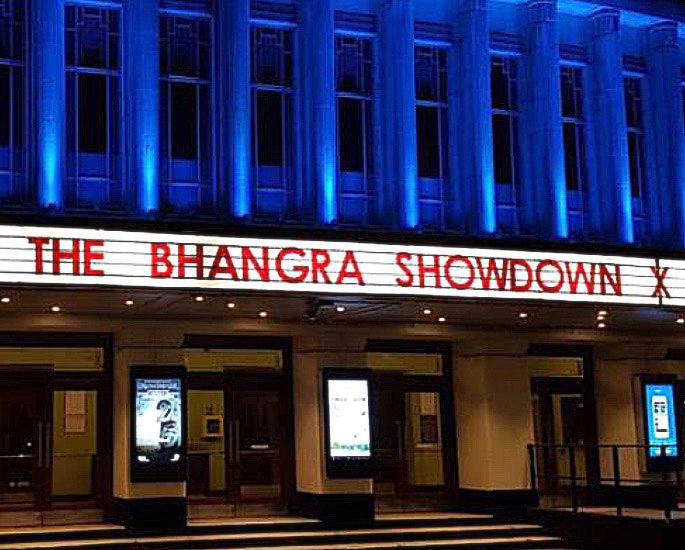 Organised by the Imperial College Punjabi Society since 2007, The Bhangra Showdown (TBS) regularly welcomes an audience of 2000 to 3000 people.

Anisha Malli from the organising committee explains how the competition is more than just the “largest student show in the UK.”

“The Bhangra Showdown is not just for students, but also for families. The show attracts people from so many different backgrounds and is enjoyable for all.”

The high-level production, quality of teams and big Punjabi artists are a few reasons why students, families and bhangra lovers look forward to this competition on an annual basis.

Following the event every year, some of the Youtube videos posted by the teams have crossed over 100,000 views, making it a globally followed competition. 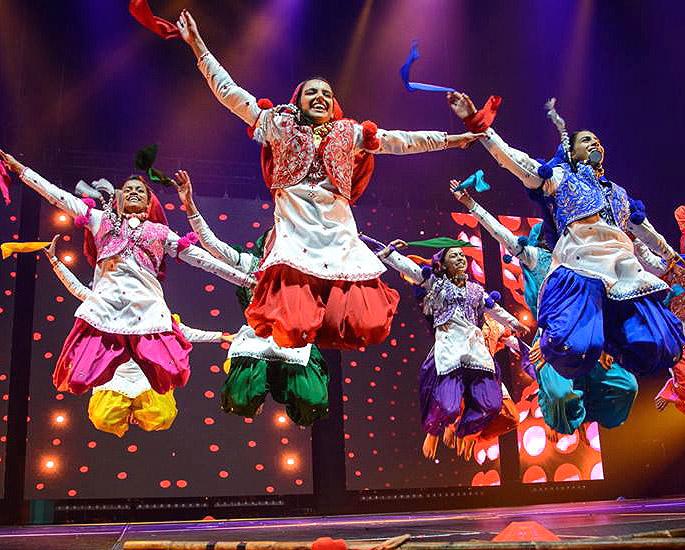 The eight teams from across the UK made the final selection to compete after a rigorous auditioning process.

The audience will get to witness a high calibre of dancing throughout the competition.

An increasing number of dancers and TBS captains compete professionally, along with participating in university level competitions.

Ishan Nandra, the captain of the 2018 winning team from Aston University told DESIblitz:

“I don’t feel any pressure, to be honest.”

“We know that we’re going there to pick the trophy up, so we just stay focused on that and nothing else.”

The competition does not just end with the best team trophy. The best male and female dancers, as well as the best Jodi, will also receive trophies.

Whilst the competition may be tough, the teams share great camaraderie amongst each other. Virtually all of them made an appearance at the Mixer event held in Kingsway Banqueting, Hounslow on January 26, 2019.

Despite the fierce competition, there will be a sociable and friendly Punjabi atmosphere during the event.

The Change-Up in Teams 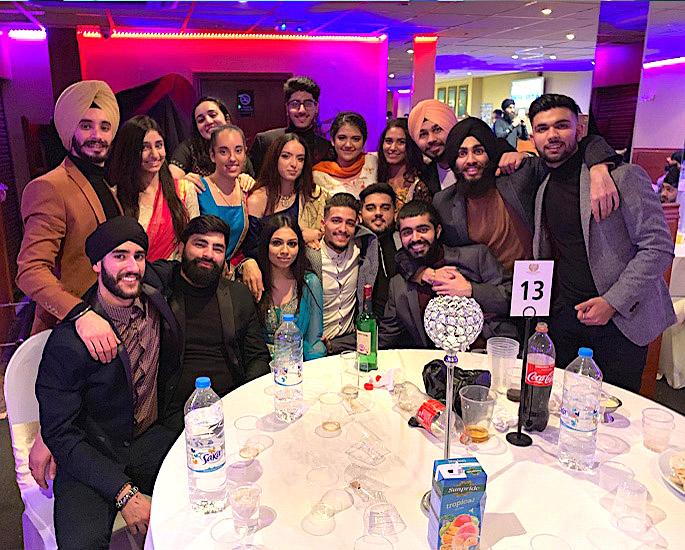 There will be a different line up for TBS 2019. New upcoming teams will replace old favourites, with some unexpected collaborations also coming through.

Hertfordshire is competing for the first time at TBS. Speaking about their participation, Hertfordshire captain Kyran Singh said:

“Majority of the team haven’t performed at the Eventim Apollo before or even in front of audiences that big. So everyone is definitely excited but also a little nervous.

“Me, Randip and Hari have been with Herts Bhangra from the start in 2016, and are proud of what has been achieved in a short space of time.

“Making it from TBCu to TBS in 3 years, we feel, is a massive achievement. We cannot wait to show everyone what we can bring.”

With TBS being considered as “a whole new ball game with a much larger audience,” Singh added:

“The intensity of training has upped a few gears in order to ensure that the team is as ready as they can be in order to put on a show at TBS.”

Delighted to be part of the competition, Anjali Vedd from Loughborough mentions:

“It’s such an honour to be taking part in TBS this year. The time crunch has motivated us more! The atmosphere at training is full of excitement as we’ve all dreamed of doing this and it’s finally happening!”

Aston University captain Ishan Nandra spoke about the absence of his fellow Midlands team from the competition saying:

“It’s definitely a shame to see such an elite university team not be a part of TBS this year.”

“We were looking forward to competing against them. I wish them the best of luck in the future for whatever they choose to do.”

2019 will also see a number of new collaborations, such as St Georges with Royal Holloway, and Brunel with Roehampton. This will allow for a greater pool of dancers to possibly compete. 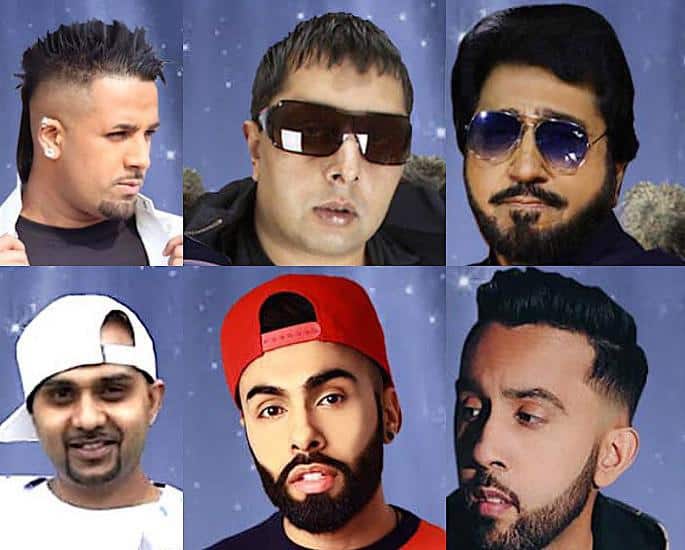 Prominent artists such as Punjabi MC, Raxstar, Surinder Shinda, The PropheC, Tru Skool and JK will all be performing after the teams.

Punjabi MC made mainstream waves back in 1998 when ‘Mundian To Bach Ke’ became one of the best selling singles of all time. Nightclubs around the world,  continue to play this popular track featuring Jay Z.

Raxstar is a British born contemporary artist who broke into the desi hip hop scene. With popular songs like ‘Ego’ (2013) and ‘Janeman’ (2016), he will be bringing some desi swag at TBS.

Surinder Shinda is a legendary Punjabi artist who has entertained fans for a number of decades.

His illustrious career includes some of the greatest hits in Punjabi music, such as ‘Badla La Layeen Sohneya’ (1979) and ‘Putt Jattan De’ (2013).

The PropheC is a Punjabi Canadian singer who will be performing for the first time in the UK. His fusion of hip hop and RnB elements with Punjabi lyrics and South Asian tunes has made his mixtapes incredibly famous.

Audiences can also potentially expect a collaboration between The PropheC and Raxstar with their new song, ‘Ki Kargeyi’ (2018).

Tru Skool and JK are a Derby based duo who worked on several collaborations together, including ‘Pomp Pomp Tha Music’ (2018). 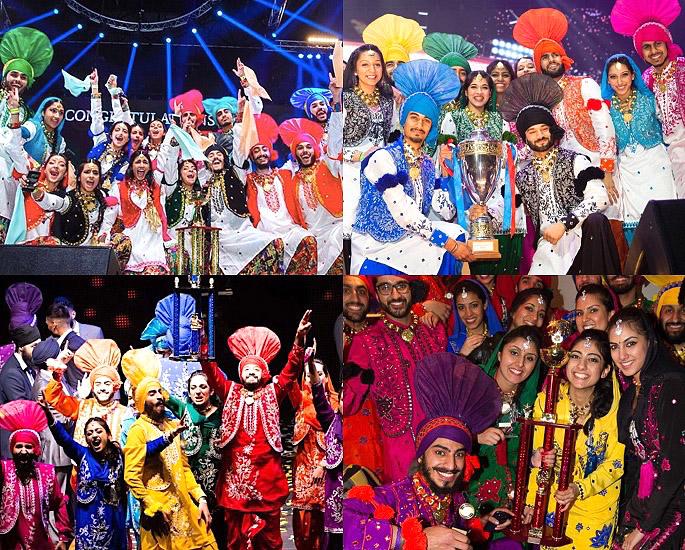 The Imperial College Punjabi Society, who organise the event, consist of a small group of students from various courses and years. The committee plans months in advance to arrange this flagship event.

“The Punjabi Society has been working round the clock to bring the most modern and exciting TBS to date.

“We have one of the best selection of teams this year and are super excited to bring TBS back home to the Apollo.”

Other than the committee, team captains spend months producing their creative set for TBS. They then select their dancers at the start of the academic year, training them and practising this set for months before the big date in March.

Despite arduous amounts of hard work in the process, two captains tell us what they most enjoy about this journey.

“The seven minutes on stage is what I love the most about The Bhangra Showdown process.”

Whereas Imperial College captain Luxshini Selvarajah, reveals that it is training new dancers that can sometimes be the most fruitful aspect of the journey:

“A lot of new dancers are very good and receptive to feedback.

“The challenge to train them up makes it a lot more enjoyable as a process for us as opposed to teaching those that are already trained.” 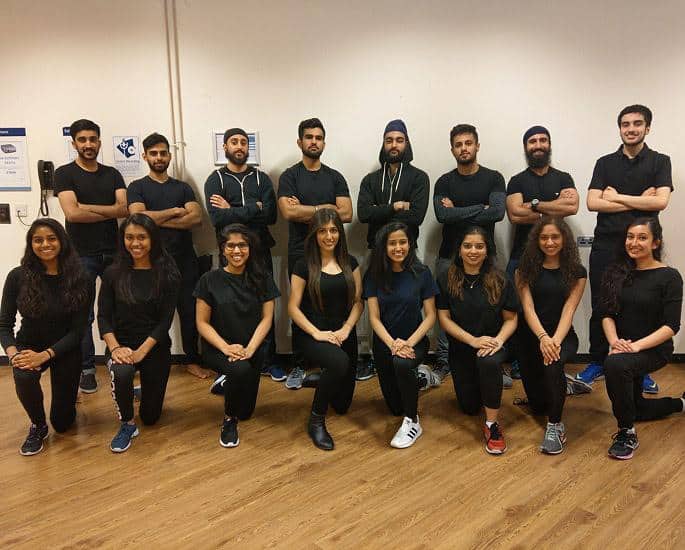 TBS is often the first platform that allows students from top British universities to learn and perform this unique dance form.

Two first-year students tell DESIblitz about what motivated them to bhangra and compete in TBS 2019.

“One of my mates took me to a free bhangra session. Even though I was not great at it, I enjoyed it and went to more sessions, gradually improving. Then luckily I was selected when auditions came around.

“I think it’s nice for the team to change every year so that new people can meet each other.

“I look up to the older dancers as I’m starting up on the bhangra journey.”

“And I hope that I continue it in future years potentially.”

Anjali Vedd, from Loughborough, also began her journey through society classes as she reveals:

“Bhangra has been a fun way of keeping fit.”

“I feel privileged to have been given a place in the team and although it’s challenging, I hope pouring 100% into the competition will make it worth it!”

For many of these dancers, months of hard work and intense training make that opportunity to perform on this stage worthwhile.

“Over the years I have come to appreciate the different styles of dance – even the difference in technique within a dance form. Bhangra has been more about technique and fitness.

“Having danced a lot at university, Bhangra was a different dance form I wanted to try to push myself. It is a contrasting experience and provides a physical challenge.

“I have enjoyed picking up a new technique, bettering my skills as a dancer with the use of various props and enjoying the variation in styles within Bhangra.” 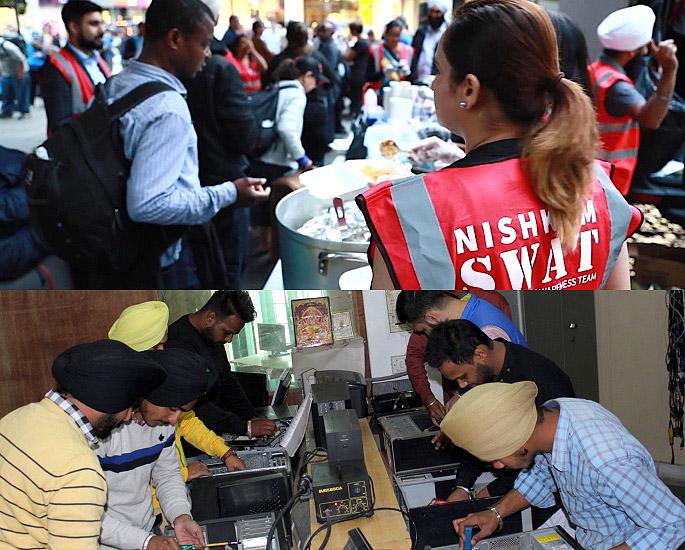 TBS has a humanitarian aspect as it will be raising money for two charities, the Mehar Baba Charitable Trust (MBCT) and the Nishkam Sikh Welfare and Awareness Team (SWAT).

MBCT aims to bridge the urban-rural gap in education, Medicare and employment opportunities.

On the other hand, SWAT works on projects to transform financially disadvantaged communities and improving their long term prospects.

Anisha Malli from the committee stresses the importance of fundraising for different charities:

“Despite how stressful running a show of this size has been for its main organisers, it is definitely worth it because TBS is amazing to watch and we get to raise money for some incredible charities.”

The 12th edition of TBS is set to be an exciting one. Bhangra lovers attending will enjoy the event, which takes place on March 2, 2019, at Eventim Apollo, Hammersmith, London.

Tickets for this colourful competition can be purchased here. For more details about The Bhangra Showdown, please visit their Facebook page.