The Bhangra Showdown returns to Birmingham for 2018

The Bhangra Showdown is back for its 11th year, this time, returning to the home of Bhangra, Birmingham! DESIblitz has the lowdown on this much-awaited competition happening on 3rd February at the Genting Arena.

"We have the biggest lineup of stars yet and know the audience will love it."

Returning to the home of Bhangra and UK Punjabi music, the Birmingham Genting Arena will host universities from across the country to compete for the 2018 trophy.

Having been around for over a decade, The Bhangra Showdown (TBS) is touted as the biggest Bhangra competition in the world. This is largely due to its high production value, incredible performances from teams, and high profile Punjabi artists performing. In addition, all funds raised from the show go towards charity.

Started in 2007, the competition has been held in venues such as Wembley Arena, Eventim Apollo and NIA Birmingham with audiences of over 3,000 people. For 2018, The Bhangra Showdown will return to Birmingham on 3rd February for some more spectacular performances.

The show itself promises to be bigger and better than before with an exciting lineup of music artists and even fiercer competition between the university teams.

Pamelbir Singh Ladhar, president of Imperial Punjabi Society, who organises TBS, said: “This year the audience can truly expect an amazing folk experience. We have the biggest lineup of stars yet and know the audience will love it.”

On-stage acts include Jass Bajwa, Gupz Sehra and G Sidhu. Audiences can look forward to hearing some of the biggest recent Bhangra hits such as ‘Label Black’, ‘Candlelight’, ‘Sat Sri Akal’ and ‘Yaar Bamb’. The competition will be hosted by Harpz Kaur of the BBC Asian Network. 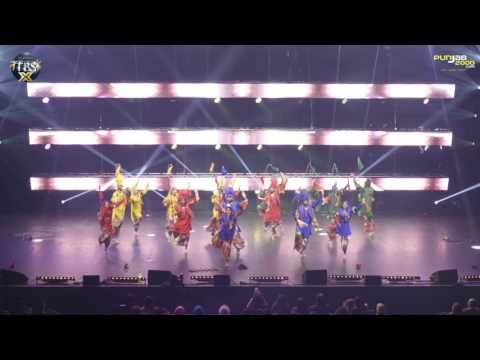 There will be eight teams competing in The Bhangra Showdown this year. This includes two home teams, University of Birmingham and Aston University, who placed 1st and 3rd last year respectively.

Harpreet Lota, the captain of the Birmingham team, said about defending the title on their home turf: “We’re gonna have a good time.”

“Aston students are buzzed at the moment. The energy around all of the hype feels good,” says Ishan Nandra, captain of the Aston team. “We look forward to collecting the trophy in our hometown.”

Loughborough University will be competing at TBS for the first time. For them, this is a big achievement as Jessica Gar-Lai Cheung, captain of the team, explained:

“From establishing the society only 3 years ago, the Loughborough Bhangra team have been worked hard building the team and are very excited to debut at TBS this year. We will be bringing our unique talent to the stage this year and hope to impress the judges!” 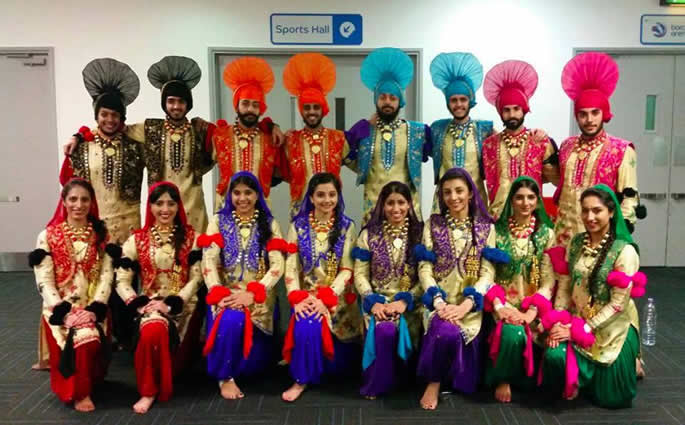 Just over a hundred students, across various courses and academic years, have been hard at work for months to put on a performance that they hope can impress the judges on the night. For many, doing Bhangra at University is more than just an extracurricular.

“TBS is my way of getting away from real life problems. Dancing just makes me feel so free and performing is just magical. Those 7 mins on stage make all the training and hard work worth it.”

With the standard of Bhangra teams increasing each year, the competition only gets fiercer to take home the top honours. As well as crowning the winners of The Bhangra Showdown 2018, accolades will also be given for ‘Best Dancers (Male and Female)’ and the ‘Best Jodi’. 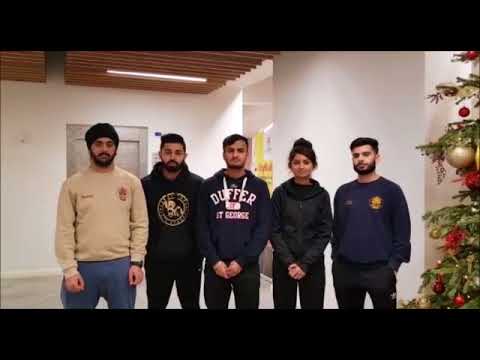 However, amidst all the performances and acts, charity is at the heart of The Bhangra Showdown. The charities being supported this year are Pingalwara, Unique Home for Girls and Roshni, tackling social evils such as abandoned children and domestic violence:

“The charities we have chosen to support are for some heartwarming causes making a difference in both Punjab and globally too. Each of the teams have done a video focusing on the charity that they are supporting and a Justgiving link for people to donate to,” said Pamelbir Singh Ladhar.

For more details about The Bhangra Showdown 2018, visit the Facebook page. Tickets to see the competition at the Birmingham Genting Arena on 3rd February can be purchased here.

Sonika is a full-time medical student, Bollywood enthusiast and lover of life. Her passions are dancing, travelling, radio presenting, writing, fashion and socialising! “Life isn’t measured by the number of breaths taken but by moments that take our breath away.”
5 Desi Singers to Look Out for in 2018
How ‘Ghoomar’ became a Worldwide Hit Song and Dance