‘Need Nobody’ by Dixi ft Raxstar is a Sensational Debut Single

Crossing the Atlantic, American singer-songwriter, Dixi is winning many UK music fans over thanks to her debut single ‘Need Nobody’ with Raxstar.

"I faced some of the toughest things people can face in life at a young age."

American Asian singer-songwriter, Dixi, is wowing the UK with her 2018 debut single ‘Need Nobody’.

Featuring Raxstar’s rapping talents and incredibly danceable beats from producer Shayal, this is an impressive introduction to Dixi.

Houston-born Dixi’s vocals mesmerise in this track, their sweetness providing a wonderful contrast with Raxstar’s attitude. Still her singing ability isn’t surprising considering her early experience performing bhajans and devotional hymns with her family at temple.

Indeed, her father’s own vocal dexterity in singing these hymns inspired the desire to learn herself.

This clearly paid off dividends as 2012 saw her open for the legendary Bollywood playback singer, Shreya Ghoshal.

Juggling music and medicine, impressing US and UK audiences and singing in multiple languages, Dixi is a multitalented newcomer. She’s clearly comfortable with breaking new ground both professionally and personally.

However, DESIblitz wants to know more about Dixi and her journey into music. We ask her about her early musical experiences, current songwriting challenges and what the future holds. 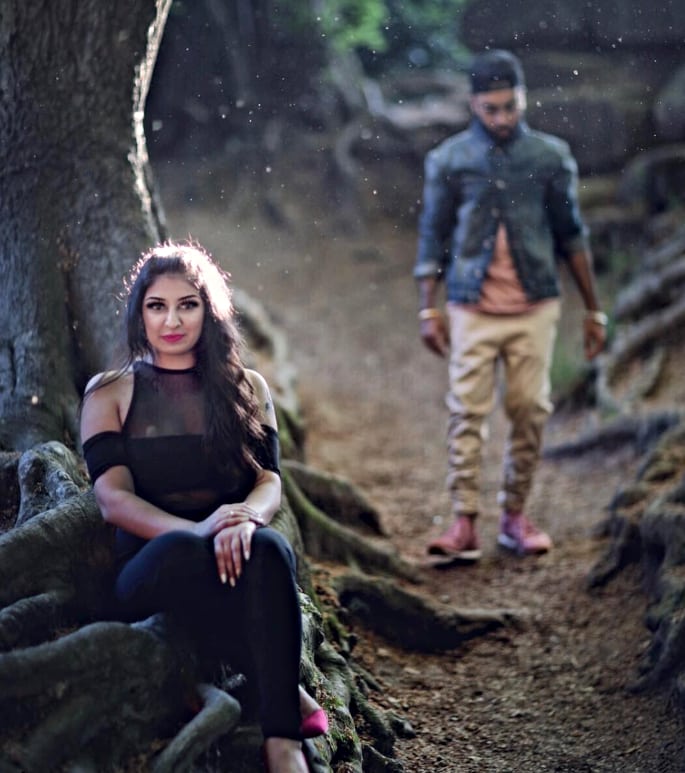 When did you get into music?

I used to play the piano by ear at a young age. My mom discovered this and put me in piano lessons around age 6 and since then I would sit at my piano and try to play and sing songs.

I also used to listen to classical bhajans and tried to learn them by writing down what I heard. That’s how I discovered ‘sa, re, ga, ma, pa…”

How do you write your songs?

This was the first time I have tried writing a song. During this experience, the first step was to come up with a melody.

I had a Skype chat with Shayal, my producer, and hummed something up. He told me to sample something classical so I did the sargam part which your hear looped throughout ‘Need Nobody.’

We each came up with melodies for the different parts of the song, and then I added my flavour to it.

Writing was a little bit harder as we wanted this song to be Hindi and I am not fluent in it. I tried writing some lyrics in English and had a theme of what I wanted the song to be about.

But I couldn’t quite get the flow how I wanted to say it in the song. So I had some help writing this song from friends like Nash, Jordan Morris, etc. It was a collaborative effort.

I’m still working on becoming comfortable and more open with my writing. 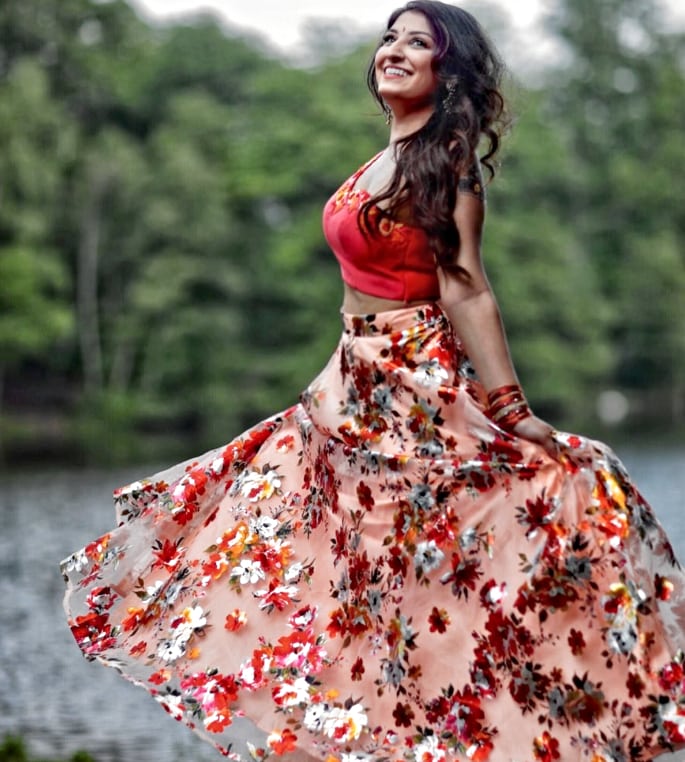 How do the vocals and lyrics relate?

The tone of your vocals can really emphasise the lyrics you’re singing in the sense that you can better portray or express your emotions by the way you sing your vocals, which makes a huge difference.

The more emotion you put in the song, the more it resonates with the audience listening.

Where did the concept for ‘Need Nobody’ originate?

This was my first time ever really trying to write a song. I had to think about what to make the song about firstly. I reflected on where I was in life, what I had been through to get to that place, and where I wanted to be.

Growing up trying to pursue a career in medicine put me through many challenges and I faced some of the toughest things people can face in life at a young age.

Being in the medical field almost forces you to level up and reach that maturity in your late teens. Sacrifices, Loneliness, Stress, Resiliency, etc.

Growing up, I always felt like I ended up being so self-reliant because it was hard to maintain friendships and relationships.

I was also hopping from one city to another, away from my family and friends, and I had my fair share of constant betrayals and heartbreak from others – I couldn’t do it anymore.

I was at one of my lowest points emotionally before I started writing this song. That is when I stood up for myself and really gave myself that credit I never received. Found true self-respect. And realised, “I don’t need nobody”.

I have been on my own, doing my own thing, being a strong independent woman and have been perfectly self-sufficient.

At the end of the day if it was just me, myself, and I, I would perfectly capable and happy. And I am. That’s where I aim to be always.

That’s also what I wanted to portray to other women, who I know have been through what I have. It is a very empowering song. In this day and age, I’m all about pushing the women empowerment movement.

Why is the UK audience important to you?

I always think it’s good to diversify your audience and reach out to whoever you can.

Some will appreciate more than others, and I know the UK audience is very supportive or urban desi music and artists as seen by the successes of many UK artists such as Arjun, Zack Knight, Raxstar, etc.

I also like that I can branch out to a new community and be a new fresh female face!

What’s exciting for you about the American music scene?

I love the vibe we have down here with all these booming artists such as Cardi B, Travis Scott, Drake, etc. I love the style as I’m very into hip hop/R&B when it comes to music and American dancing.

I think I want to incorporate this urban desi vibe more into our American audiences because I think it’s still upcoming and not as well appreciated as it is in the UK, India, etc.

But based off the response to my song so far, I think everyone in the US that has heard it, has been very supportive and actually really enjoyed this new sound that I’ve introduced with the song and I hope to expand with in the future.

Having worked with Raxstar, who else would you like to work with?

I would love to work with Arjun, Mickey Singh and Prophe-C. I vibe with their styles and I think mine is similar so I think we would be able to come up with some dope tracks together, especially being a female voice. It would allow us to be more creative with the song. 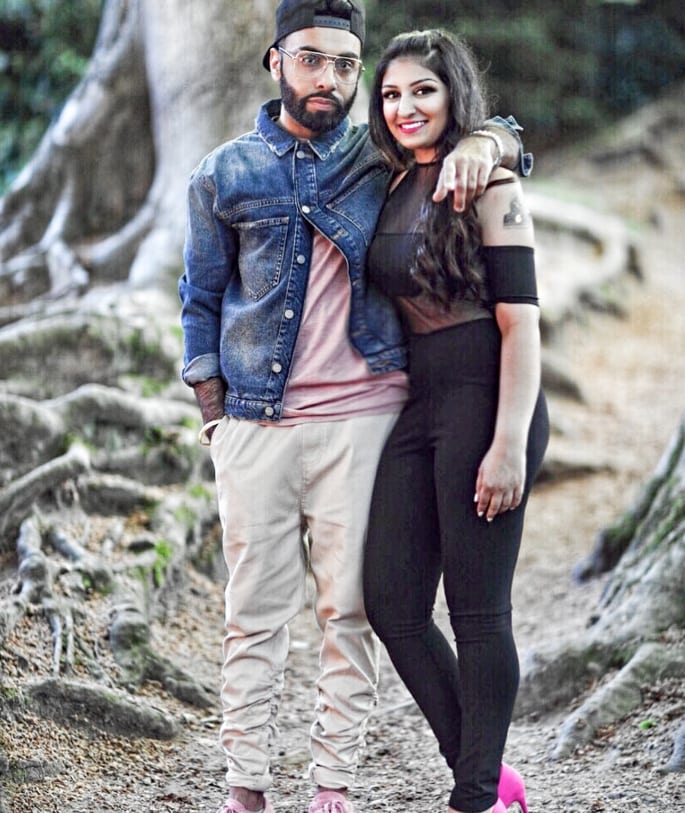 You can sing in many languages. How do choose a language for a song?

It depends. For example, I knew I wanted to do a Latina vibe track. So I came up with Spanish lyrics for it and Shayal produced the music to fit the vibe.

But sometimes it depends on the vibe I feel with the music Shayal creates. If it works, I throw in whatever language works cause I can!

How do you balance being a paediatric physician with your music?

Yes, I’m currently year a 2nd year resident in paediatrics, working at SUNY Downstate hospital. Being at the bottom of the totem pole right now, the hours are rough as a resident and it becomes hard to do really anything outside of work, as many in the medical field know.

However, I have such a passion for music that I incorporate it wherever I can and I always have even through my 8 years of schooling!

It has always been my get-away, my stress release. It keeps me sane, so I make it a part of my life in order to be happy and healthy!

How did you find the experience of opening for Shreya Ghoshal?

A dream come true. Never thought I’d get an opportunity like that to meet her. She was super nice and even signed my mic for me, on which she wrote: ‘may the power of music keep you inspired’.

She is my singing idol and although I only opened for her, witnessing her from side stage for the whole show was quite the experience. I hope one day I could perform alongside her.

Any live shows or gigs coming up in the UK?

Hopefully in December! I’m trying to see if I can do something for New Year’s Eve as I will be in London visiting the team anyway and working on a third song.

What’s next for you?

Definitely some more music and videos coming your way. This is only the beginning. Hopefully, I can get another collaboration in one of them. Or with one of the artists I mentioned above – be on the lookout! 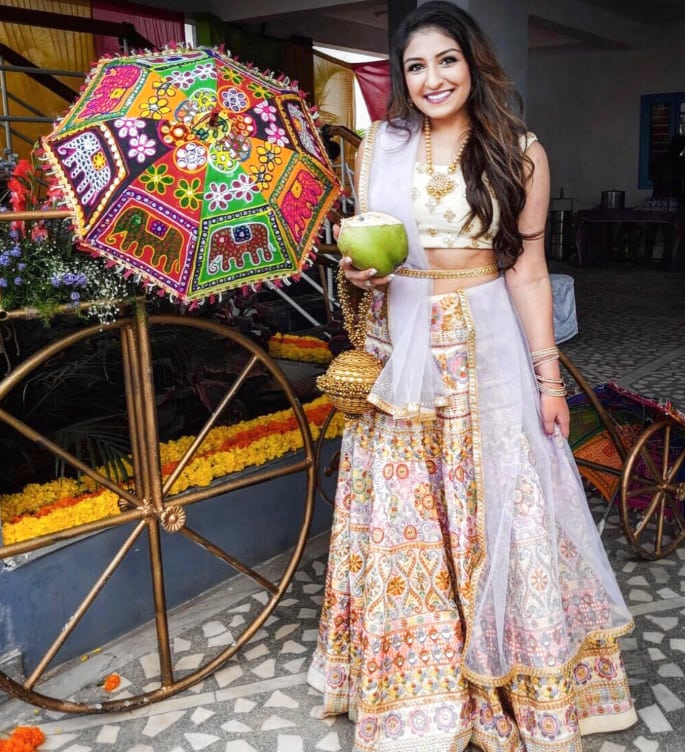 In light of this strong first outing onto the international stage, DESIblitz definitely is keen to hear more hot tracks from the Desi American rising star, Dixi.

Her fusion of inspirations and empowering message signal her huge star potential on either side of the Atlantic.

It’s exciting to envision how she’ll bring her knack for great collaborations or skills as a pianist to her songs.

But for the moment, we’ll continue to enjoy Dixi’s debut sing ‘Need Nobody’.

‘Need Nobody’ is available via iTunes, Amazon and all good digital stores. Also available to stream via Spotify, Deezer and other platforms.