Based in Leicester, Riya is a determined 15-year-old with big dreams. We interview the young singer about her love for music and her first single ‘No Time’.

"I love the way I connect to music and the fact that I can express myself through it."

At only 15-years-old, British Asian singer Riya is ready to make a mark on the music industry with her exceptional singing talent.

With her new single ‘No Time’ releasing in July 2018, the teenager’s continued effort over the past three years seems to be paying off.

In the Summer of 2017, Riya performed live on stage at the Leicester Mela. She was spotted by leading music producer Shayal who saw great potential in the young musician.

The producer has since worked with Riya to create a number of singles and begin her career in the music industry. Speaking about discovering the young talent, Shayal said:

“As a music producer you’re always looking for something new, exciting and that gives you goosebumps. The first time I heard Riya sing and saw her perform I knew she had what it takes…”

“She’s not just a great singer and dancer, but she writes her own songs, that not only mean something to her, but that will resonate with her peers. I know she has what it takes to make it to the top!”

Born and raised in Leicester, Riya was surrounded by music and dancing growing up. She was heavily influenced by her dad’s taste in music, and especially his favourite singers including Michael Jackson, Madonna, Mariah Carey and Coldplay.

Riya later combined this early musical influence with her own favourite artists. She takes influence from western stars such as Sia, Adele, Rihanna and Drake. 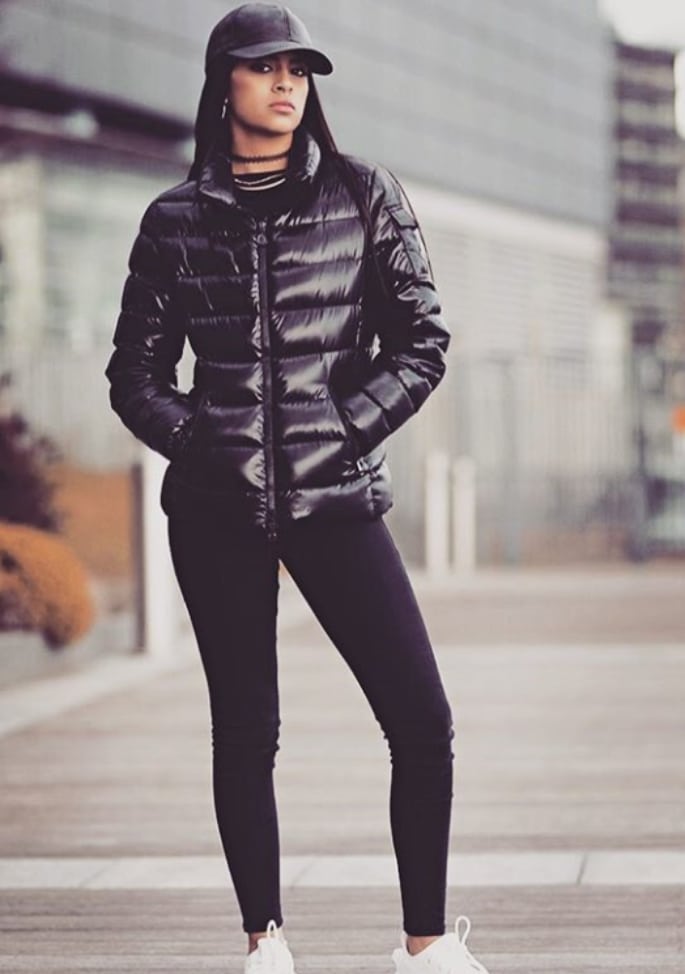 The aspiring singer found her calling at the age of 10 when she began to play the piano. Addressing the first time she played the musical instrument, she says:

“I used to sing all the time as a child but the day I discovered the piano around age 10 was when things really started to fall into place. Everything just felt right and it didn’t take long before I was ‘connected’ whenever I played.”

“I had found something where I could express myself and let my emotions run free.”

Since the age of 12, Riya’s parents have given her unconditional support on her journey to becoming a successful singer and songwriter.

Now 15 and with the support of Shayal, Riya’s dream of becoming a professional singer is finally coming true!

In a special interview with DESIblitz, Riya tells us more about her love of singing and songwriting and creating great music. 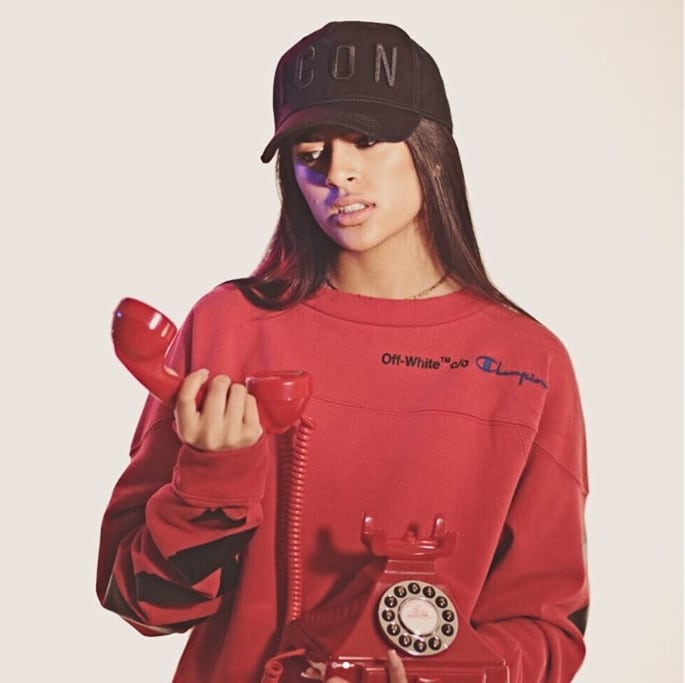 What do you love most about music?

I love the way I connect to music and the fact that I can express myself through it.

It takes my mind to different places depending on my mood and is a great release from the pressures of school.

Being 15, how do your friends react to your singing aspirations?

Most of my friends are really supportive and can’t believe this is happening, but naturally, you will get a small element that don’t think I will make it.

I guess it’s the real world.

You started singing at 7 and playing the piano at 10. What inspired you to learn?

I had a piano taster lesson at school and absolutely loved it.

It was only afterwards that I realised what a great writing tool it is. And now I play the piano almost daily, whether I’m writing or just want to relax.

Your parents have been supportive. What if they were not, would you have still pursued music?

Yes and no, this is a very tricky question.

Yes, because music is my passion and I would have tried my best to succeed.

No, because I know without their support I would have no foundation and it would be like swimming against the tide.

“I would say it’s really important for your family to support you in this industry, which I know can be difficult at times. I know I have my family always.”

Which British Asian artists do you look up to?

Jay Sean without a doubt.

He has crossed over into mainstream music and become extremely successful and I would love to be able to follow in his footsteps.

At 13, you wrote your first song. Which do you enjoy most? Songwriting or Singing?

I enjoy both equally, it would be impossible to choose.

If I’m feeling creative I may not concentrate on my vocals for a few days and there will be other times when I push myself quite hard to improve my singing ability.

I would love to be respected for both one day. 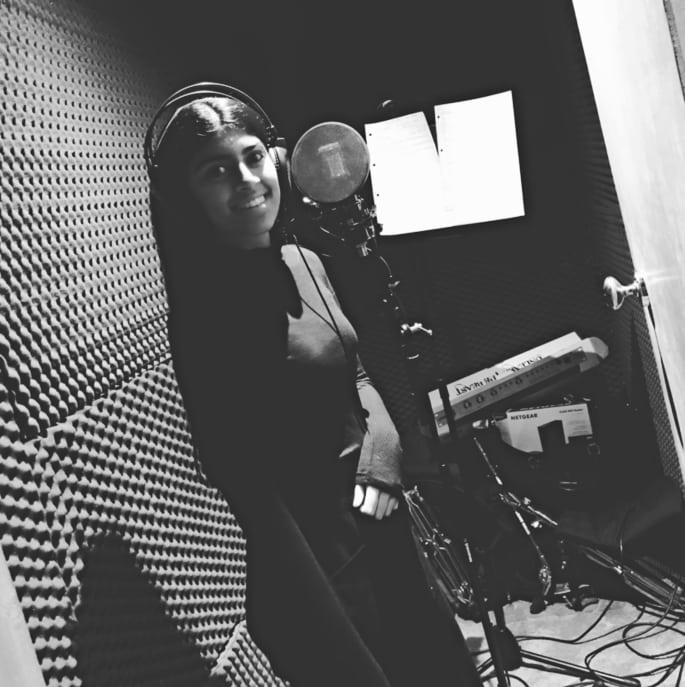 What did you learn working with Shayal?

I have learnt so much in a short space of time from Shayal, not just musically, but also about the industry.

He’s also taught me how to relax in the studio and come out of my shell, as I am quite a shy person away from music.

How would you define your sound and music?

“I would say I’m a mixture of pop/soul, R n B and hip-hop. Many people have commented on how they like my ‘tone’ and hopefully, this makes me sound different from other artists.”

What are your favourite Desi foods?

Lol! There are so many, but I’m definitely a big fan of savoury and spicy foods.

With technology helping singers a lot nowadays, what’s your view on artists who cannot sing live in key?

I don’t begrudge anyone who uses technology to make themselves or a song sound better, but I’m personally not a big fan.

However, I do understand that sometimes it may be required depending on the sort of song.

I’m always striving to improve my vocals so that my live sound is as close as it can be to my studio sound.

I would love people to support and follow me as a young and fresh artist.

I feel I’m in tune with today’s generation and also think that the industry needs more Indian females in mainstream music.

With a lot of hard work and God’s grace, I’m hoping to achieve this.

Being a young singer what does Riya want to achieve in life?

I would say there are three main things; I want to perform on the biggest stages, have my music heard and appreciated around the world and carry out lots of charity work.

It would be so amazing if I could make a difference to someone’s life. 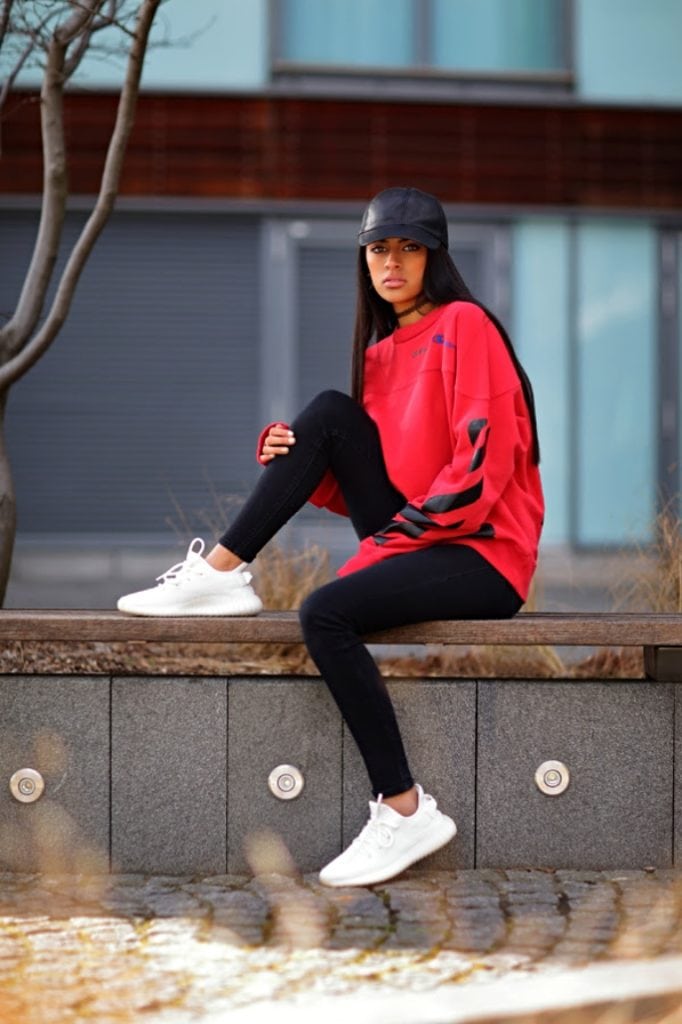 Speaking about her soon to be released afro-beat single ‘No Time’, Riya says it is about being carefree. She also mentions how it hits upon the current obsession that we all suffer from – staring at our phones and missing out on real life.

“It’s a happy song about letting go of your worries and having a good time with your girlfriends.

“The underlying theme is girl power and having fun, but what really sparked it was the fact that my generation are so immersed in their phones and sometimes you’re trying to have a conversation and no-one’s really listening, hence the lyrics.”

Riya has proven that no matter what your age, if you have the determination and put in the effort, you can achieve your dreams.

Her upbeat singles and relatable lyrics are sure to attract a wide audience.

Riya’s debut single ‘No Time’ releases via iTunes, Amazon and other digital stores on 6th July 2018 on JP Records.