Crazy for Kishore: Celebrating the Music of Kishore Kumar

Ilford Town Hall welcomed a musical celebration to honour one of India’s most-loved icons, Kishore Kumar on 16th June 2018. Read all the highlights below.

Following a spectacular first show in 2017, the mesmerising melodies of Kishore Kumar were celebrated once again at the Ilford Town Hall on Saturday 16th June 2018.

Paying tribute to the late Indian legend, Crazy for Kishore welcomed some of the finest Indian singers to relive some truly magical moments of Indian cinema.

Hosts of the evening were Arunava Chakrabarty and Astro Consultant Dr Sundeep Kochar. Together, they kept the atmosphere both jovial and upbeat as they introduced each new performer on stage.

In the vintage and nostalgic backdrop of the town hall, the brightly lit stage saw a projection of Kishore Kumar and some of his most iconic Bollywood songs play in the background.

They were accompanied by the exceptional Kiran Thakrar and his Strings Live Band. 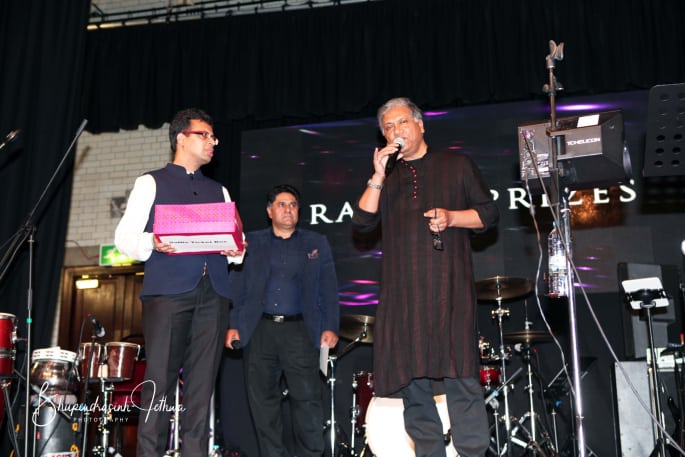 Watching them performing some of Indian cinema’s greatest hits was an audience of over 700. Without a doubt, the sold-out event was a fitting spectacle to honour one of India’s most-loved artists.

The packed audience relished in samosas, seekh kebabs and more as they watched the moving performances.

Of course, Kishore Kumar is a man that requires no introduction. The multi-talented artist, who is known as much for his acting roles as his smooth vocals, enjoyed a career that spanned over four decades.

Unsurprisingly, his repertoire of music is both extensive and influential.

Watch some of the iconic numbers here:

Ketan Kansara was undoubtedly the star performer of the night, enchanting the audience with his smooth voice and melodious tone.

In particular, his sweet duets with Anuradha and Manisha were the highlights of the evening. 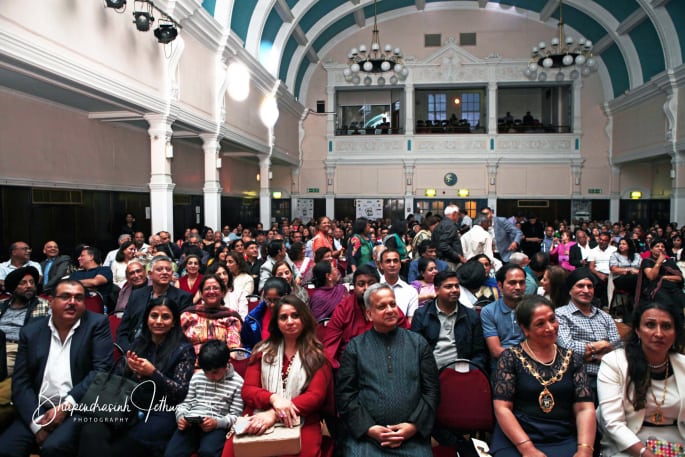 The music was spot on, using a variety of musical instruments including Tabla, Percussions, Drums, Keyboard, Guitar, Flute, and Saxophone. Guests truly felt as though they had been transported to the old heydays of Bollywood.

“This event is for all the Kishore Kumar fans across the globe. This is to come together and celebrate the spirit of Kishore Da. His music is very close to our soul. His music gives us what we call in Hindi, the “Sakoon, and Roohani Ehsaas’.”

The legacy of this great artist is truly undeniable, and it is no wonder that the singer continues to be remembered by fans all over the globe.

London proves to be a perfect hotspot for Kishore fans to gather. Generations of Indians and South Asians still enjoy the tender tones and style of this remarkable man.

Speaking about the success of the event, Chairman of Indra Travel and Make My Event, Suresh Kumar said:

“It has been overwhelming to witness the amount of support and adulation that Crazy for Kishore Kumar – The Musical Journey received on 16th of June 2018 at Ilford Town Hall. It was a sold our Concert and we had to turn people away. 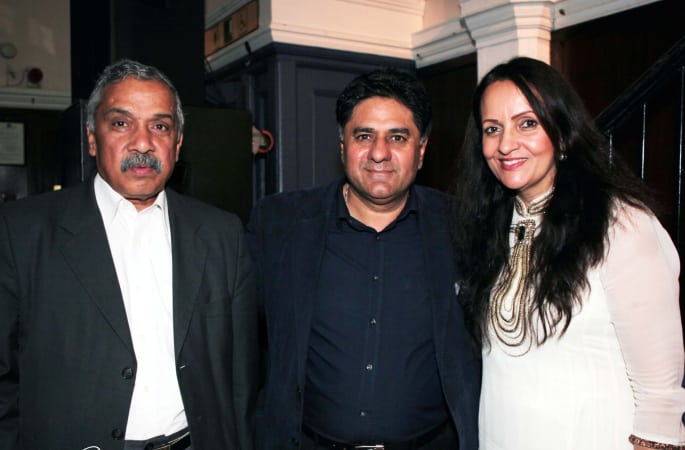 “Attracting people of all ages and walks of lives, it was a great opportunity to meet some of Kishore’s greatest fans and take a trip down memory lane together.

“We wish to thank everybody that attended and supported the event. Point to note, that there were young people in the audience confirming that with each new generation, legions of fans are attracted to the music of Kishore Kumar  the Artist of the 20th Century.”

Interestingly, since the majority of the late Kishore Kumar’s songs were picturised on the legendary Rajesh Khanna, Suresh mentions that he is also supporting a petition for a wax statue of Rajesh Khanna, at Madame Tussaud’s.

The organiser revealed at the event that an incredible 20,000 signatures have been collected so far.

Overall, Crazy for Kishore paid fitting tribute to one of Indian cinema’s most iconic figures. Guests sincerely enjoyed the fantastic organisation and entertainment provided by Suresh and his team.

The sold-out event is a testament to the ongoing legacy that has been left by the prominent musician. And Kumar continues to live on in the hearts and souls of his fans, wherever they may be around the globe.