British Asian singer Jay Sean’s latest song ‘Cherry papers’ is a step back to old-school R&B and its smooth velvet vocals will get you feeling everything.

"The new @jaysean track "Cherry Papers" hitting me in the feels like only that old school RnB can."

After giving us big hits including ‘Ride It’, ‘Stay’ and ‘Tears in the Ocean‘, Jay Sean seems to have nailed it with this latest song.

The song tells the story of a love affair that no longer exists. Whilst he knows he must give up this love connection, he keeps a reminder of her on his dashboard. The reminder is set in the form of, “Lipstick on those cherry papers”.

Jay’s smooth vocals are used in this song to highlight the attractive qualities of the “high life”. He emphasises the passion, fun and danger of the past love affair.

The repeated motif of smoke and driving contributes to making the song feel laid back and reminiscent, connecting and reviving all the senses.

The slow jam really seems to connect with fans as it draws upon nostalgia, giving off old-school vibes with its relaxing tone. There’s no doubt that Sean’s silky smooth voice compliments the relaxed steady beat and tone of the song perfectly.

Having experimented with classic Indian pop and urban R&B, Sean has settled on a unique blend of the two genres. ‘Cherry Papers’ focuses on the urban side and offers listeners a modern take on classic R&B. 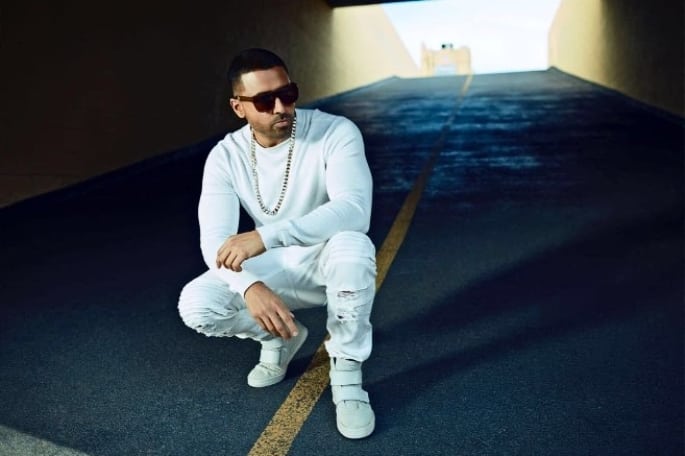 Fans of the singer are loving the new song. With many of them claiming to play the song on repeat and congratulating Jay Sean on his new song release.

Of the 1.45 million followers that Sean has collected on Twitter, one fan commented on chilled vibes of the track. They noted how the tone of the song stirred up feelings that only true old-school R&B can recreate.

“The new @jaysean track “Cherry Papers” hitting me in the feels like only that old school RnB can.”

Another Twitter user congratulated Jay Sean on “another banger.”

They added that it was the best song they had heard this year, saying:

“[Cherry papers is] by far thee best song I’ve heard so far for 2018 @jaysean even when I don’t have it on I kinda hum the tone.”

Replying to the wave of positive feedback from his fans, Jay Sean took to Twitter to tease fans about the full album release that will soon follow.

“CHERRY PAPERS”. Out this Friday ?? pic.twitter.com/4YtFzzO0mE

“U guys have no idea what’s about to come.”

If this first song is anything to go by, the rest of the album is sure to be a big hit with audiences.

It’s clear that ‘Cherry Papers’ is a beautiful song with a smooth dream-like quality to it. A product of Sean growing up listening to similar old-school R&B music, this song follows in those footsteps.

There’s no doubt that listening to this reminiscent track will have your feelings all stirred up. An emotional journey, this track was made to make you feel something.

Crazy for Kishore: Celebrating the Music of Kishore Kumar
Sparsh Shah: Inspiring Others through Rap Music