Shrien Dewani to be sued for hiding Bisexuality?

British Indian millionaire Shrien Dewani may be sued by his in-laws for hiding his bisexuality before marriage. But should he be sued for his sexual orientation? DESIblitz explores.

“Anni’s parents have been kept in the dark about Shrien’s sexuality.”

The parents of Anni Dewani plan to sue their son-in-law Shrien Dewani for not disclosing his bisexuality before his marriage to their daughter, who was murdered in 2010.

Vinod and Nilam Hindocha have hired a top London lawyer to take civil action against Shrien in the UK for misleading Anni into a ‘false’ marriage by hiding his bisexuality.

In an exclusive interview with Mail Online, Anni’s parents claimed the family and the late Anni have been kept in the dark about Shrien’s sexuality.

They also confirmed plans to sue him for it and to demand compensation for their payment towards the three-day £200,000 wedding in Mumbai, regardless of the murder trial outcome in Cape Town. 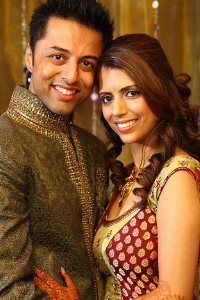 Anni Dewani, a 28-year-old Swedish engineer, was murdered while on her honeymoon with husband Shrien Dewani in South Africa in November 2010.

The newly-weds were kidnapped at gunpoint in Gugulethu, a township near Cape Town.

The next day, Anni’s body was found on the back seat of a taxi, while Shrien was released unharmed by the kidnappers.

It was initially reported that Anni suffered a fatal gunshot wound to her neck, but BBC’s Panorama exposed evidence in 2013 that suggested she was shot ‘by accident’.

Shrien, 34, a millionaire care home owner from Bristol, currently stands trial in Cape Town for his suspected involvement in Anni’s murder. Three men have already been found guilty and sentenced to life imprisonment.

His sexual orientation first became public knowledge on the opening day of the trial on 6 October 2014. In his plea statement, Shrien disclosed he was bisexual and had hired male sex workers.

Mr and Mrs Hindocha said they were shocked by his revelation, but insisted they did not discriminate against homosexuals and believed people should not be defined by their sexuality. 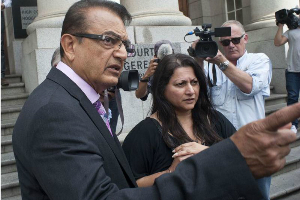 “Which father in the world, including me, would allow their daughter to marry a person who sleeps with men? I don’t think anybody would.”

The grief-stricken father continued: “The whole wedding was a drama and was false. I am going to sue him for that.

“Not just for the money, but for the loss of my daughter. Anni left this world just for nothing. We need closure and I don’t have anything against homosexuals, but it is the way he deceived our family.”

Mrs Hindocha, recovering from stomach cancer, agreed with her husband: “We never had any idea that he was or had been sleeping with gay prostitutes.

“I would have cancelled the wedding and I am sure Anni would never have got married to him if she had known the truth about him.”

So, did Anni know? Her private conversations with cousin Sneha Hindocha would suggest she was at least suspicious. Sneha told the South African police that troubles emerged for the couple a year before their lavish wedding.

Her statement read: “Anni told me that she had tried to be intimate but Dewani had pushed her away…She felt embarrassed and hurt by Dewani’s reaction and we both felt it was weird. 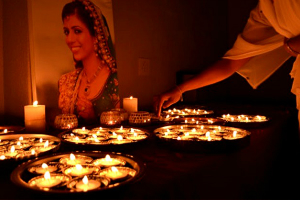 “I remember that Anni and I speculated that maybe he was a virgin or perhaps just being proper and not wanting to be intimate before marriage.”

When Shrien told Anni that his behaviour was due to hormone treatment for infertility, she called off the engagement as she wanted to have children. Two months later, Shrien convinced Anni to change her mind by telling her the treatment was working.

As an Asian bride-to-be, Anni was likely to have been under pressure from both families to remain in the troubled relationship.

Shrien’s grandmother in India reached out to Mr Hindocha, attempting to save the engagement. He said in his police statement: “[She] begged me to talk to Anni, stating that she must please not do this as their family reputation would be zero if Anni decided not to go through with the wedding.”

Five weeks before the wedding however, Anni was in distress. She messaged Sneha: “I don’t want to marry him…I’m going to be unhappy for the rest of my life…one cannot even hug him…we have nothing in common…hate him.”

Anni was still in misery just three days before her murder, as she told Sneha: “I don’t feel happy at all.” 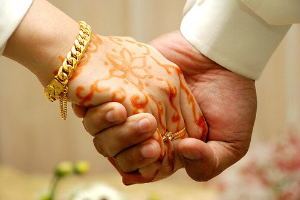 Anni might not be clueless about her husband’s sex life, but was Shrien obliged to disclose his true sexual orientation to her family?

More importantly, did he commit a crime by hiding behind the closet and allegedly misleading Anni into marriage?

In a culture largely conservative about sex and sexual preferences, marriages of convenience to protect one’s identity and family reputation are not uncommon.

But to what extent does it become unacceptable or even criminal for people to conceal this information from their partners’ families?

The murder trial will resume on Monday 8 December 2014.

Speculations over trial collapse are high due to lack of evidence and unreliable witnesses. Judge Jeanette Traverso, who has been accused of bias, will be expected to give her verdict.

Scarlett is an avid writer and pianist. Originally from Hong Kong, egg tart is her cure for homesickness. She loves music and film, enjoys travelling and watching sports. Her motto is “Take a leap, chase your dream, eat more cream.”
Ashanti Omkar On Air with BBC Asian Network
Shrien Dewani Free of Wife’s Murder Charges