Shrien Dewani walks free as the case against him is thrown out. The evidence provided by prosecution and witnesses is too poor to secure a conviction.

"The justice system has failed us."

On Monday 8th December, 2014, Shrien Dewani was cleared of having any part in the murder of his newly-wed bride Anni. The judgement cannot be appealed.

In reaction to the two and a half hour verdict, Anni’s sister said: “The justice system has failed us.”

Judge Jeanette Traverso dismissed the case because she said that the evidence which the prosecution had presented had ‘fallen far below the threshold’ required to secure a conviction.

The second most senior judge in Cape Town was particularly critical of the evidence of the prosecution’s chief witness, taxi driver Zola Tongo, saying that it was ‘riddled with contradictions’ and that she did not know where the ‘lies end and truth begins’.

The Hindocha family were shaken by the verdict. After, as reporters gathered around them, all of the family members refused to comment. They swiftly exited to a private room. 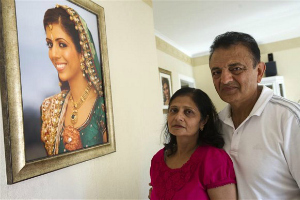 Minutes later, the family made their way out to the steps of the Western Cape Crown Court. Vinod Hindocha, Anni’s father, had his face resting on the shoulder of his son, Anish, who also wept. Nilam Hindocha, Anni’s mother, her face covered in tears, stood silently.

“We came here for the truth, seeking answers but are left with so many unanswered questions. It’s a very sad day.”

Captain Paul Hendrickse, the detective in charge of conducting a challenge to Dewani for the past four years, looked visibly disappointed.

Anni was killed, when she was travelling with Mr Dewani, through a township near Cape Town, and their taxi was hijacked.

Shrien Dewani has always denied any involvement in a plot. Sitting in the dock as the verdict was delivered, he showed little reaction. His parents both burst into tears and his brother, Preyen, briefly conceded a small smile.

Four years after Anni Dewani’s death, the trial began with the shock admission by Shrien Dewani that he was bisexual. He conceded that his relationship with Anni had been unstable. He had said that she had wanted to call off their wedding.

The aim of the prosecution was the argue that Dewani was living a double-life. This, they argued, was the reason why he wanted out of his marriage, and why he planned a staged carjacking and murder. 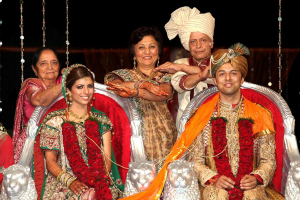 Leisser was a high-profile witness in the trial. In addition, the prosecution said that there was email evidence from Mr Dewani’s laptop, in which he discussed his dilemma of getting married or coming out. Judge Traverso however, dismissed the revelations as not relevant to the murder.

The prosecution’s strongest witness was thought to be Zola Tongo. Judge Traverso had told the court: “It is crucial for the state to prove that Mr Dewani entered into an agreement with Zola Tongo the taxi driver.”

Tongo was jailed for 18 years, instead of 25, as a result of agreeing to testify. However, his story went against the facts that were available by phone records and CCTV.

During the trial, Tongo said that the hijackers did not show up at the time that had been agreed, and that he had received a text from Mr Dewani inquiring about the impending plan. However, there was no evidence of the text in the phone records.

Tongo also claimed that he had discussed the plan to murder Anni, as they sat in his taxi outside of the hotel. But CCTV footage shows Mr Dewani getting out of the car immediately.

But she had been scathing in her assessment of Tongo’s evidence, saying that it was ‘conflicted in virtually every material respect and in places made no sense’.

Judge Traverso was equally critical of the prosecution. During the trial she said: “You have had four years to prepare.”

On another occasion, she said: “This is day 20 of the trial and the state is still scurrying around.” 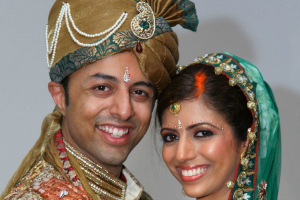 William Booth, of the South African Law Society, and observer of the trial said: “There’s been a lot of criticism of the State prosecution, how they dealt with the case. The three most important witnesses let the State down.

“My concern is why, in the witness box, were there contradictions and poor evidence? It should have been checked out long before.”

With Shrien Dewani expected to return soon to the UK, the question now turns to whether he can return to a normal life and how he will be received by the Asian community in Britain.

Anita Kapoor, a former Conservative councillor for Ealing, said: “He may be a murderer. On a human level, that would always be at the back of my mind.”

A former friend of Shrien, who would not like to be named, told DESIblitz: “I believe he is innocent. If he actually is, then I am happy for him. But I feel for her family.”

Shrien will spend Monday 8th December, 2014, at the Valkenberg Psychiatric Hospital. Since Anni’s death, he has been suffering from post-traumatic stress disorder.

With the trial now over, reports of Anni’s family suing Shrien in British courts have re-emerged (read our DESIblitz article here). Anni’s uncle, Ashok Hindocha explained: “We will now go through this case with our lawyers to confirm whether we can file a lawsuit against Shrien Dewani in the UK.”

But he added that the family “will always live without ever knowing” what happened.

Harvey is a Rock ‘N’ Roll Singh and sports geek who enjoys cooking and travelling. This crazy guy loves to do impressions of different accents. His motto is: “Life is precious, so embrace every moment!”
Shrien Dewani to be sued for hiding Bisexuality?
Winners of the Asian Professional Awards 2014