The 34-year-old business from Bristol, Shrien Dewani, will stand trial for the honeymoon murder of his wife. Until now Mr Dewani had said he was not mentally fit to stand trial, but following a decision by Western Cape High Court he will now face a jury in October 2014.

Mr Dewani is accused of hiring three South African men to shoot his wife on their honeymoon in 2010.

Shrien Dewani, the 34-year-old businessman from Bristol who is accused of murdering his wife, Anni Dewani, on their honeymoon to South Africa in 2010 will stand trial before a South African court.

Mrs Dewani was shot dead in Cape Town in November 2010. Her husband is alleged to have hired three South African men to kill his new wife, and was extradited from Britain in April 2010, following investigations by police.

However, the suspect fought a three year battle against being tried in South Africa for the murder, on the grounds that he was not mentally fit to face the jury.

Indeed, Mr Dewani was detained before his extradition in a hospital in Britain to be treated for depression and post-traumatic stress disorder. 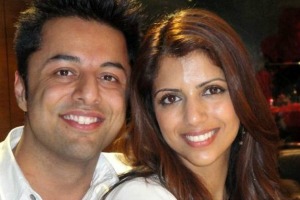 He was then extradited and returned to South Africa, where it was decided that if he was found not able to attend court for trial within 18 months he would go back to Britain.

Dewani has maintained that he was not involved in the killing of his wife, saying that the couple were taken at gunpoint when they were driving through the Gugulethu township of Cape Town in a taxi.

Later, his wife’s body was found in the abandoned taxi the day after this incident, but Mr Dewani said that he had luckily escaped unharmed. The suspect has now lost his three-year fight to avoid trial due to mental illness.

He appeared at the Western Cape High Court on Friday 15th August 2014 where the findings of a psychiatric assessment were announced.

Before this decision was made, Mr Dewani was examined over a period of 30 days at Valkenberg Hopsital in Cape Town, where he will remain until the trial.

The findings are not disputed by Mr Dewani’s lawyers. The defence advocate, Francios van Zyl said: “He is fit to stand trial. That is the unanimous finding of all the experts. We are in agreement.”

After the decision to put the suspect on trail, Ms Dewani’s sister, Ami Denborg said: “It’s a relief for all of us. We’ve been waiting quite a long time for this. 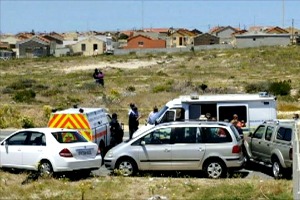 “I know this autumn is going to be tough for us but we still want the trial to start so that we can gave the information we need, we can get to know what really happened.

Three men have already been imprisoned for their part in Mrs Dewani’s murder.

Taxi driver Zola Tongo was given 18 years after admitting the killing, and Xolile Mngeni, claimed by the prosecuting team to be the hired killer, was convicted of premeditated murder.

An accomplice named Mziwamadoda Qwabe was also jailed for 25 years after pleading guilty to murder.

It is expected that the prosecuting team will argue that Mr Dewani is gay and hired these three men to kill his wife in order to escape the arranged marriage to Ms Dewani, which his family had pushed him into.

There will be a pre-trial hearing on 9th September 2014 and if he is still deemed able to go to court, Mr Dewani will be tried in October 2014.

Eleanor is an English undergraduate, who enjoys reading, writing and anything media related. Aside from journalism, she is also passionate about music and believes in the motto: “When you love what you do, you’ll never work another day in your life.”
Big Drop in A Level Results
India and Pakistan Celebrate Independence Day