Big Drop in A Level Results

The A Level pass rate in the UK this year has dropped this year, with less students achieving grades A to E. This is the first time the overall pass rate has decreased since 1982.

This is the first time that the A Level pass rate has fallen in 32 years.

The A Level results published on Thursday 14th August show that the number of students who passed their exams, achieving grades A to E has dropped considerably.

This is the first time that the A Level pass rate has fallen in 32 years. The overall pass rate was 98 per cent, down 1 per cent from last year.

Fewer exam papers this year were given A, B, C and D grades. The percentage of students achieving grade A this year fell from last year’s 26.3 per cent to 26 per cent.

It is thought the drop in results may be due to the push by the government to encourage pupils to take tougher subjects, with their English Baccalaureate system, and also because of the scrapping of exam resits.

Until this year there was the opportunity to resit exams in January, but this window was taken away by the present government, so there is now only one chance to take any paper. 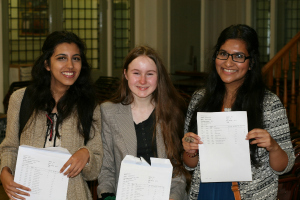 Sandy, 18, who took her A Level exams this year, agreed that the new system makes it harder to achieve a good pass rate.

She favoured the resit system, saying that it relieved some pressure throughout the study period:

“Resits are best because they allow the balance of stress through the year rather than throwing all the exams into one timescale. More stress means worse performance, so worse outcomes.”

Sandy also emphasised the difficulty of performing well under these circumstances, saying: “A Levels are just too much pressure.”

However, Michael Turner, director of Joint Council for Qualifications in the UK, maintained that the fall in pass rates was not a concerning one.

He said: “It is possible that due to the removal of the January series some schools and colleges may experience volatility in their results, depending on how they have adapted to the changes.

“But it is important to remember that standards have been maintained and, despite the change, are comparable with previous years.”

Surprisingly however, it has also emerged that the number of A* grades gained has risen from last year’s 7.7 per cent to 8.3 per cent, which is the highest number since this grade was first introduced in 2010 to recognise exceptional work.

The usual gender gap between boys, who normally do better, and girls, who statistically lag behind, has also narrowed according the exam boards’ results. 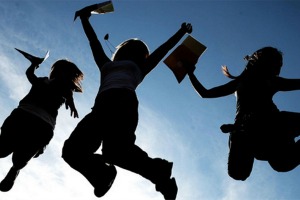 Among the students who achieved A grades, the gender divide was more equal than it has ever been since 2000.

As universities have now been given the ability to take an unlimited number of new sixth-formers who have an A and two Bs or better at A Level, there is now a record number of people expected to begin their undergraduate studies in September.

So far, 396,990 sixth form students have had their university places confirmed, which UCAS says is an increase of 3 per cent from this same point in 2013.

The number of sixth-formers who gained their first choice of course and university has also gone up this year by 2 per cent.

Overall, this year’s A Level results highlight the way higher and further education is changing in the UK.

Whilst the pass rate may have dropped, it is clear that this is not deterring teenagers applying to universities, or indeed stopping universities accepting them.

It will be interesting to note how the landscape of higher education continues to alter in the future. It is thought that the pass rate may increase once again next year, after schools and pupils have adjusted to the reforms put in place since 2010.

Eleanor is an English undergraduate, who enjoys reading, writing and anything media related. Aside from journalism, she is also passionate about music and believes in the motto: “When you love what you do, you’ll never work another day in your life.”
The Celebration of Raksha Bandhan
Shrien Dewani Stands Trial for Honeymoon Murder