Careers and Support at University Level for UK BAME Students

DESIblitz sits down with BAME students currently studying at Birmingham City University to get an insight into life in higher education for such students.

" I wanted a creative career, but they just don't pay and I need to have money."

Diversity is becoming a more widely and openly discussed issue in modern-day society.

People are recognising that inclusion is necessary in order to have a free moving and functioning society.

This is also true at the university level of higher education, which is why DESIblitz sat down with a group of BAME students to explore the positives and negatives.

University prior to the introduction of tuition fees, was free and enabled many minorities to attain degree level education, especially with the availability of education grants.

With the infamous hike of tuition fees in 2009, it has become more difficult for students to attend university due to the cost.

They were the largest ethnic group attending university in the UK with the BAME groups trickling in smaller batches.

The lowest recorded ethnicity of students, were Asians with 192,780 in attendance.

However, universities such as Birmingham City University (BCU) are pushing to make their student population as diverse as possible.

Not just in terms of race, culture and gender but across a range of degree options also.

Moving away from the standard, law, medicine and accounting.

DESIblitz spoke to a group of BAME students to gauge what the issues are now, surrounding higher education for students of colour.

Taking into account different cultures, values and restrictions the answers received were varied.

But all responses were thought-provoking, shedding light on experiences in higher education for BAME students in the UK.

The names and identities of those taking part have been anonymised for the privacy of the participants.

Career Advice Prior to University – Family and School 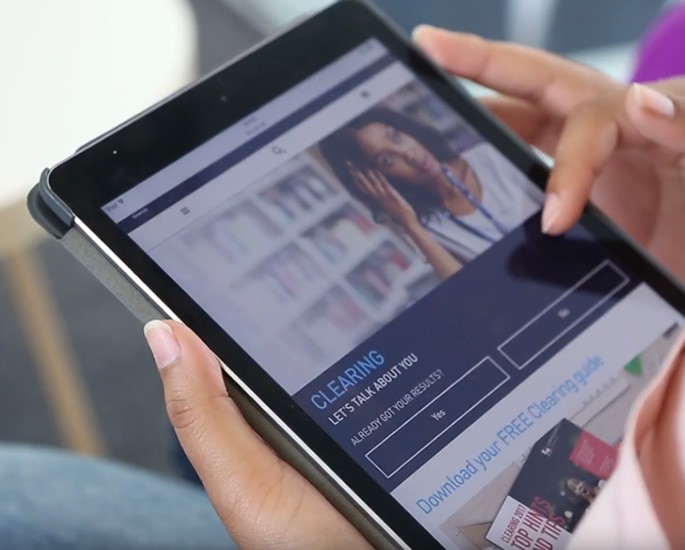 Deciding what to do with the rest of your life is a daunting concept, even more so when you are expected to decide this at 17. As most students in the UK are.

It’s almost second nature to lean on friends, family and school faculty figures for advice. Ultimately the decision is the individual’s but discussions can be helpful to lead to a result.

However, upon speaking to this group of BAME students, it became clear that support and guidance aren’t always provided to BAME students.

Simran a Psychology student shed light on how little guidance she received both at home and at school.

“We had mandatory appointments with someone, who at the time I just felt like they were going through the motions if I’m completely honest.

“I was just one of the many students they had to see, there wasn’t much in terms of in-depth guidance.”

“In terms of family, the family had expectations. In my family, there were three jobs that were accepted. So you were either going to be a doctor, a lawyer or an accountant.

The pressure for BAME students, particularly South Asian student to enter specific fields can be crippling, it is a stress that most young British South Asians combat.

Simran continued on this point:

“So generally the advice I received was from family and wasn’t relevant to me as a person.”

Another student, Helen who is studying Sociology and Criminology shared a similar experience:

“We had a careers advisor in our sixth-form but it was kind of just, ‘do you want to go to university?’ It didn’t cover what kind of career you want to go into, how to get there and what the best options are.

“So I kind of came to university still not knowing what I wanted to do career-wise. My family were all giving input towards medicine and science because they are high paying.

“But I wouldn’t say that I specifically received any type of careers advice that helped me make a decision.”

Making the choice to go to university, deciding which course to choose and whether to stay at home or not, all play an important role in making the decision.

For BAME students, it can be even more challenging due to parental concerns related to cultural values, especially for young women – when it comes to studying away from home.

Thus, highlighting a trend for a lack of resource and support towards preparing and supporting BAME students for university.

BCU, for example, is trying to address this matter by providing help and guidance to students who are having difficulties deciding. Support is available to help with choosing a course, staying at home or living away, and even deciding if university is the right choice for you or not.

Career Advice Prior to University – Friends 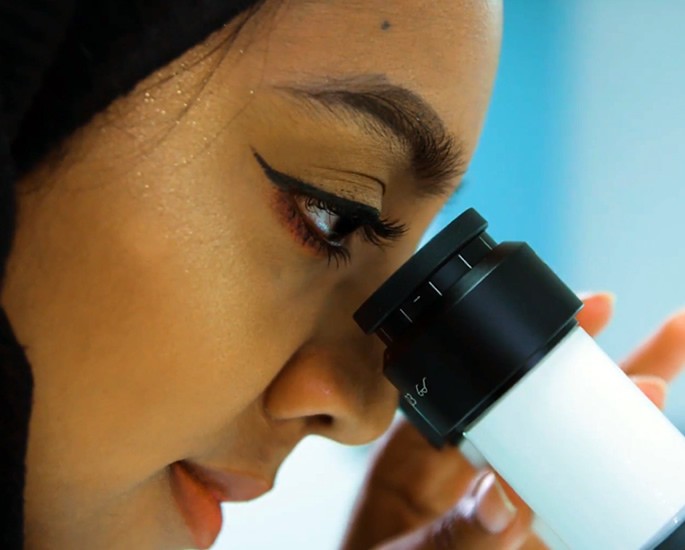 Another student who grew up in Wolverhampton highlighted that where you grow up can affect the attitudes and responses friends give towards university.

“It was baby boom season for a lot of my friends so they didn’t come into the equation in terms of support. They were more like, ‘University? What are you doing that for? What are you gonna do with that?'”

This has been a theme for women of colour when further education has been broached across many cultures.

South Asians have been known to hold the view that girls should be raised with a domesticated lifestyle in mind.

However, this should not be the case.

Women should be encouraged and supported to pursue higher education and any career they wish to engage in. 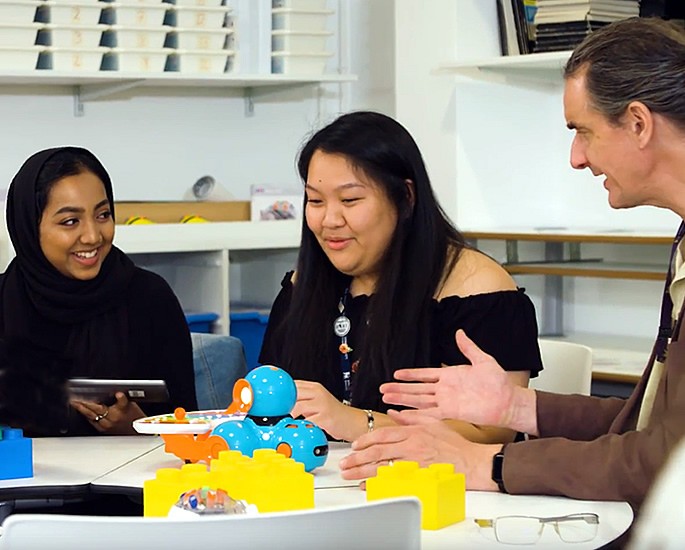 This is not to say that males in ethnic minorities don’t receive an equal level of pressure and expectation.

Imran, an IT student at BCU had aspirations to be a mechanic, however, his mother was concerned about status and the opinions of others.

“I just followed what my friends did. They all were successful and were doing well so I replicated what they did.”

Imran highlights that with a lack of knowledgeable figures to support them a lot of students can be influenced to mimic friends or family members.

This can work for some individuals, but such large life decisions require personal thought and reflection.

Additional resources and support from legitimate sources such as university open days or faculty members would be better to advise on such a permanent commitment. 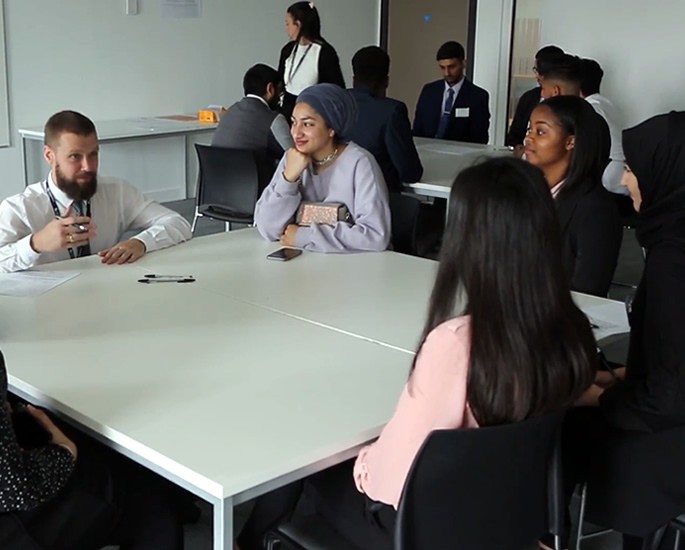 For many of the students interviewed, university seemed like the most logical alternative to unemployment and a life on benefits.

“It was the cheapest and most rationale step. Better than the 95% of my year who are now onto their second or third kid. This way I get to move out, live how I want and do what I want.”

Many of the students expressed how their peers were either now young parents or caught up in a life of criminal activity, namely drugs.

“A lot of them do drugs and are dealing, I steered clear of it, went Mosque, kept my head down and now I’m here. I see them around but I pay them no mind.”

When probed on what their career ambitions were, the majority of the group had vague inklings but were largely unsure.

“I wanted a creative career, but they just don’t pay and I need to have money.”

This conflict of personal passions versus monetary need and a desire for comfort reflected throughout the group.

Sheila shed light on how single-parent families can reflect this:

“I came from a single parent family on a low income.

“I know that while you may have pipeline dreams you have to be practical.”

This complication seems to be prevalent in many BAME students with the group reflecting about how this issue itself has led to confusion with picking a definitive career path.

When questioned about whether they had consulted the university’s career service the response was surprising:

“To be very honest, I wasn’t aware we even had a careers service till recently. It was one of those you know it in the back of your head but you don’t think to go use it.

“It’s a shame because there are a lot of careers services and support systems in place to give students guidance at university.

“It was only when I enrolled on a placement scheme in my second year that I found out about things like the jobs board. Otherwise, it really hadn’t crossed my mind.”

“When I came to university, I had no clue what career I wanted to do but a lot of students are in a similar boat.

“Just talking to them it became clear none of us knew what we were doing and needed some extra guidance.”

The group of students highlighted that a lack of BAME staff was a major reason as to why they hadn’t sought out careers advice at a university level. 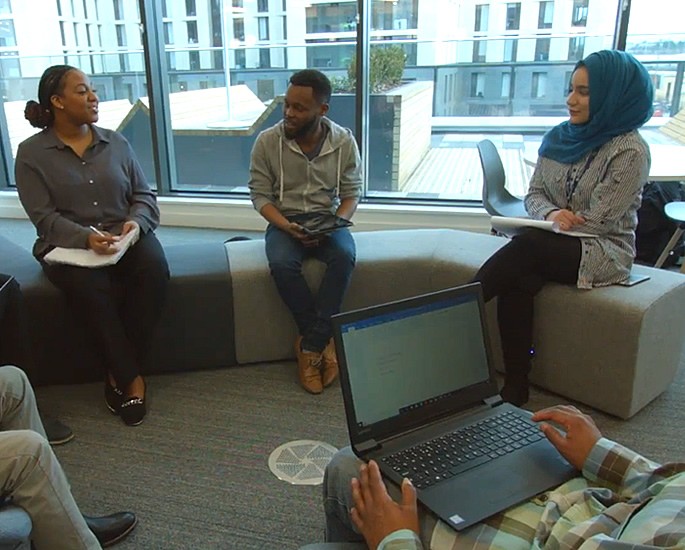 “I get on better with Asians, I can connect with them about culture, expectations and ambitions.”

Which a non-Asian may have trouble comprehending. Non-Asians won’t understand my parents moving here, not speaking English and me having to translate things for them, read their letters and go to doctors appointments. They can’t relate to that.”

“When I was at university I didn’t approach the careers service. But being a part of this conversation here and now I have to agree that having varied cultural staff members would have made me more willing to speak to a careers advisor.

“As I find it difficult to approach and open up to someone who doesn’t share my background.”

The main consensus from the students was, that a lack of relatable staff within educational institutions play a large part in why BAME students don’t access student support services.

The lack of diversity, cultural connection and understanding makes it difficult for these young people to open up and feel they will receive appropriate advice, tailored to their personal experiences and needs.

Once more universities and other educational institutes recognise this need for diversity within their staff, BAME students may be able to navigate their career path more easily.

So, choosing the right university with a good track record in employability can help.

BCU is known for its commendable rate in helping students into employment or higher education after finishing their degree. Within six months, 97.4% of BCU students either gain employment or pursue further study after graduating.

Students can often feel that there are barriers to achieving success – and left unaddressed, these barriers will only grow.

In order to address issues of low social capital, Birmingham City University is implementing targeted careers initiatives that will allow graduates to make a successful transition from higher education into the world of work; employability programmes with a focus on building confidence and resilience, raising aspirations, goal setting.

Some of the events that students have attended include panel-style Q&A events which aim to raise the confidence and aspirations of BCU students by giving them an opportunity to hear from influential role models in industry (particularly from BAME backgrounds).

By increasing student engagement with successful professionals from a widening participation background, we can take pro-active steps in tackling ethnicity-related disparities.