Three brothers who were the ringleaders of a drugs gang have been jailed for supplying cocaine from Staffordshire to the Welsh border.

"We will bring those who deal drugs and spread misery in our communities to justice."

Nine members of a drugs gang from Wolverhampton, Cannock and Walsall were jailed on Tuesday, December 18, 2018, at Stafford Crown Court for supplying cocaine from Staffordshire to the Welsh border.

It was heard that the large-scale operation took place between January 1, 2013, and January 1, 2015. It involved large quantities of cocaine being transported from Staffordshire to Wales with the intention to supply.

Other members of the gang acted as drug mules to drive to Wales with the class A drug.

Staffordshire Police investigated the case under Operation Nemesis which is aimed at tackling drug dealing. All nine gang members were charged in August 2017.

In total, over £200,000 in cash, £40,000 worth of cocaine and 132 mobile phones were seized by officers during the operation. This saw police raid homes, stop cars and witness dealing in Cannock.

Detective Inspector Paul Bentley, of Staffordshire Police, said: “This was an exceptionally challenging and complex case to build.

“The volume of material was exceptional and I’d like to commend my officers for their attention to detail and tenacity in bringing this case before the courts.

“Despite the complexity and challenges such cases bring we hope these sentences deliver a clear message: We will bring those who deal drugs and spread misery in our communities to justice.” 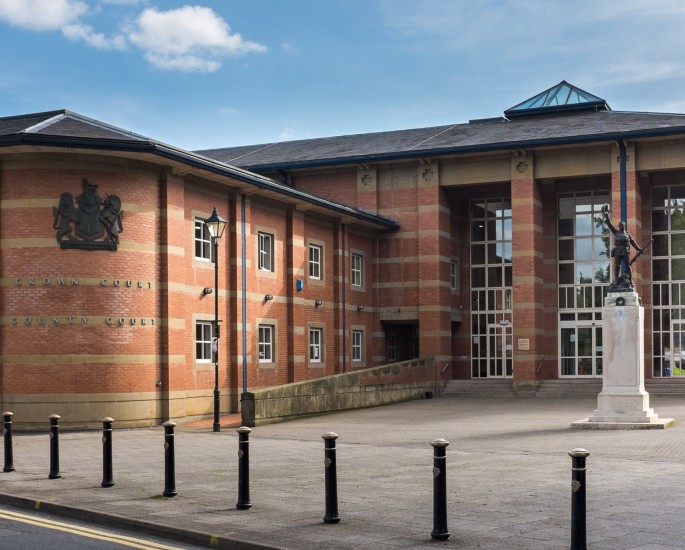 The court heard that warrants were initially executed in July 2013. The addresses of Sandy McInnes, aged 33 and Emily Adams, aged 26, both of Cannock were searched by police officers.

Cocaine was recovered by police officers, both were arrested and charged with conspiracy to supply drugs.

Officers witnessed an exchange between Stephen Coldrick, aged 62, of Wolverhampton, and Sonny Barham, aged 30, of Walsall, take place in Cannock on December 5, 2013.

Shortly after the exchange, Coldrick was stopped by police on Wolverhampton Road.

He had been driving a car which was licensed to Shabaz Saeed and was found to be carrying cocaine with a value of £6,000.

Evidence also placed Coldrick in the King Street and Duke Street area of Fenton, Stoke-on-Trent. Police had seized a kilo of pure cocaine on March 5, 2014, which had led to the arrests of Mohammed and Shabaz.

A list with the gang members’ names on it was also recovered from the address in Welshpool.

All had pleaded guilty at earlier hearings, except for Shabaz and Coldrick who were found guilty following trials.

The three brothers were sentenced to a total of 21 years and nine months for leading the conspiracy to supply the class A drug.

Stephen Coldrick, Sandy McInnes and Emily Adams were jailed for conspiracy to supply drugs. Coldrick was jailed for seven years. McInnes was given seven years and two months and Adams was handed three years and four months.

Sonny Barham was sentenced to 30 months in prison. Martin Lloyd, aged 27, and Craig Hartshorne, aged 31, both of Cannock, each received a prison sentence of 22 months.

Shane Girvan, aged 32, and Robert Jones, aged 26, both of Cannock, were given 40 hours of community service for possession of cocaine in a vehicle, along with other defendants and cash.

Dhiren is a journalism graduate with a passion for gaming, watching films and sports. He also enjoys cooking from time to time. His motto is to “Live life one day at a time.”
Careers and Support at University Level for UK BAME Students
Omar Sharif jailed for Raping Vulnerable Women after Drugging Them