Kareena and Sara get very personal and candid in a discussion about relationships, one-night stands, naughty messages and more.

"We’re in a modern family. A one-night stand?”

This time Kareena quizzed Sara on whether she has done any of the given things while in a relationship.

The first question was on the topic of ghosting. Kareena asked Sara if she had ever ghosted anyone. Sara replied saying:

She further added that she has never checked her partner’s phone or ever cheated.

Kareena then went on to delve a little deeper into Sara’s personal life. She asked whether Sara has sent “naughty texts” but then instantly said, “I don’t want to know this or I hope your father (Saif Ali Khan) is not listening.”

Sara cheekily confirmed that she has to which Kareena asked, “Can I tell him?” Sara replied, “Sure, I mean he might watch it.” 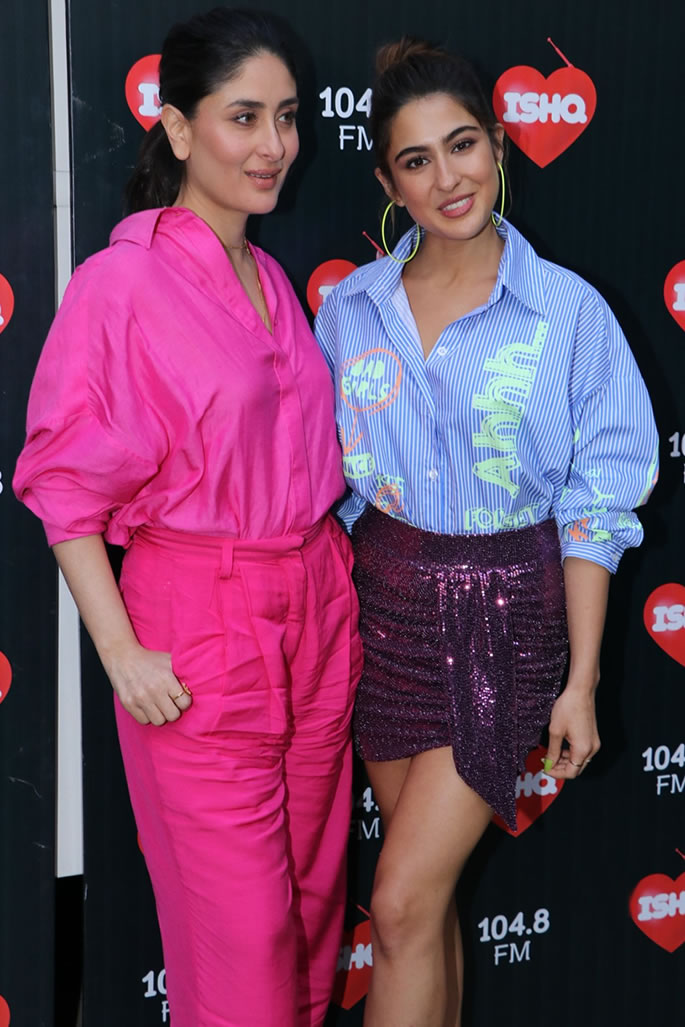 Kareena Kapoor continued to throw another question this time about having a one-night stand. She said:

“I don’t think I should be asking you this question but I don’t know. I mean, we’re in a modern family. A one-night stand?”

Many people are guilty of pulling a ‘no-show’ on a date. Sara revealed that it is something she has sort of done. She explained:

“Maybe. But it’s not like a no-show. It’s like a ‘haan, milte hai’ and then not following up.”

“Not like, ‘I’ll see you there’ and not turning up. Always generic, hawa-hawa mein. Nothing particular.”

On being asked whether she has ever made an excuse to avoid getting intimate, Sara said: “Have you met me? I’m tired of hearing excuses. I don’t make excuses.”

Lastly, Sara was asked about her co-stars. Typically, the rumour mill is sent into overdrive with speculations of co-stars dating.

Kareena questioned Sara on whether her co-stars have ever tried making advancements towards her. She said:

“No yaar. Nobody has ever made an advance on me. I have had very great relationships with all my four co-actors.”

On the work front, the year 2020 is already a busy year for Sara Ali Khan. The actress is gearing towards her upcoming release, Love Aaj Kal.

The film is expected to release on February 14, 2020, marking Valentine’s Day.

Watch the Video to Sara’s Appearance on What Women Want

Ayesha is an English graduate with an aesthetic eye. Her fascination lies in sports, fashion and beauty. Also, she does not shy away from controversial subjects. Her motto is: “no two days are the same, that is what makes life worth living.”
Hina Khan opens up about Her Stalker Ordeal
Suhana Khan partying with Her Friends goes Viral