Varun Dhawan has a condition before Marrying Natasha?

News of Varun Dhawan and Natasha’s impending wedding has been on-going for quite some time. It seems Varun has set a necessary demand before his wedding.

“Both the families are busy preparing for the wedding"

Bollywood actor Varun Dhawan and his long-term girlfriend Natasha Dalal are allegedly set to tie the knot soon; however, Varun has set a condition.

The childhood sweethearts have been painting the town red with their love for one another.

Speculations concerning their impending wedding have been around ever since Varun confirmed that he plans to get married to Natasha on Koffee with Karan.

Until now, it was reported that Varun and Natasha were set to wed in April 2020.

Although it seems their big fat Asian wedding has been put on hold by Varun Dhawan.

According to a close source, Varun has set a necessary demand that must be met before he gets married. This has pushed back his impending wedding.

Reportedly Varun Dhawan wants to wait until after his highly-anticipated film, Coolie No 1 (2020) is released before he ties the knot. The source revealed:

“Varun is having high expectations from Coolie No 1 (2002) which is the remake of the 1995 film of the same name and is being directed by his dad David Dhawan.

“The father-son duo is putting in their whole and soul in the film and it is also being touted to be VD’s (Varun Dhawan) another blockbuster.

“Hence owing to all these expectations and pressure, Varun has laid down a condition that the film will release first and only after that will they be getting married.” 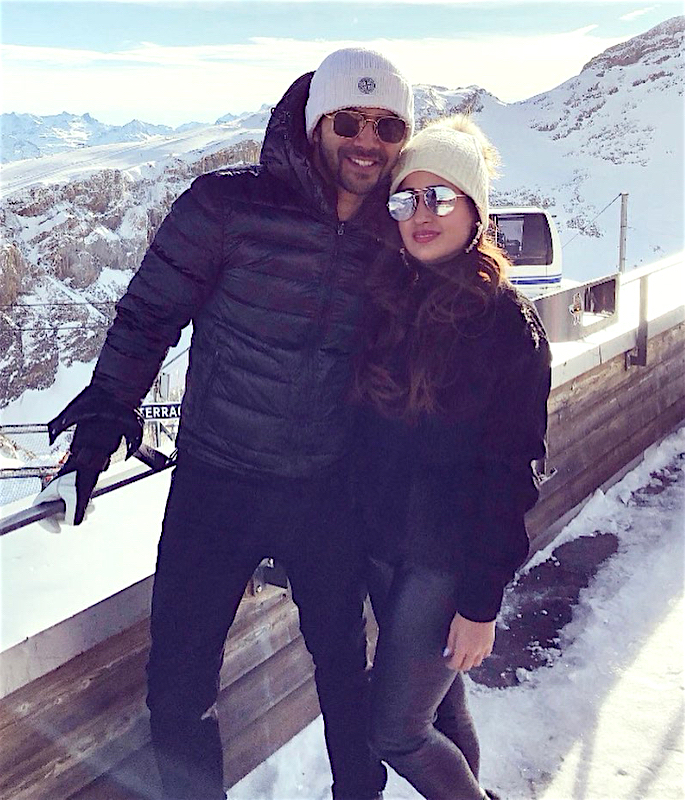 The source continued to explain that their wedding will be a lavish affair. It will be held at the same venue as Priyanka Chopra Jonas and Nick Jonas’ wedding. The source said:

“Varun and Natasha will be tying the knot at the same venue where Priyanka Chopra and Nick Jonas exchanged vows, the Taj Umaid Bhawan Palace in Jodhpur, India.

“It is going to be one big fat Bollywood wedding where the who’s who of B-town will be present to bless the newlyweds.

“Both the families are busy preparing for the wedding and VD is juggling between his work schedules and wedding preps.”

Varun Dhawan’s Coolie No 1 is one of the most awaited film releases in 2020. The film also stars Sara Ali Khan as Varun’s love interest.

Coolie No 1 is due to hit the big screen on May 1, 2020. It seems Varun Dhawan and Natasha Dalal will most likely be tying the knot after May 2020.

Ayesha is an English graduate with an aesthetic eye. Her fascination lies in sports, fashion and beauty. Also, she does not shy away from controversial subjects. Her motto is: “no two days are the same, that is what makes life worth living.”
Jackie Shroff and Tiger Shroff to star in Baaghi 3?
Singapore Social reveals the ‘Real’ Sukki Singapora