The Globalisation of Bhangra Music

Bhangra music has established itself in the UK in all its form, whether musical or dance. Its popularity as a genre is widely recognised and appreciated. DESIblitz looks at the global reach of Bhangra music.

The fusing of Bhangra music and other genres of music began during the 1980's.

Bhangra music formally began in Britain during the 1980’s as young Punjabi’s sought to rekindle the heritage of their motherland.

Inherently linked with culture, Punjabi music entered Britain as early as World War II, during which many South Asians migrated to Britain, bringing with them their South Asian identity and cultural roots.

The development of Bhangra is significant to this period, as the arrival of the Indian diaspora, especially from India and Pakistan’s north-western region, were free to conserve their Punjabi identity. 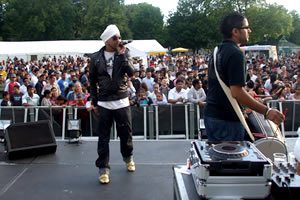 Bhangra was not a strictly identified as a music form until the 1980’s when the era of Bhangra bands such as Premi, Alaap, DCS, Heera and Malkit Singh came into their own. Prior to this it was known as ‘Modern Punjabi’ music in the UK with groups like Bhujhangy, New Stars, The Saathies and Anardi Sangeet Party recording songs and performing at events and weddings.

Punjabi Folk songs from India from artists like Kuldeep Manak, Surinder Shinda were very popular too.

The South Asian immigrants enjoyed listening to this kind of music as it provided an enjoyable pastime for those who found work, which at the time was predominantly factory and foundry based.

Acting as a social factor, Bhangra music developed as a forefront of entertainment in the UK for South Asian migrants, and maintained the festival spirit from back home as many people from the community felt culturally disconnected once they had arrived in the UK.

Many years on, Bhangra music today is still a hit genre amongst the Asian community, and is often played at most ethnic events and festivals.

As a distinct musical form, Bhangra music is well recognised in today’s Western society, and it has certainly contributed to the identity and culture of South Asians in Britain. 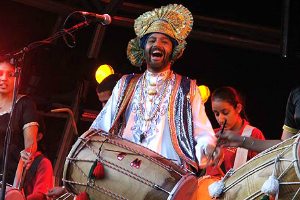 Whether at a wedding, party or enjoying a mela in our home towns the sound of the dhol is always evident.

In significance to this, Bhangra music is a genre which is widely listened to as a feel good factor and generally for entertainment and leisure.

The sound of Bhangra music has showcased its distinct and eclectic sound at various events across the world. It has even presented itself on red carpets and iconic global events, such as the 2012 Olympics hosted in London.

The Opening Ceremony music was composed by world renowned Indian composer/musician A.R Rahman, in which the elements of Bhangra music, from lyrics to sound was evident throughout. This signifies the evolution of Bhangra as a genre and its recognition amongst the Western world.

Maintaining this cultural identity, Bhangra music has crossed over from party halls and wedding venues, to trending nightclub culture. 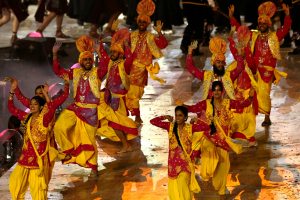 Attracting second and third generation British Asians, Bhangra music has hosted some iconic club nights not only in the UK but worldwide.

The club/rave culture not only showcases Bhangra music, but a fusion of Western sounds that are now widely used in Bhangra songs today.

This fusion of music styles has allowed DJs to experiment with different sounds and elements of traditional Bhangra music, and provided a unique niche.

The fusing of Bhangra music and other genres of music began during the 1980’s. This time period saw rise to the remix era where many British South Asian’s began to use the turntable technique of modern day Hip-hop DJs. Hit songs from Indian movies were used and given a club flavour.

Remixing had originated in the 1970’s in North American discos, where DJs and musicians created different versions of popular songs to give the crowd danceable music.

These remixes became hugely popular in the UK and provided a fresh new genre of music that appealed to British Asians. 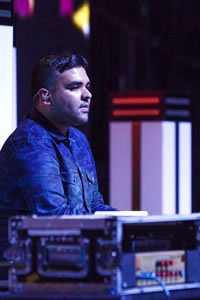 DJ’s in the UK began to set trends and produce hit songs in the 1990s. Mixing from Hindi to Bhangra and fusing the music with sounds of Ragga, Hip-Hop and R&B started to get popular. Non-Asian musicians and studio owners started to help create fusion sounds.

BBC Radio One championed many tracks produced by DJs popular at the time and Asian radio was already supporting the new sound of remixing.

This remix era however did not confine itself to the UK but had crossed waters and entertained as far as the people of Kathmandu becoming popular in Kathmandu during the late 1990s, and the first Nepali remix album was Mega Mix which was compiled by Brazesh Khanal. India also took to the use the remix formula for Bhangra with Bollywood featuring up-beat Punjabi style songs.

This iconic period crossed all around the world and changed the sound of popular Bhangra music, and the UK helped set the trend for the new sound of Bhangra music. Remixing even went as far as India, America, Canada and Spain.

In America, DJ Rekha Malhotra has set her mark on the club scene and is one of the most popular South Asian American DJs.

She specialises in mixing Bhangra, traditional music and dance from Punjab, India, with electronic house music. Her music became hugely popular in New York and amongst the club scene during the early 2000’s. 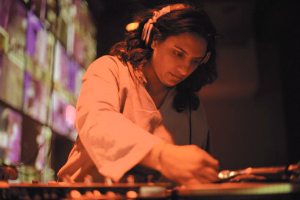 She is widely recognised is the founder of her club night Basement Bhangra in New York City which launched in 1997, and was named ‘Ambassador of Bhangra’ by the New York Times.

This genre of remixing classic Bhangra songs is still evident today and has a wide audience, significantly amongst the British born Asians.

Pioneering DJs today in the UK include people like Panjabi MC and Naughty Boy along with many others, who are fusing genres such as Hip-Hop, R’n’B, Dancehall, Drum and Bass plus many more.

Bhangra as a genre has transcended significantly over the world, not only as a recognised genre of music but still fulfilling itself as a social factor, by entertaining people all around the world through club culture.

As it continues to grow with younger and newer generations of British Asians coming onto the scene, Bhangra is set to continue evolving into something fresh and current to British Asian identity.

Soni, a Film Studies and Journalism graduate has an ambition to work in TV and film. She loves arts, culture and listening to music especially Bhangra. Her motto: "Yesterday is history, tomorrow is a mystery but today is a gift."
Sunny Leone sizzles in Honey Singh track
PTC Punjabi Music Awards 2014 Winners