Hip-hop culture has heavily influenced how we listen to and appreciate music today. British Asian music has being trying to emulate this genre for the last few decades, and now Bollywood and Bhangra music are also catching up.

Hip-hop culture has dominated our influences on music and style for years.

If you heard the words cash, cars, women, money, diamonds and platinum chains what do you immediately think of? Well you would be forgiven for relating them to the Hip-hop world, as that is exactly what it consists of.

The word itself is coined by two words with hip referring to current and hop as a movement. Hip-hop originated from New York, and it is a culture with many different elements.

It holds a worldwide audience for its leading dimensions of graffiti artwork, body breaking dance, turntable DJ-ing and the most recognised form of being rap music. 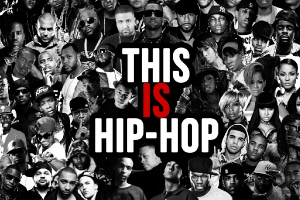 Gangster rap has attracted a lot of media attention due to songs containing explicit lyrical content and the image of rappers portraying themselves as gangsters and pimps.

This image has become associated with rap music and has been continued by rappers ranging from Bohemia to The Game.

Two people founded Hip-hop in the 1970’s, the first being DJ Kool Herc who was producing beats now associated with Hip-hop. These beats were mainly remixes of songs with some rapping or mc-ing on looped beats.

Afrika Bambaataa was the second person to expand on the Hip-hop culture by contributing to the rest of the elements by naming them. Due to its great popularity, Hip-hop culture has dominated our influences on music and style for years. 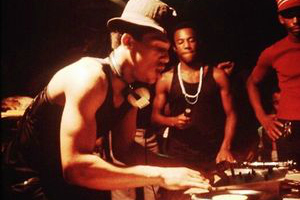 The most commercial element of Hip-hop is music; artists showcase their Hip-hop style through their videos.

This culture has caught on all over the world influencing fashion and musical tastes that in turn people imitate. Whether it is classed as copying or not it clearly is a form of admiration.

You only need to look at the charts to see it’s clear influence on Bhangra, Hindi, British Asian music with artists such as Yo Yo Honey Singh always topping the charts in both the Bhangra and Bollywood industry with hits such as ‘Blue Eyes’.

Currently we have a whole array of UK British Asian rappers such as Panjabi MC, Roach Killa, and Shide Boss not forgetting Jay Sean who achieved a number one single in the US. If we look at the image of these artists you will notice how they are influenced by the Hip-hop culture where luxurious items are on show to display an extravagant lifestyle.

Visually, music videos are becoming more flamboyant as artists try to outdo one another by using more exclusive cars and larger houses.

On a smaller scale they are trying to emulate the same big budget videos their American rapper counterparts produce.

Since 2003, when Jay Z joined forces with Panjabi MC on ‘Mundian To Bach Ke’, more and more famous rappers have featured on Bhangra tracks appealing to younger fans.

Bollywood has also influenced Hip-hop in songs such as ‘Oochie Wally’ (NAS ft. Bravehearts) and ‘Addictive’ (Truth Hurts and Rakim); now Bollywood is returning the favour by producing songs laden with Hip-hop influence and including popular American rappers. 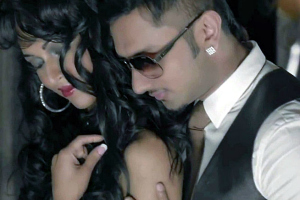 Yo Yo Honey Singh spoke out against bringing in international stars to feature on tracks within Bhangra and Bollywood as he is calling on record labels to promote local talent instead.

Having looked at the number of fans and sales of well-known American rap stars it is obvious as to why they are featured on songs and in videos. Labels and artists are trying to capture a global audience by using specific artists. This is why they let the Hip-hop culture influence them.

Bhangra and Bollywood have modified an already popular Hip-hop culture to suit the needs of an Indian audience. This formula works to sell more to the consumer. Many singles will often be accompanied with a remix of the original single but with an added rap verse on it.

This caters for a traditional and a non-traditional audience. The lyrical content also boasts the same Hip-hop lifestyle as the artists in America. The song lyrics are modified due to cultural differences to make them acceptable to different audiences. 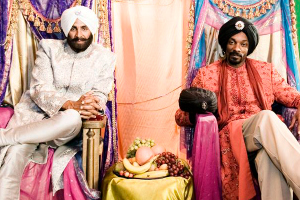 However, Bollywood portrays Hip-hop in a satirical fashion lyrically and also visually such as the time Snoop Doggy Dogg wore Indian attire in Singh is Kinng (2008).

It seems as though Hip-hop continues to grow in popularity due to public demand, often having to change to accommodate a variety of trends.

More and more producers are tapping into this market realising it is a gold mine and the fusion of rap music in different languages and music genres is working.

As American Hip-hop influences Asian music in general and vice versa, this relationship is sure to continue creating more hits. Hip-hop will continue to dominate charts worldwide as artists, both East and West, continue to cater for their beloved fans worldwide.

Jas likes to keep in touch with the world of music and entertainment by writing about it. He does like hitting the gym too. His motto is 'The difference between the impossible and the possible lies in a person's determination.'
PTC Punjabi Music Awards 2014 Winners
Punjabi Sufi Maestro Satinder Sartaaj