Desi rap music comes in different styles but some artists have more influence than others. Here are 10 of the most influential Desi Hip Hop artists.

The song attracted Zoya Akhtar's attention and inspired her

Those following the Desi music scene know that there has been a significant increase in the popularity of Desi Hip Hop.

The music genre was introduced in the 1970s in the United States by DJ Kool Herc and Afrika Bambaataa.

Hip Hop, also known as rap music, gained a lot of popularity due to its unique style of creating music. It soon influenced Asian music and vice-versa.

It has resulted in a number of Desi Hip Hop artists and now there are a plethora of talented performers attracting attention with meaningful and catchy songs.

As time has gone on, Desi Hip Hop artists have become more influential in their native countries as well as abroad. Some have even written songs for Bollywood films.

When it comes to influential rappers, they are all about showcasing their own unique styles as opposed to Bollywood-based Hip Hop.

Here are 10 of the most influential Desi Hip Hop artists. 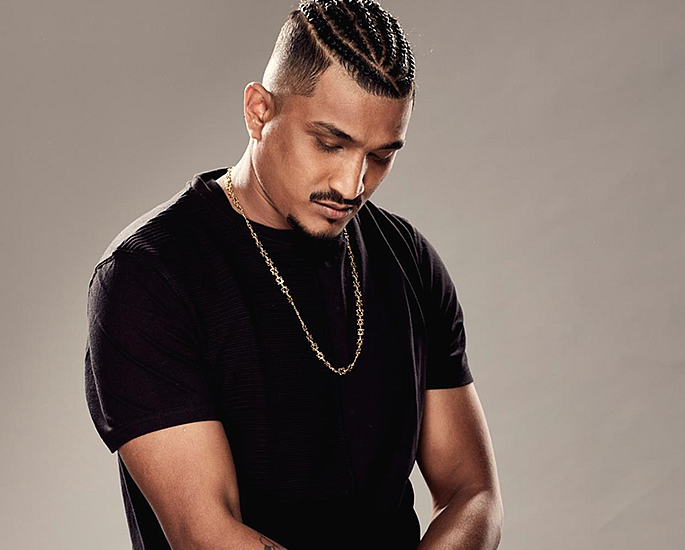 Mumbai-based DIVINE is arguably one of the most influential rappers to come out of India and is one who likes to practice authenticity and rap about his personal experiences.

This includes the life of the poor people in Mumbai as well as his upbringing.

Vivian Fernandes started rapping in English but switched to Hindi verses after a friend recommended him to do so.

Although his rapping style is reminiscent of classic Hip Hop’s sound, his music still manages to stay fresh.

His and Naezy’s lives ended up serving as the inspiration for Zoya Akhtar’s hit film Gully Boy, starring Ranveer Singh.

DIVINE’s influence has seen him come up with his own record label. Gully Gang Entertainment is a company which recruits and produces Hip Hop talent in the Mumbai area. 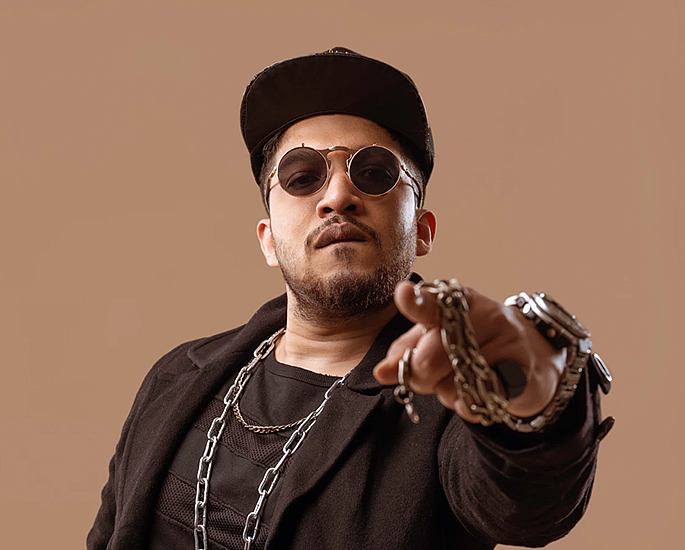 Naezy is another Desi Hip Hop artist who achieved prominence in a similar way to DIVINE.

His real name is Naved Shaikh and he was brought up in Mumbai. Naezy’s love for Hip Hop came after hearing Sean Paul’s ‘Temperature’ at a wedding.

He soon gained popularity. In 2014, he released a music video called ‘Aafat!’ which he made using an iPad. His debut single ‘Aafat!’ ended up being credited as the first track of the gully rap scene.

In the same year, a documentary called Bombay 70 was made on Naezy’s life. It won the best short film award at MAMI.

The collaboration with DIVINE soon followed. The song attracted Zoya Akhtar’s attention and inspired her to make Gully Boy.

Naezy has faced issues convincing his family about his rap career, which was a reason for him leaving the underground rap scene in 2018.

Another reason was to get away from the pressures of becoming more famous. However, the break made him realise his passion for rap music.

Naezy remains one of India’s most influential rappers. 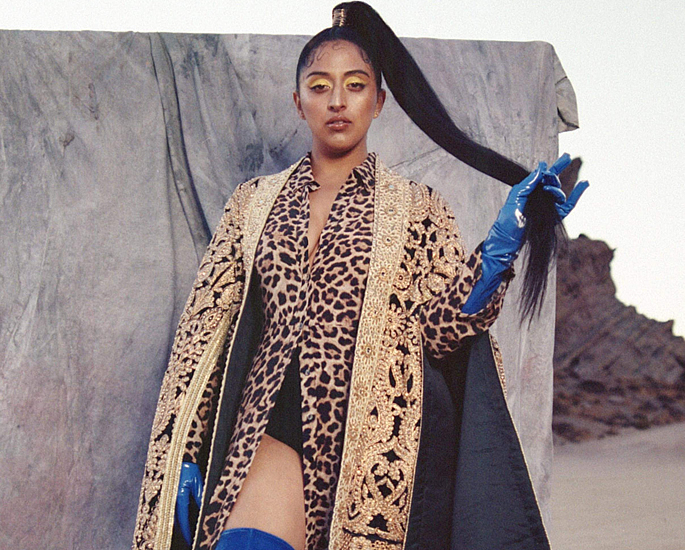 As an American female Desi rapper, Raja Kumari’s rise to success deserves to be praised.

She has overcome the obstacles faced by Desi people in the American music industry as well as the hurdles faced by females in general.

Not only is Kumari a fantastic rapper but she is also a great songwriter. Her talents even extend to classical dancing.

Her popularity grew as she collaborated with the likes of Gwen Stefani, Iggy Azalea, Knife Party and many more.

Kumari’s success led to a Grammy nomination in 2015.

Her emergence as an artist soon followed, with a lot of attention being paid on her collaboration with DIVINE in 2018. 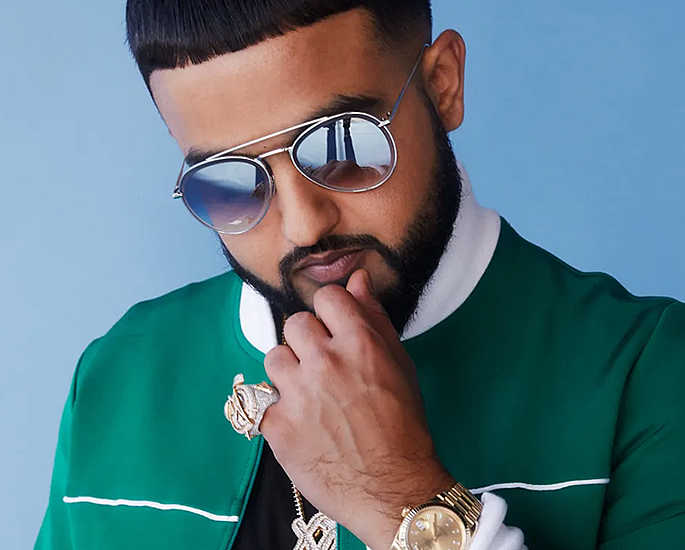 When it comes to Desi success in America, no one can argue with Canadian rapper NAV, who has done it in such a short space of time.

Navraj Singh Goraya is from Toronto and is of Punjabi descent.

He started his music career as a producer, eventually co-producing Drake’s track ‘Back to Back’ in 2015.

NAV’s first song ‘Myself‘ was released in 2016 and it netted him a lot of fans, which included Kylie Jenner.

He has gone on to find his niche as an artist, working with some of the biggest artists in the world. Travis Scott and The Weeknd are just a few names.

NAV released his debut album in 2018 but his follow-up, Bad Habits, achieved success.

It debuted at number one on the US Billboard 200 and he became the first Desi rapper to do so.

His third album, Good Intentions, was released in 2020 and it became his second number-one album.

When it comes to influential Desi Hip Hop artists, NAV is a name which comes to mind due to his success in North America. 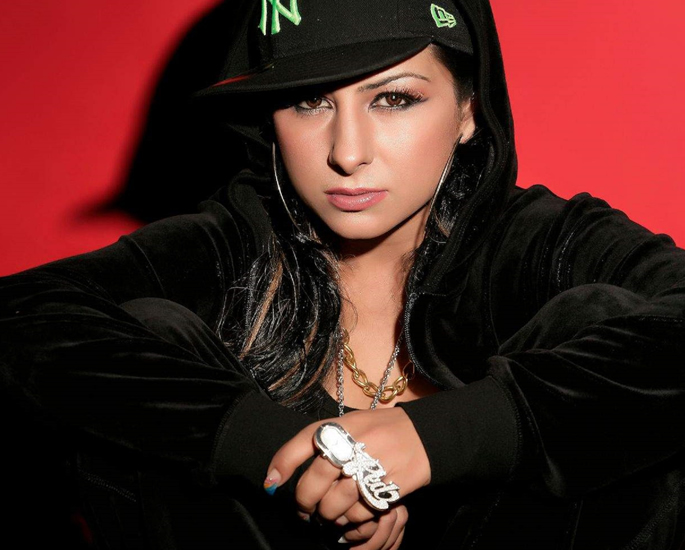 When it comes to influential Desi rappers, one of the most prominent is Hard Kaur.

A pioneer of the Desi female rap scene, Hard Kaur is a superstar who has gone on to sing in various Bollywood films.

Born in Uttar Pradesh, Taran Kaur Dhillon and her family eventually moved to Birmingham. After developing an interest in Hip Hop, Kaur started her career as a rapper.

She released her first solo album Supawoman in 2007.

In 2008, Hard Kaur was nominated for two awards at the UK Asian Music Awards. She went on to win the Best Female Act award.

Although a lot of her songs are Bollywood-based, there is no denying that the artist has done a lot within the Desi female rap scene. 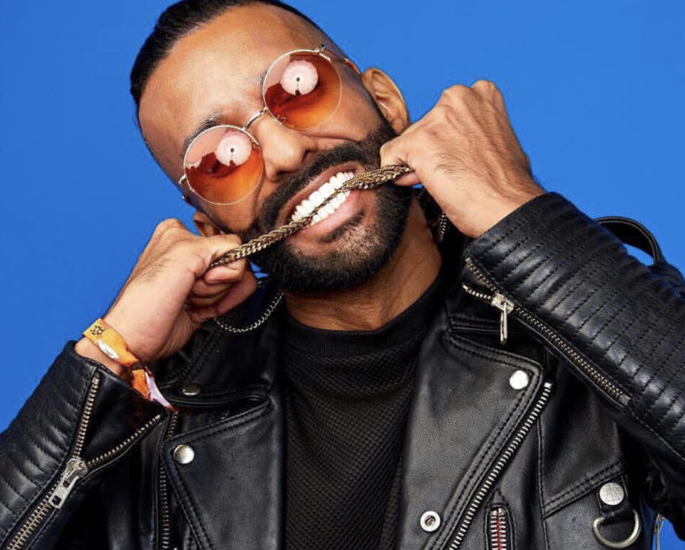 Canadian artist Shah has received a lot of acclaim and had completed his first European tour in 2019.

He describes himself as a Toronto-born revolutionary who had no Desi role-models to look up to when growing up. He intends to become that person for the young people of today.

Shah is inspired by the legendary Tupac but he also takes teachings from the revolutionary Mahatma Gandhi and Malcolm X.

The rapper is certainly making a name for himself in the music industry. On June 18, 2016, Shah was listed as one of the ‘Top 10 South Asian Rappers Who Are Recognised Globally’.

Shah previously told DESIblitz: “I look at the entire world as my fan base, with a specific focus on India after my home audience in North America.”

He is yet to perform in India but the industry excites him, especially when thinking about his future. This is because the most direct path to stardom is through Bollywood.

Having achieved success in America, Shah plans to grow his name in India. 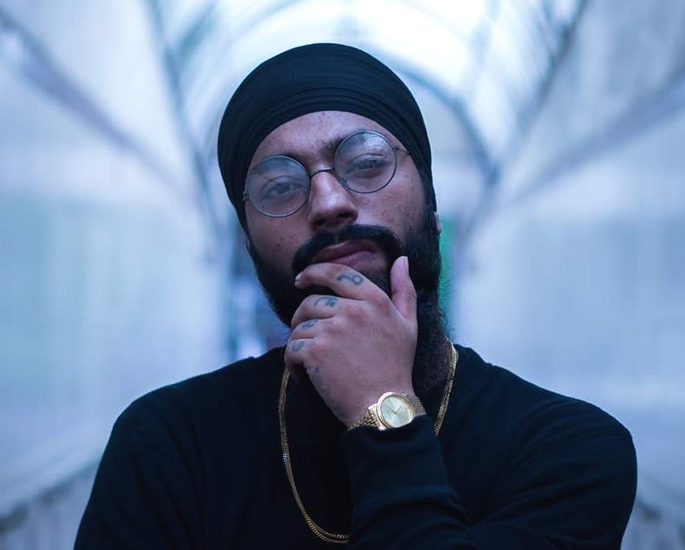 MC Prabh Deep is one of the most unique artists and is keeping the Hip Hop culture alive in Delhi with his Punjabi rap.

Although he may not be as mainstream as other rappers, his rap-style is one of the most influential as he focuses on storytelling.

Prabh’s work addresses wider societal issues such as the pressure being put on students by the education system and their families.

In October 2019, he released his debut album Class-Sikh which is considered to be one of the top works in Desi Hip Hop.

It is an exciting and aggressive creation. Over the course of 12 tracks, Prabh raps almost entirely in Punjabi, mixing R&B melodies and thumping basslines.

Prabh intends to become the king of Desi Hip Hop but with no collaborations with Bollywood.

He said: “I want to go commercial like Badshah did, but I’m making music for myself, nobody else.

“Naezy and DIVINE are my friends, but I can kill them with my verse anytime.”

His versatility as a rapper makes Prabh Deep one of the most influential Desi Hip Hop artists. 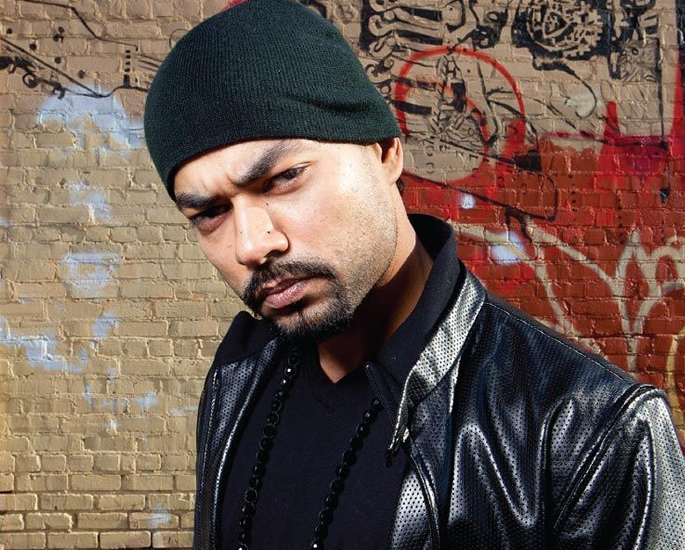 Bohemia is one of the old school Desi rappers, capturing fans in India and across the world.

He has a flow which was popularised during the late 1980s and it has netted him a lot of success.

As time has gone, the style of rap has changed. It may be an old-style that Bohemia uses but the artist has maintained relevance through collaborations.

Bohemia has achieved a lot of success and is now focused on finding new stars.

Through his Kali Denali label, he has enabled many other Desi artists and producers to develop their own following.

With a loyal following, Bohemia has cemented himself as a legend within the Desi rap scene and one of the most influential. 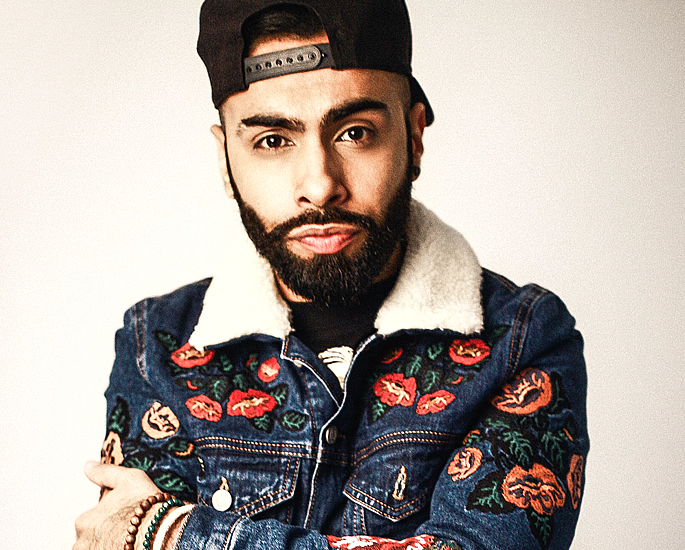 Raxstar is one of the UK’s most popular Desi rappers and first came to prominence in 2005 with his producing partner Sunit.

Their debut single ‘Keep It Undercover’ was about young love and the internal conflict when choosing between following your heart and going against conforming.

“This duality is an integral part of my identity as a British Asian.”

“The culture I inherited and the one I was brought up in are worlds apart but there are millions like me who are also trying to figure it all out. Music is my creative outlet to explore that journey.”

Raxstar went on to create a variety of songs, drawing influence from Bollywood and R&B. This led to mainstream attention.

His mixtapes continued to showcase his versatile subject matter and lyrical prowess.

Raxstar has toured all over the UK as well as internationally. He has also collaborated with over 100 artists, making him one of the most popular Desi rappers. 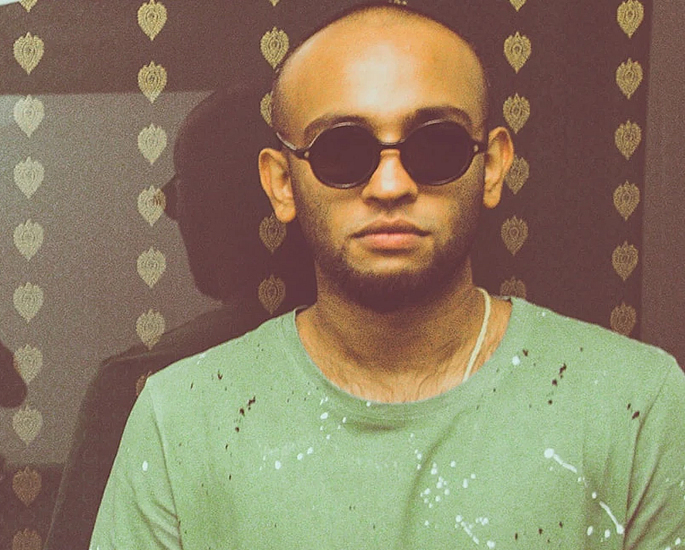 Smokey the Ghost may not be a mainstream name but he is an influential artist in the south of India.

Born in Bengaluru, Sumukh Mysore began rapping at the age of 10 and when Hip Hop was not very popular in the country.

He started off by participating in online rap battles on the now-defunct social media site Orkut.

Smokey has his own style of Hip Hop, taking inspiration from the likes of Kanye West, Eminem and Chance the Rapper.

He first hit fame when he joined Machas with Attitude, a South Indian rap trio consisting of Big Nikk, Brodha V and himself.

The rapper’s concept mixtape, Her Name Is? has been getting a positive response. It is a collection of different kinds of music following a similar theme. In this case, it is the abuse of a woman’s identity.

Within the South Indian Hip Hop community, Smokey the Ghost is one of the most influential.

These 10 rappers have had different ventures into the music industry and offer unique styles. But one thing for certain is that they have had a huge influence on the industry and their fans.

Whether they are trailblazers or chart-toppers, these 10 artists have had a massive impact on the Desi rap scene.

Although popular artists like Yo Yo Honey Singh and Badshah perform rap music, they are more renowned as Bollywood performers.

Desi Hip-Hop continues to grow so it will only be a matter of time before the next big stars are in the limelight.

Dhiren is a journalism graduate with a passion for gaming, watching films and sports. He also enjoys cooking from time to time. His motto is to “Live life one day at a time.”
Chair shares Vision of UK Music Diversity Taskforce
Pakistani Singer Abrar-ul-Haq suffering from Covid-19