Lack of British Asians in Sport

Despite there being close to 3.5 million British Asians living in the UK, not many seem to make the breakthrough to a professional level within sport, DESIblitz explores the issue.

British Asian families do not view football as an achievable career goal for their children.

In almost every park, open field, or playground in Britain you will not fail to see an Asian kid playing sport.

From the likes of football, cricket, rugby, badminton and tennis; but are these kids just playing for fun or do they secretly yearn to compete professionally?

It is said that most Asian kids aspire to become doctors, dentists, accountants or lawyers and that they are pressured by their parents to succeed academically at all costs, but is this just a mistaken assumption, or are there other factors involved?

One British Asian parent explains: “My son plays week in, week out and has been voted player of the year two years in a row for his club but never once has a scout mentioned him when they have been on a scouting mission. 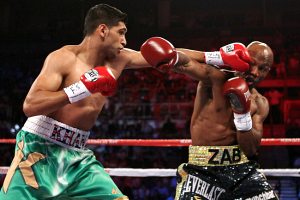 “Instead it’s been the average non-Asian kid who has height! What more does he have to do?”

We are now in the twentieth century and a certain British Asian boxer named Amir Khan is in the spotlight. He has become a global superstar and is fighting some of the best boxers in the world.

His commitment and dedication from a very young age has paid off but will this encourage younger kids to take on boxing as a profession?

Many Asian parents will class boxing as a dangerous sport and therefore will not allow their kids to compete on a professional level. In addition, many British Asian families do not view football as an achievable career goal for their children either.

There are not many British Asian professional sports people, so why would you put your child on a path to something that a parent cannot see much evidence for success? 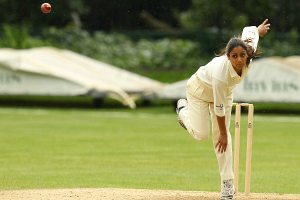 It’s a rare parent who will throw their resources towards a young boy or girl’s dream to becoming say a footballer or a cricketer or even a tennis player; all that time, money and effort may end in no success, and thus result in their child missing out on a more promising career path elsewhere.

There are many Asian kids who religiously follow their favourite sports on television and aspire to become like their idols; to enjoy the perks of inflated incomes, fast cars, houses and endless amounts of bling.

Take football for example; according to a DESIblitz poll, 33.9 per cent of British Asians see football as their favourite sport, while 21.9 per cent love cricket. We also found that the most popular sports league among Asians was World Cup football (at 28.7 per cent) followed by Premier League football (at 17.1 per cent).

It is clear that big football teams like Liverpool F.C., Manchester United, Chelsea F.C. and Arsenal all enjoy a massive Asian following. So why doesn’t this resonate on the pitch? 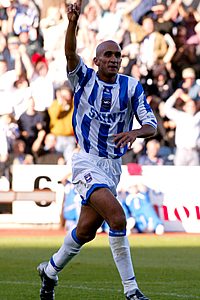 There are some who believe that physically Asians are at a disadvantage; some believe that Asian kids are too weak, their bone structure is not strong enough and height is also a big issue, they are not ‘natural’ athletes.

But are these obstacles stopping British Asians from progressing forward or are they merely being overlooked when stood against a White equivalent?

For all his skills and attributes what if Lionel Messi was Asian, would he have been overlooked? Or is it that in other countries boys or girls are given a fair chance to showcase their skills and then picked on merit?

Many British Asian kids playing on the streets or in the leagues around the country are very skilful and committed, but they rarely progress to a professional level.

In 2011, Zesh Rahman, one of the very few British Asians to make it through to a professional level in football admits:

“They would always tell me to take up cricket instead of football, I was told directly to my face by an FA coach that I would not make it because I had the wrong diet, was scared of the weather and that I liked cricket more than football.”

At that time he was just 10 years old, he has since gone on to make 21 Premier League appearances for Fulham from 2004 to 2006. Racism in sports like football have been paramount over the last decade. Attempts to discourage racist remarks during games have resulted in numerous campaigns like ‘Show Racism the Red Card’ and ‘Kick it Out’. 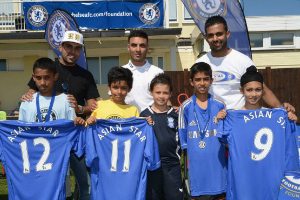 The Chelsea F.C. Foundation has been running an ‘Asian Star’ competition for several years in an attempt to source out new young talent from South Asian backgrounds. But is this enough?

If Zesh Rahman’s experience is how every young British Asian is treated when trying to get into the professional game, is it any wonder there are so few players?

Even if you do manage to go professional, what happens when you get there? Will you be at a continual disadvantage from preconceived assumptions, or will you be judged purely on your talent and development?

In contrast, cricket is classed as the perfect sport for British Asians; and South Asia produces the best players in the world but again not enough are coming from Britain. In India and Pakistan, players are coming through thick and fast and are given every opportunity to perform.

Here we have had a few Asian players that have come through the ranks such as Ravi Bopara, Monty Panesar and Sajid Mahmood, but they have not cemented their place within the sporting elite.

More and more British Asians are taking up sport after the success of the likes of Amir Khan (Boxing), Zesh Rehman (Football), Isa Guha (Cricket), Imran Khan (Muay Thai) and Rajiv Ouseph (Badminton), but have the barriers been broken or is it just the case of a minority over majority?

Sid is a passionate about Sports, Music and TV. He eats, lives and breathes football. He loves spending time with his family which include 3 boys. His motto is "Follow your heart and live the dream."
Most Popular Teams of World Cup 2014
Premier League Football 2013/2014 Week 22