The Lack of British Asians Studying the Arts

Brit-Asians are one of the most underrepresented groups when it comes to studying the arts. We explore the reasons for the disregard of artistic pursuit.

“The scarcity of British Asian role models in the arts can be discouraging.”

Studying the arts is a path somewhat disregarded by British Asians.

For so long, many Asian careers have stereotypically been rooted in the science and financial fields.

This is the long-term goal of decisions made throughout academic life, from GCSE to university level.

It has ultimately culminated in seriously low numbers of British Asians studying the arts at degree-level.

It seems ironic, considering the diversity and richness of creativity in India. Vibrant textiles, traditional folk art, expressive dance forms – all associated with our culture yet somewhat abandoned by British Asians.

We explore why this is the case. 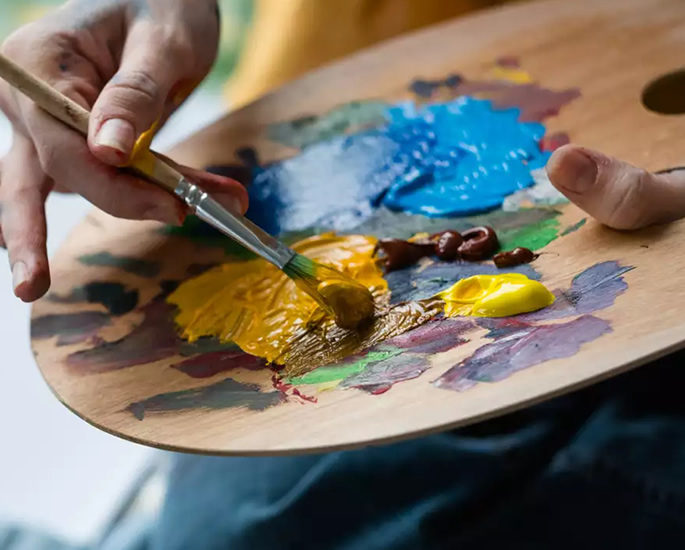 We cannot deny that a level of progression in representation has occurred.

Actor and MC Riz Ahmed, comedian Guz Khan, musical artist M.I.A, actors Meera Syal and Sanjeev Bhaskar are just a few names that have established themselves as prominent creatives in the mainstream media.

Even the Panesars in Eastenders and good old Dev in Coronation Street have done a lot for British Asian representation.

However, are we stuck on simply ticking diversity quotas? Are a handful of actors sufficient representation? Do a few British Asian Instagram artists suggest we have successfully infiltrated the sector?

Moreover, the arts encompass so much more than film and TV. Design, photography, painting, singing, theatre – it is an area bursting with variety.

Yet, again arises the issue of underrepresentation. Many of us would struggle to name a renowned British Indian sculptor such as Anish Kapoor, a fine artist or a screenwriter.

It seems there are few British born South Asians synonymous with the British art scene.

Even on a more local level, this issue persists. Somewhat conforming to the stereotype, accountants, engineers, doctors are often numerous within our families and wider communities.

Are those who pursued the arts equally abundant? Probably not.

Unquestionably, there exist an array of British Asians with artistic passion. However, with lack of representation comes lack of influence.

The scarcity of British Asian role models in the arts can be discouraging. With little exposure to evident success stories, it is incredibly easy to become disheartened. It can deter them from studying the arts completely.

However, some have been able to spin this as a positive.

Alissa studied graphics and communication design at the University of Leeds and now works in the field. She said:

“Being the only Indian on my course did make me question why more of ‘us’ don’t study creative degrees but it didn’t put me off.”

“Not having any British Asian role models in the field was actually encouraging to start something new.”

This highlights the importance of taking the plunge! Wariness of failure could be holding many promising British Asian artists back from the fruition of their creativity.

This should not be the case – if there is no role model, become the role model! 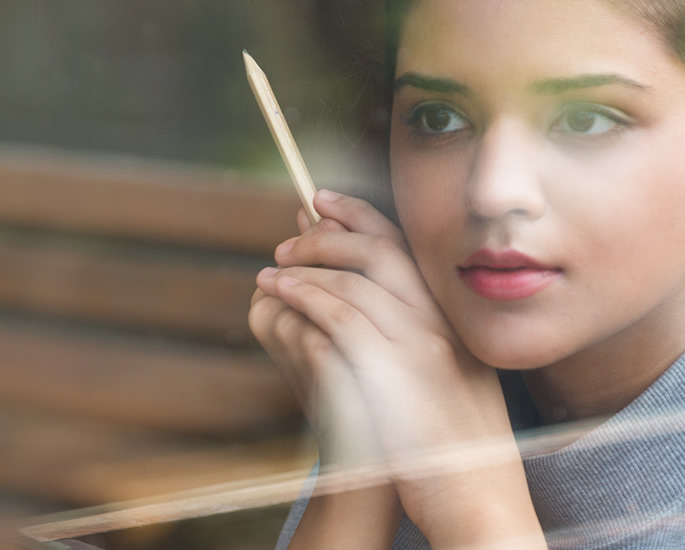 Central to Desi culture is the notion of respecting elders. Many decisions are to be made with the happiness of parents in mind.

Academic choices are a key example of this.

From early on, parents may vehemently push their child down a specific educational route. The end goal, a successful career. Often held in high-esteem by Asians are careers in scientific or financial fields and law.

Ravinder immigrated to the UK in the 70s and strongly urged her children to pursue careers in these sectors. She explained:

“Coming over here, we had a lot of financial uncertainty. We worked all over the place, from shops to factories, all for very little money. I wanted my kids to experience stability and a steady income when they started working.

“Doctors, bankers, jobs like that – they are a lot of stress but they pay so well. And they are very well-respected in our community.”

The intention of Asian parents is wholesome – a desire for their children to be comfortable and prosperous.

Their essential favouring of STEM subjects is rather logical in this respect. For example, according to Save the Student, medical practitioners and engineers are amongst the top 5 most well-paid jobs in the UK.

Unfortunately, parental pressure can cause difficulty in balancing one’s interests with the expectations of parents.

Particularly with immigrant parents, studying the arts might not even be considered a legitimate option.

Anisha is currently a student nurse. Before this, however, she aspired to get involved with teaching or media. She expressed:

“My dad was really keen for me to pursue a medical career. I was allowed to take Media Studies as a GCSE and that was it. To go into the medical field, my A-level choices had to be Chemistry, Biology and Maths.”

This subject trio is especially popular amongst British Asian students. A 2007 report found 16% of Asian-background students to be studying these at A-Level (14% higher than any other ethnic group). This reinforces the Asian preference for scientific careers.

On the other hand, plenty of Asian families actively support artistic ventures.

Aman is a DJ and audio-visual designer for the highly-acclaimed brand Kudos. He, in fact, attributes his creative interests to his parents. He said:

“My mum used to own a vinyl store so music was part and parcel of my childhood – I was always scratching away at the turntables at home. It was where my passion for music was ignited.”

“I was also keen on drawing, and through experimenting with digital mediums, I finally discovered graphic design. Throughout this, my parents, my grandparents, my whole family have backed me all the way.”

Thanks to this support network, Aman was able to pursue Graphic Design at Hertfordshire University.

So, it seems many Asian parents do not, in fact, fit the stereotypical “Be a doctor!” mould that is so commonly associated with them.

Many are beginning to understand – or have always understood– how crucial interest is in succeeding. Where there is passion, there is a natural desire to work hard and achieve!

Instability as a Career 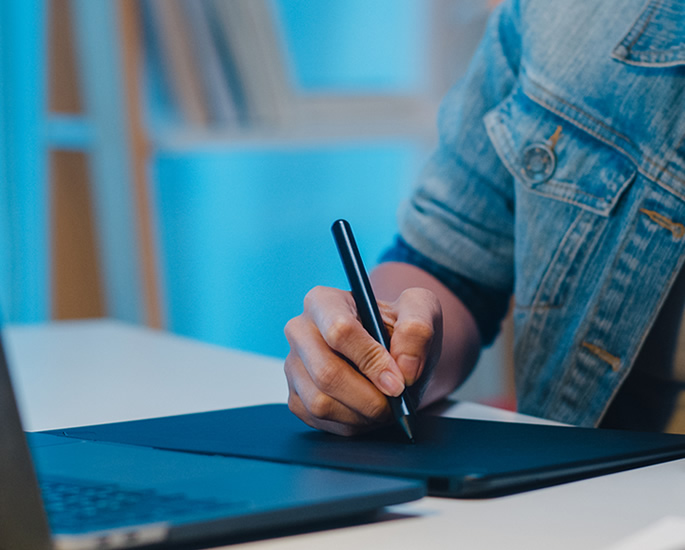 Creative careers are often misinterpreted as offering low pay and little security. It can be dispiriting for students and parents alike.

Consequently, it is not uncommon for parents to sideline artistic interest simply as a hobby. This is a fundamental factor contributing to the low numbers of British Asians studying the arts.

Preeti has always been enthusiastic about makeup. She was eager to study theatrical makeup at university with the dream of working on film sets.

However, her parents had reservations. She explained:

“I don’t think they considered it a serious thing. I was allowed to take Theatrical Makeup as one of my BTECs but that was the extent of it.

“I work as a dental nurse now but I am so motivated to continue doing makeup and make it my career.”

The appeal of certain degrees for some British Asians can be purely the job prospects. Aaron studied Business and Law at university initially, for this very reason. He said:

“I just thought it would be a good route, and stable. But graphic design is where my passion really lies. I thought about just sticking it out and finishing the course but I knew I would be unhappy.”

British Asian students often find themselves grappling with similar decisions. In such a case, it is worth remembering the value of being a creative professional.

The creative sector is absolutely thriving with a worth of around £100 billion in the UK.

According to UCAS, around 77% of arts graduates enter employment right after university. Admittedly, beginner and junior roles in the arts do not enjoy the salaries of some sectors.

However, hard work and perseverance are key to climbing the ranks.

Dhillan Bhardwaj started customising clothes in his garage at home. Two years later, he had his own premises for production.

His brand, Ratchet clothing, made Dillan a millionaire and a known name in celebrity circles. Who said creativity does not pay!

Moreover, British Asian creative entrepreneurs are making conscious efforts to put themselves in the limelight.

Social media has been pivotal in this. Instagram is one such platform, positively brimming with promising talent.

Makeup and mehndi artists, singers, DJs, music producers, designers – you name it. The multitude of British Asian creatives attempting to spread and publicise their work is refreshing.

Even more heartening is the network of support afforded by such platforms. Praise from friends and strangers alike can be incredibly motivating.

Harveer completed a year of Creative Media Production at university but took some time to consider his next steps. It was the inspiration of his friends and family that ultimately helped him decide. He says:

“Having your mates share passion for the same things you do is great. We can collaborate, work together, push each other.

“Seeing them succeed in the field drives me to succeed too.”

The Value of the Arts 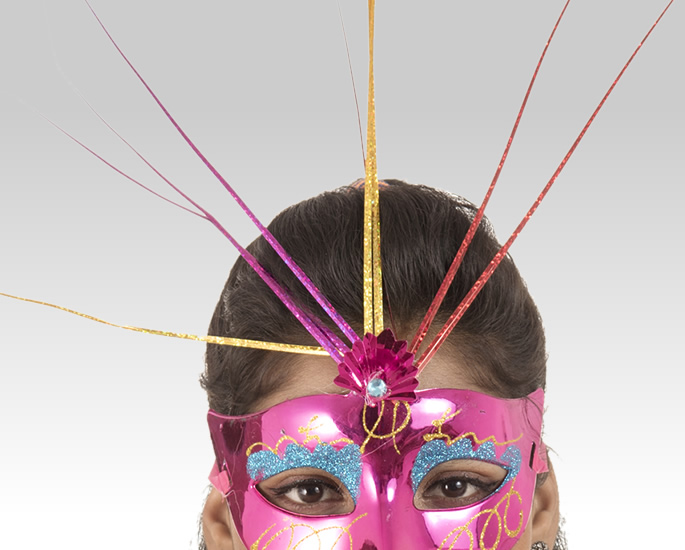 At the very heart of Desi tradition lie the arts. India is renowned for its creativity – magnificent architecture, surreal paintings, exquisite embroidery, the list goes on.

The distinctive expression of these art forms regionally only further adds assortment to culture. In this respect, the arts are truly priceless. For us to lose sight of this would be a real tragedy.

Culture aside, the arts diversify us as individuals too. They stimulate us differently compared to standard academic subjects, engaging more of our senses.

For some, they provide a platform to direct energy; for others, they are an opportunity to relax.

This is all thanks to the numerous and varied components that form the arts.

The plethora of arts degrees available is testament to this too. Whatever aspect of the arts excites you, there is almost certainly the opportunity to study it.

The goal of university has been somewhat diluted to simply finding employment. It seems a waste to study solely for this purpose. However, university is your chance to immerse yourself in your passion, to become a connoisseur in it.

Particularly, the access to leading professors and top quality facilities is a unique opportunity. Whilst developing your artistic skillset at home is viable, the mentorship and amenities at university would only enhance your progression.

So, it is more apparent than ever that British Asians can flourish in the arts. Up and coming talent surrounds us and soon, will be at home in the UK mainstream.

There is no reason why you should question studying the arts if it is where your passion lies. In a society where economic value reigns, the diversity the arts provide is priceless.

In chasing your dreams, no aspect of your identity should be a hindrance. Our British Asian identity even gives us an edge.

The amalgamation of the two cultures that we possess is a gift. It exposes us to a multitude of people, creative ways of thinking and unique ideas. Therefore, studying the arts provides the perfect platform to express this.

Monika is a Linguistics student, so language is her passion! Her interests include music, netball and cooking. She enjoys delving into controversial issues and debates. Her motto is “If opportunity doesn’t knock, build the door.”
12 Indian Arts & Crafts you can Learn at Home
Famous Pakistani Graffiti Artists