The History of Henna and Mehndi

When it comes to South Asian beauty, henna and mehndi come to mind and is typically used for celebratory events. We look at the long history it’s had.

The history of henna dates back 9,000 years to ancient Egypt

Desi weddings are incomplete without henna. This type of temporary body art is commonly seen during celebratory events and is done to highlight happiness.

There are even events which consist of women applying mehndi to each other.

It’s an important element in the heritage and traditions of the Desi lifestyle. Intricate patterns are applied to a woman’s hands and feet during events like weddings and engagements.

Apart from it being used as a form of creating body art, henna has been used as a hair dye.

Its use as a way of creating body art was common in South Asian countries and typically used by Desi women.

However, it has become popular all over the world and western women are also participating in the art of henna wearing.

Henna has had a long history and has been a representation of celebration for hundreds of years. Let’s have a look at where henna originated from.

The Difference between Henna & Mehndi

Both of these terms mean the same thing. The word ‘mehndi’ holds a Hindi origin. On the other hand, the word ‘henna’ has Arabic roots.

Both terms describe the same dye, however, the difference lies in the use of each.

Henna is the scientific name of the plant from which it is extracted. Mehendi is the name widely used in the Desi culture.

Its origin is from the Sanskrit word “medhika”. It is generally used to describe the term henna in Hindi or Urdu.

The Origin of Henna 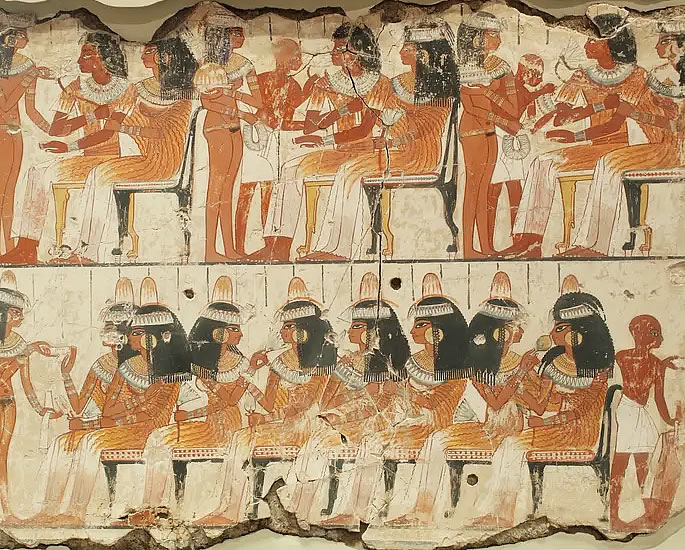 Mehendi is basically the art of applying henna to the body. It is a powder that is extracted from a plant. The leaves of the plant then are crushed into a fine powder.

The word Henna originates from an Arabic word “Al-Hinna”. The plant is typically found in warm climates such as Egypt, Kenya, Afghanistan, Iran, Pakistan and India.

The history of henna dates back 9,000 years to ancient Egypt as a means of colouring their hair and nails to make themselves more beautiful.

Egyptians also painted the nails of the mummies before burying them.

After centuries of migration and socialisation, its origin has been difficult to determine. One cannot put a finger on the timeline as to when this started.

In the written record, Ebers Papyrus, which is a medicine-related book, it is said that henna may have been around since 1,550 BCE.

This book carries treatments for injuries and it stated many medicinal advantages for henna. It says that it can be used for rashes and headaches.

While it explains it’s origin as a health benefit, there is no origin for the use of henna as a beauty product.

But there is some indication as the people of Catal Huyuk used it on their hands in 7,000 BCE.

Some historians have said that henna originated from India. Others hold the claim that it was brought to India. They say that the Mughals brought it in the 12th Century C.E.

The claims don’t just end here. Some say that using henna started in the Middle East and North Africa.

Ancient civilisations had a distinctive set of beliefs. Therefore, the use of henna was no exception in their time. It is believed that henna helped them to stay connected with their spirituality.

Historians found the use of henna in various other parts of the timeline. Some paintings found suggest that Queen Sheba also used this form of art.

Catherine Cartwright-Jones believes that henna came from Crete, Greece. Its history is as old as 3,000 to 6,000 BCE. But the clear evidence remains that of the mummies.

The wall paintings in Santorini featured women with it on their nails and feet. These techniques have been observed in a number of places.

Ancient civilisations were aware of the properties it contains. While it’s true origin is debatable, it has become a very popular form of temporary body art.

Henna in the Indian Subcontinent 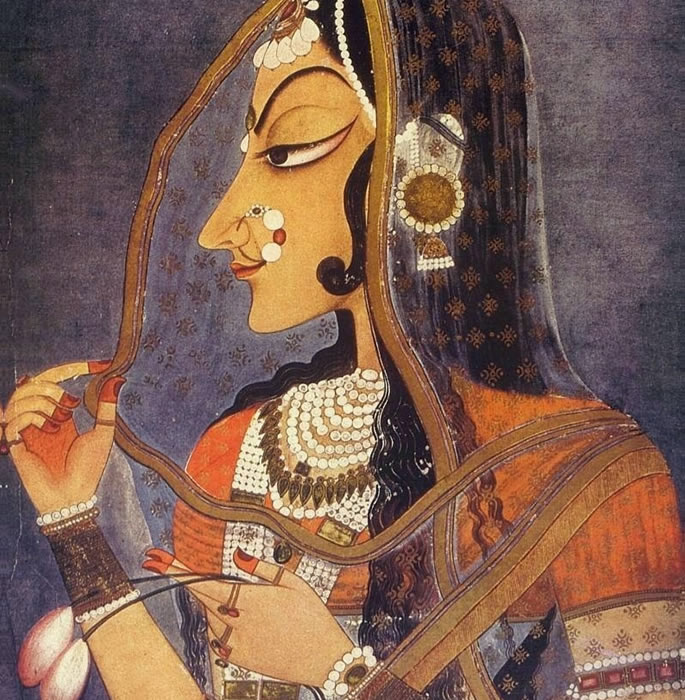 The history of henna in the Indian subcontinent is a very interesting one as some researchers strongly believe that it originated there.

Mughals introduced it in the subcontinent during the 12th Century. Initially, it was used by Royals but later began to be used by all.

The presence of henna goes back to the 4th and 5th century. In Ajanta (India), several murals depicted women with henna as body paint.

It was also thought that desert communities are the reason behind its prominence. Henna has a cooling effect when applied, so they benefitted from it.

The original application gradually turned into an intricate decorative style. This became part of both Indian and Pakistani culture.

With the passage of time, this trend spread to nearby countries. It became common as a beauty product in the subcontinent. 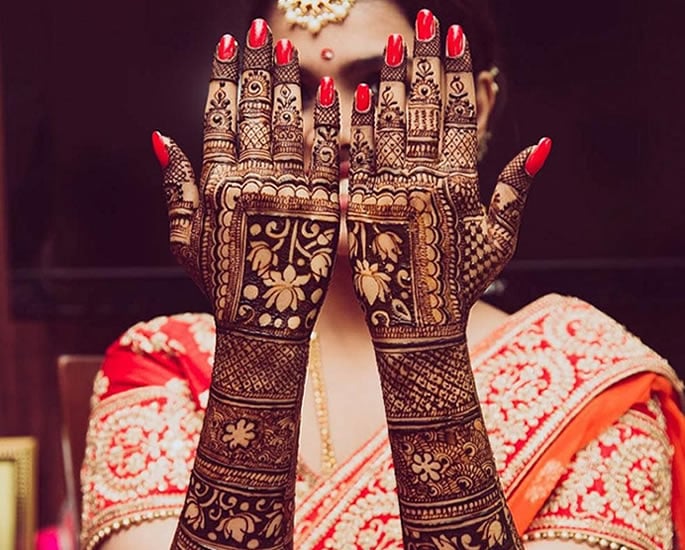 A specific day called “Mehndi Ki Raat” became a part of all Desi weddings. Its temporary nature made it highly attractive. It’s applied on brides prior to the wedding ceremonies.

To this day, henna is applied by brides. We all can agree on the elegance that mehndi gives to a bride.

Henna in the West & Popular Culture 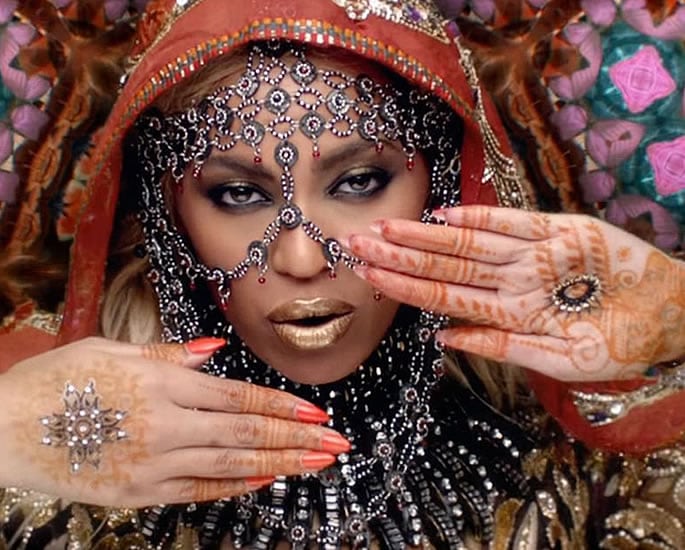 The beautiful stains of mehndi are used as a temporary tattoo and now it is getting a lot of attention in the west.

During the 1990s, these temporary tattoos went to the West with the immigrants. It became popular among celebrities.

From Beyonce to Madonna, all of them sported this art. Catherine Zeta-Jones and Naomi Campbell also pioneered this art in the West.

Madonna’s appearance with mehndi received a great response and sparked an obsession with this art.

Even Bollywood has many stars sporting mehndi on-screen. Actors are seen on the big screen applying mehndi on themselves.

One moment is in 2016 film Ae Dil Hai Mushkil where Ranbir Kapoor is wearing mehndi on his hands.

Shakiba is a henna artist from London. She said:

“Mehndi isn’t just a trend in the East anymore, it is increasingly getting recognition in the UK, not just in Wembley or Southall but in Central London as well where tourists from all over the world come to my shop.”

The painless and simple application are some of the reasons for its popularity. It is also the fact that when done right, beautiful patterns are created. 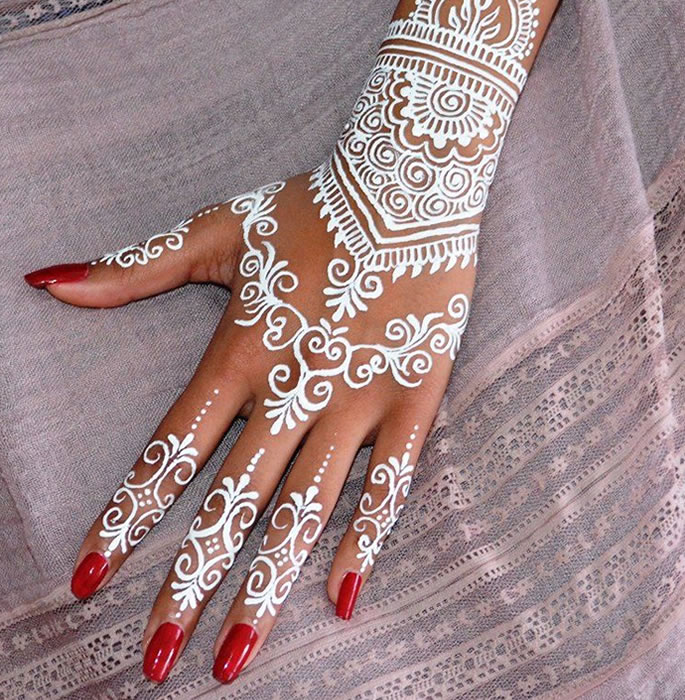 Apart from the standard use of henna, there are a number of alternatives which can be tried. They can be found almost anywhere. Here, we mention a few of the options available.

ALTA is also known as Bengal rose. It is typically used by the Bengali women on their hands and feet.

Digitally embellish temporary tattoos are another great replacement. It has been a recent interest in weddings. This is a great alternative as it gives an authentic appearance of temporary body art, however, it is costly.

Temporary tattoo stickers are the easiest alternative as it only takes a short while to be applied. Placing the sticker on the desired body part and peeling it off after a while will do the work.

White henna is a great option for those who do not like the smell of regular henna. It is odourless and doesn’t take long to dry.

Foil tattoos also serve the purpose quite fruitfully as they remain on the body for around a week. The application is easy and the removal can be done by rubbing alcohol.

In the beginning, people used to apply mehndi on the hands and feet during hot weather as it would cool down the body.

People then applied it on the body using fingers and twigs which is where patterns began. It soon turned into elegant designs that are now used today.

Henna has been effective in the treatment of ringworms and athlete’s foot. It is a natural product that keeps the head cool and a great remedy for hair loss.

Mehndi has been a popular choice for women when it comes to looking their best on their wedding day. The detailed patterns are traditional and are a prominent aspect of Desi culture.

It has since become popular among western women who love it as a form of body art.

Apart from its obvious beauty benefits, there are a number of health benefits that it possesses.

Henna has had a very long history but it’s true origin still remains a mystery to an extent.

Biya is a Medical professional who enjoys indie music and movies. She loves travelling and spending time with her family. She lives by the motto, "Today is yours. Own it."
7 Beauty Secrets of Aishwarya Rai Bachchan
Best Bridal Makeup Tips for Your Desi Wedding