The Popularity of Hair Dye

Most of us use it, whether it’s to keep up with the latest fashion trends or to hide those unwanted greys. But how much is too much? If it’s potentially ‘bad’ for our hair, why do we still continue to use it? With so many different types of hair dye on the market, the trend is very much a growing one.

With thousands of shades on the market to suit all women and even men, hair dye is a multi-billion pound industry.

Back in the day, hair dye wasn’t seen as an essential, must-have beauty cosmetic. It was more of an art form for the Ancient Greeks and Romans, as colour was usually removed from naturalistic products, such as Turmeric, Walnut shells, Alma and Camomile to name just a few. Today we see hair dye in a very different perspective.

In ancient history you wouldn’t be spoilt for choice with a range of colours, let alone different shades. Rather than making it a fashion statement, it was more about the enchanting invention that the Ancient Greeks and Romans had created. Historically, it was revealed that there were over 100 recipes made from natural ingredients, one of them being Henna. However, they were only be able to produce mixture that would just darken the hair. 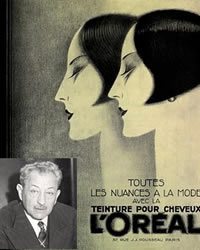 It wasn’t until 1907 when French chemist, Eugene Schueller invented the first ever synthetic hair dye. He is also the founder of the internationally known, beauty cosmetic brand L’Oreal. The first chemical hair dye wasn’t recognised, and therefore not hugely popular. People were more familiar with natural hair dyes, especially Henna, it was seen as safe and consistent. It was only when celebrities in the 1940s started popularising the brand of chemical hair dyes, which got it trending.

It was all about the Henna (also known as Mehndi) back in the early 90’s, it was one of the most widely held natural hair dyes, and is still being used today. 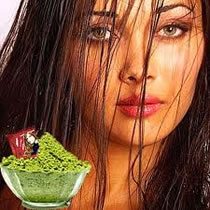 Henna is simply made from a plant called Lawsonia, which is turned in to a powder like substance. To apply it to the hair, you add water turning it in to a thick paste. Henna is known to be 100% natural. Or is it? Well, it is if it turns your hair darker, or even a tinted reddish-orangey colour, depending on the amount of time it is left on. And it’s safe to say, it can go horribly wrong.

Women are the biggest user of hair colouring but men are now also making the effort, especially to retain the youthful look when it comes to hair colour.

Most men usually choose to keep their hair colour grooming business discreet. As men shy away from revealing their truthful age, and prefer people to think they’re maintaining a natural youthful look. However, we do see some men over do their hair a little too much, especially when it comes to the henna hair dye. Or, they have left it too long with grey roots showing.

It doesn’t stop there, as there’s also a market for chemical hair dye which is especially designed for men. In a range of different colours, so you’re not only covering the dreaded greys, but can have a whole new look. Encouraging men to go one step further in looking younger. 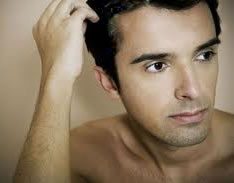 British Asian men are likely to use hair dye to cover greys, rather than making a fashion statement. Whereas, in South Asia, males prefer to use Henna hair dye. Although the chemical hair dye market is now growing in South Asia. Traditional Asian men tend to apply Henna to their beards too, in order to match it to their hair colour or give it a distinct colour like orange for religious reasons too.

If you’re using Henna which says it’s going to turn your hair from black to blonde, then it seems like your using compound Henna, which is not 100% natural. Without getting too scientific, compound henna is when you mix the Lawson ia with a chemical like, metallic salts. The most commonly used ones are Copper, Lead acetate and Nickel. This can arguably damage you’re hair, leaving it dry, brittle and coarse.

Almost all leading cosmetic brands all over the world, seem to sell chemical type hair dyes with huge choices for women. According to a survey of a group of women, a whopping 90% prefer using chemical hair dye. 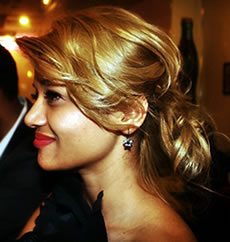 Nancy stated: “I use a home hair dye kit, Clairol root touch up every two weeks. It’s nice and easy, as I only keep it on for 10 minutes. Natural hair dyes are too time consuming.”

The first signs of ageing for most us, usually start from our hair. We panic as soon as we see our first grey hair, the first and only solution seems like a box of hair dye.

However, today it seems more and more people are starting to dye their hair at a very young age. Not because they’re getting grey hair, but just to follow the latest trends and their fashion and music icons. For example, the red head look of pop star sensation Rihanna. But how important is it really to dye your hair, when it can lead to unwanted side effects? 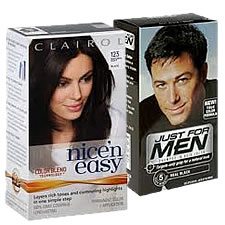 Kiran who is 19 years old said: “Well I used to dye my hair every month last year and noticed it getting thinner. I’ve only dyed it twice this year and feels much healthier. I like changing my hair colour a lot!”

There have been recent cases where home hair dye kits have lead to serious illnesses, where people have been left brain damaged, it’s even lead some people to have cancer. Many people have experienced treacherous side effects, such as leaving them with a swollen face, breathing difficulties, itchy skin and hair loss.

In 2007, The European Commission introduced a ban on 22 hair dye substances due to their dangers. Amongst the different substances, reports claim the causes of these reactions are due to a chemical called para-phenylenediamine (PPD). This chemical appears to be in a lot of the home hair dye kits commonly available in stores. So, it is best to avoid PPD based hair dye. 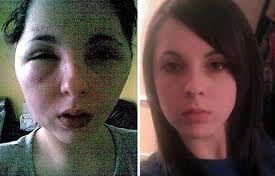 This raises the question, what is the safest way to dye your hair? Alternative hair dyes are being developed. One company’s organic and mineral research laboratory has found a way of making peroxide from avocado oil and it is far less irritating to the skin. They have also discovered an alternative to ammonia commonly used in dyes. Derived from coconut oil, it isn’t irritating and has no nasty smell. Look for products that are ammonia and peroxide-free and use vegetable-based dyes.

Another option is a hair salon. But a lot of you would agree that a trip to the hair dressers every month could be very costly, due to the extortionate prices at some of the leading salons.

Raj who doesn’t like to use home hair dye kits said: “I prefer going to the salon every 6 to 8 weeks, as they make the hair dye from scratch specifically for my hair. It’s a bit pricey but worth it.”

With the uncountable brands of different types of hair dye, we’re easily dazzled in over indulging ourselves and experimenting with new colours. But, it’s fair to say it’s very important to read the small print when choosing hair dye and know what you’re putting on to your hair and scalp. Also, it is a good idea to carry out a patch test on your skin before applying any new hair dye product.

Or, you could just grow old gracefully, and let the grey hair be part of your natural look, which is always a sign of wisdom and maturity.

Sonia has a passion for presenting and journalistic challenges. She has a special interest in music and Bollywood dancing. She loves the motto 'When you've got something to prove, there's nothing greater than a challenge.'
Young Girls care more about Body Image
How to Live a Maximum Life!