The Rising Popularity of K-pop in South Asia

K-pop has taken the world by storm, but its South Asian success is rarely talked about. DESIblitz looks at the rise of K-pop in South Asia.

While K-pop’s popularity in Western countries continues to grow, the industry has also been well established in South Asia for a while now.

Music became a central part of Korean culture following the democratisation of the South Korean government and the influence of Western pop culture during the latter half of the 1980s.

Its origins began with Seo Taiji and Boys whose success set the tone for the success K-pop would experience years later by fusing elements of American music with traditional Korean sounds.

These elements are still very much present in today’s K-pop and it is just as embraced in South Asia.

From the likes of BTS, Blackpink and EXO to classics such as BIGBANG, Girls’ Generation and Super Junior, K-pop has been adored by Desis since the early 2000s.

But why are South Asians so supportive of a culture that is distinctly different from their own?

DESIblitz examines the rising popularity of K-pop in South Asia. 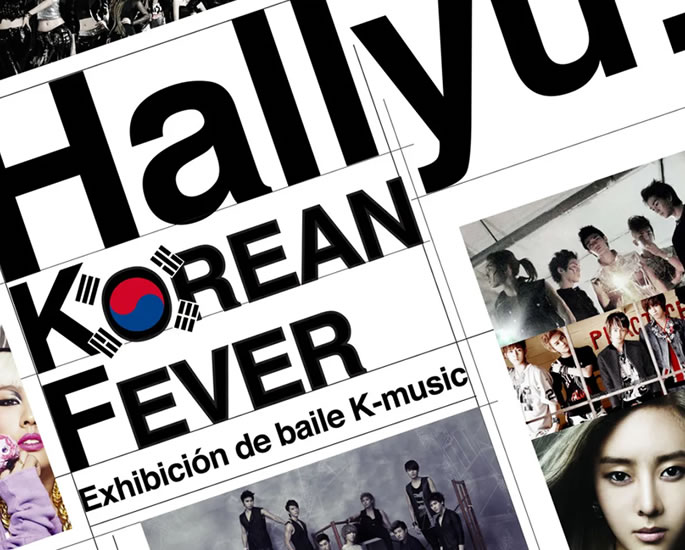 It is important to understand how K-pop gained worldwide popularity.

The Korean Wave (Hallyu) refers to the fast growth of Korean culture across the globe.

“Since early 1999, Hallyu has become one of the biggest cultural phenomenons across Asia.”

“The Hallyu effect has been tremendous, contributing to 0.2% of Korea’s GDP in 2004, amounting to approximately $1.87 billion.

“More recently in 2019, Hallyu had an estimated $12.3 billion boost on the Korean economy.”

Due to geographical proximity, the wave first hit China and Japan before reaching South East Asia and eventually the rest of the world, including Desi countries.

India was first touched by Hallyu in 2000 when a secessionist group in Manipur decided to ban Hindi films and shows.

This left locals searching for entertainment in other areas.

In this case, the language barrier ironically proved to be in favour of both Indians and South Koreans as popular channels such as KBS World was broadcasted across India’s Northern States.

As these locals travelled around South Asia, they brought their newfound interest in South Korea with them, resulting in a swarm of fandom across India.

But it was not until the release of ‘Gangnam Style’ in 2012 that K-pop truly started gaining popularity in South Asia.

The song trended on social media and presented South Korea with an efficient way to export their culture.

In an interview with Dawn, a Pakistani fan explained:

“What attracted me to them, in particular, was how they would use (these) medium(s) to not only talk about important themes of mental health, class inequality, privilege, self-love, but also their personal struggles as rising but struggling artists and humans, utilising so many different genres to do so.

“And it’s rare, if not completely new, to see artists use their platform to advocate for sincerity and while being the embodiments of that same message.” 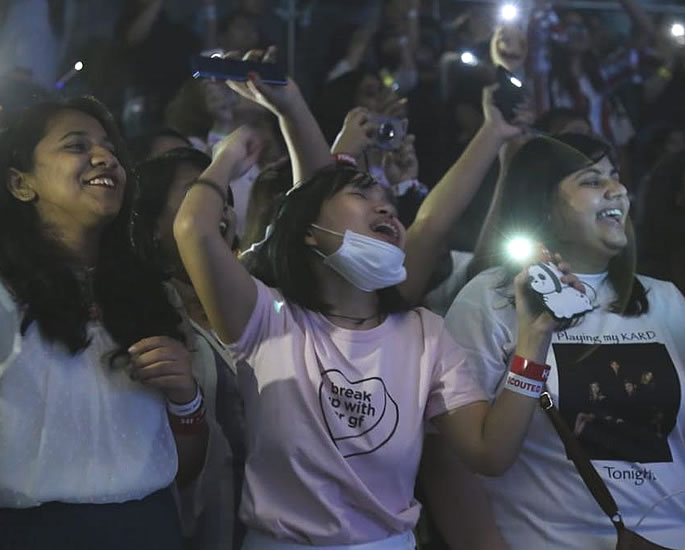 Since its entry into South Asia, K-pop has made numerous accomplishments.

For example, Love Yourself: Her by BTS debuted at Number One on the iTunes India charts.

These achievements are attributed to the incredibly harsh standards of idols in South Korea.

This is because the nature of the K-pop industry is one that systemically trains individuals to achieve perfection.

It is a process by which all successful idols must endure.

Throughout their training period, idols learn to sing, rap and dance for monthly evaluations in which they are either passed or failed.

Most trainees who dedicate years to the process fail at the last stage.

In South Asia, some fans may identify with this work ethic because it is similar to the work ethic they were taught as children.

Considering hard work and passion is idolised in South Asia, it’s no surprise that many Desi people find the culture attractive.

Regardless, the way groups are promoted builds curiosity amongst potential fans.

As a result, fans are able to learn and grow beside their idols.

Zainab Malik, a 19-year-old K-pop fan, was first introduced to the music genre by her friend who made her listen to Monsta X.

She said her initial liking towards K-pop developed into something much deeper. Zainab explained:

“At first, I just liked the music and thought they were all pretty good looking but after watching funny compilations of different K-pop groups on YouTube, their personalities and friendships got me hooked.

“For BTS in particular their lyrics definitely played a huge role, it kind of felt like I could relate to a lot of the things they were singing about.”

Despite the mainstream understanding of K-pop as ‘colourful music’, many K-pop groups touch on subjects that most artists are unwilling to confront in their lyrics.

Concepts of mental health, which are typically taboo in both South Korea and South Asia, are prevalent themes addressed.

For example, Suga from BTS is famously known for discussing personal topics of depression, identity crisis and social anxiety in his solo mixtapes.

‘The Last’ is a song that accurately conveys this, with lyrics such as:

“On the other side of the famous idol rapper,

“Stands my weak self, it’s a bit dangerous,

“They keep coming back again from time to time,

“Hell no perhaps that might be my true self.”

“In South Korea, there is stigma around mental illness, meaning many people refrain from seeking treatment and help, and the topic is rarely ever discussed.

“This song is therefore revolutionary in itself as Agust D, a well-known artist, opens up about his struggles with depression and anxiety, which in turn may help in changing the stigmatised view of mental illness in South Korea.”

Similarly, South Asia and Bollywood have struggled to openly address issues of mental health and sexuality.

There tends to be a lot of media censorship around these topics, which contributes to its controversy.

This is a reason why much of South Asian youth enjoy K-pop as it provides comfort for individuals who may not have an environment to relieve their stresses in other ways. 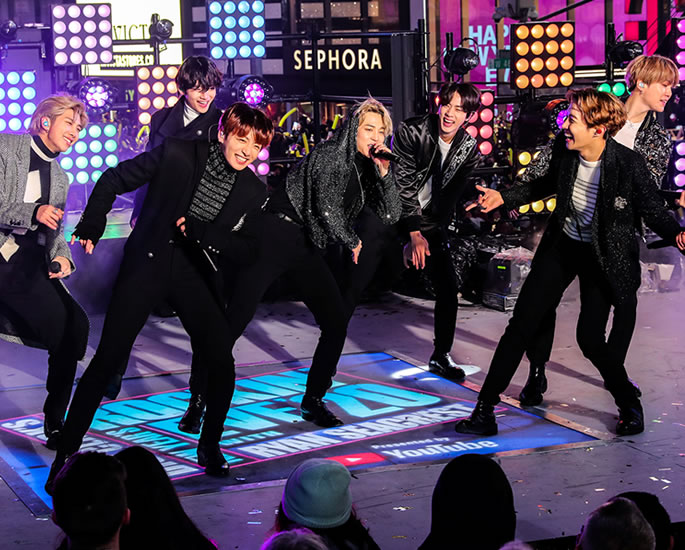 In the 21st century, it’s almost impossible to talk about K-pop without mentioning BTS, one of the world’s most popular boybands.

They have contributed to the most recent spike in K-pop, ‘Hallyu 2.0’, and have paved a way for other South Korean artists to prosper internationally.

They are one of the most successful boybands, with a Grammy nomination and several number one hits.

Although it feels like the group blew up overnight, their success has been in the works for over a decade.

From the start, BTS documented their struggles and journey, being completely transparent with their fans.

These documents include videos of all seven members sleeping in one shared room to them sweating profusely as they prepare for their debut performance.

These memories are still available online, allowing fans (ARMY) to relive the group’s past experiences and gain a better understanding of how they have grown and overcome extreme hardships that Western artists do not face.

Ultimately, it is how they constantly interact with and reassure fans that sets them apart from other artists.

“The best thing about being a fan is how the ‘idols’ interact with us, it feels so much more sincere in comparison to other artists.

“Even when BTS took a 2-month break back in 2019, every member went live and tweeted numerous times even though they were under no obligation to do so.

“Whether it’s seeing them cry out of happiness at concerts, talking about fans or them being tattooed with ARMY-related designs, I have no doubt that they genuinely love their fans.”

BTS has taken part in numerous charity events and donated millions to help others.

In 2017, BTS and UNICEF launched an anti-violence campaign, Love Myself, in the hope to end violence against children and teens.

They also donated $1 million to the Black Lives Matter movement. In response, their fans matched their donation.

According to Al Jazeera:

“BTS’ messages about inclusivity, positivity, and self-empowerment, and voicing young people’s struggles, resonate with fans, as do undertakings such as Love Myself.

“Fans see the group as standing apart in K-pop, as underdogs who forged their own path in a manufactured industry.”

It is this generosity that makes them deserving of their success and irresistible to their fans.

So, it’s clear that while BTS are incredibly talented, their far-reaching kindness are major reasons why Desi fans adore them. 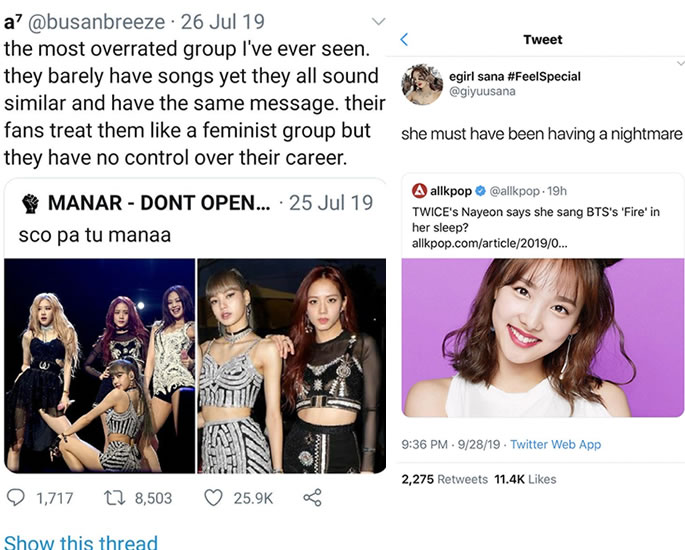 Unfortunately, with the positives come the negatives.

As well as the love K-pop groups receive in South Asia, they equally receive hate, with some believing the genre is childish.

“Sometimes I feel like it (being a fan of K-pop) can be a bit embarrassing when I meet new people, especially since so many think the fandom consists only of crazy teenage girls who make K-pop their entire personality trait.

“Some people definitely consider K-pop to be cringe in South Asian communities, which I really don’t understand.

“My family make fun out of it a lot but it’s mainly in a jokey way and it doesn’t really affect me too much.”

Much of the criticism towards K-pop groups and fans derive from ignorance and xenophobia.

As a result, when listening to K-pop, they remain closed-minded and avoid putting forth the effort to translate lyrics and embrace the culture.

But despite the hatred, K-pop groups continue to show their love for South Asian countries like India.

This was evidenced by KARD’s live concert and BTS’ recent statement of support:

“Our prayers are with India.”

K-pop has had a massive influence on South Asia and the world with its music and underlying themes.

While Desi culture differs completely, K-pop is not going away anytime soon and will only get bigger in South Asian countries.

Anna is a full-time university student pursuing a degree in Journalism. She enjoys martial arts and painting, but above all, creating content that serves a purpose. Her life motto is: “All truths are easy to understand once they are discovered; the point is to discover them.”
IIT launches India’s 1st Earthquake Early-Warning App
OnlyFans are to Ban Sexually Explicit Content