When it comes to global trends, influences are drawn from various countries including India. We look at some Indian cultural aspects and their influence.

We can listen to K-Pop, binge on anime and Netflix series, and taste another country’s cuisine without having to fly there.

The same can be said for Indian culture. As much as international influences are seeping into India, Indian culture is also making waves globally.

It may be hard to define Indian culture because of the huge diversity in the country.

This includes countless dialects to different styles of cooking, but people all around the world have some sort of idea about the different Indian cultures.

People from all around may have influences from Indian culture due to the fact that it is popular or so well-known.

Here are some of the most popular aspects of Indian culture that have become global trends. 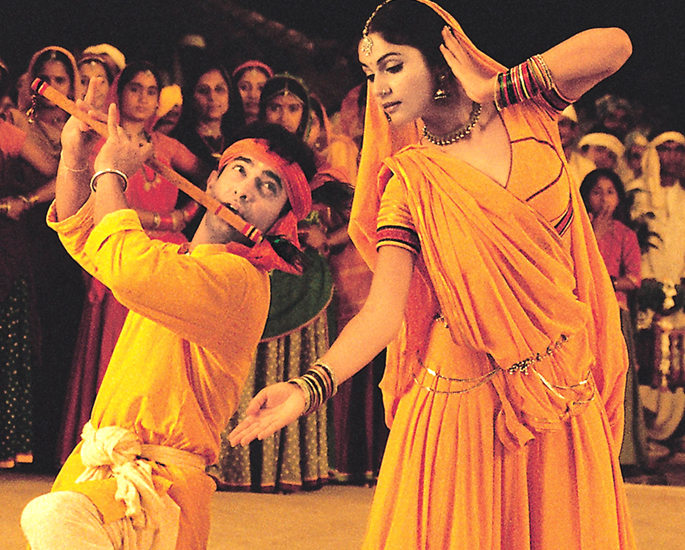 Bollywood refers to Hindi-language films and they have come a long way internationally over the years.

While hardly anybody outside India would have watched a Bollywood film before, now it’s a massive part of society where people all over the world are watching its films.

Not only does Bollywood have an impact on Indian culture, but it also has an influence overseas.

One reason for its massive influence is because it makes far more films than Hollywood.

It is the world’s largest film industry in terms of film production, making between 1,500 and 2,000 films every year.

Bollywood films are shown in US cinemas but they are now appearing in Nigeria, Russia, the Caribbean, and countless other countries and regions.

Part of Bollywood’s appeal is the unique quality of its films.

Bursting with passion, colour, and life, it’s known for making its audience feel intense emotions, as opposed to the more subdued Western approach to films.

Bollywood is growing faster than ever, and it’s even expanded to shooting outside India while attracting plenty of foreign actors who see its evergrowing potential. 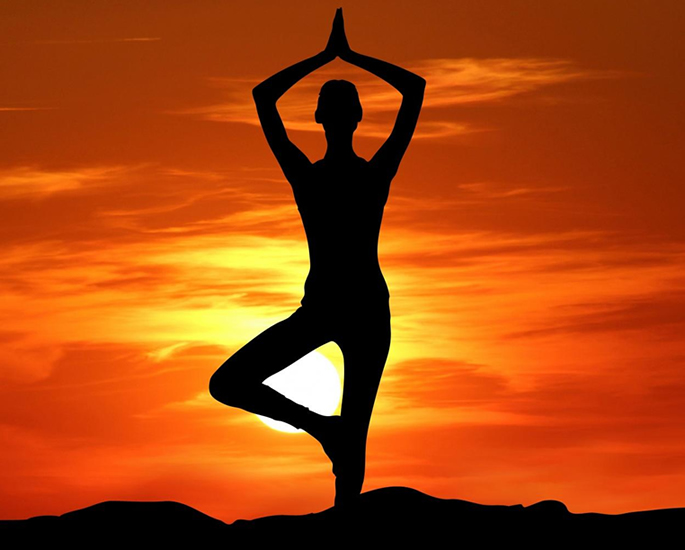 Perhaps the most widespread cultural influence from India would be yoga.

You can see how popular it has become just from Prime Minister Narendra Modi’s launching of International Yoga Day, as he’d requested from the United Nations.

More than 100 countries around the world joined in, with yoga practitioners getting together and diligently doing poses on their mats.

Most likely developed around the fifth and sixth centuries, yoga has come a long way since.

Although it was rarely practised during the 1950s, it is now an ordinary part of many people’s lives.

Yoga gurus from India introduced it to the West. One of the most popular yoga forms in the West is Bikram Yoga which is a style of hot yoga.

It is hugely successful though the creator, Bikram Choudhury has been the headlines for controversial reasons.

Yoga is practised in gyms and studios. People of various nationalities even do it on their own at home, thanks to all of the yoga videos available online.

An interesting shift is that there is a greater focus on the physical side to it rather than the spiritual side, which is what it is traditionally all about.

The impact of postural yoga on physical and mental health has been a topic of systematic studies, with evidence that regular yoga practice yields benefits for low back pain and stress.

Yoga is perhaps one of the biggest global trends to have come from India. 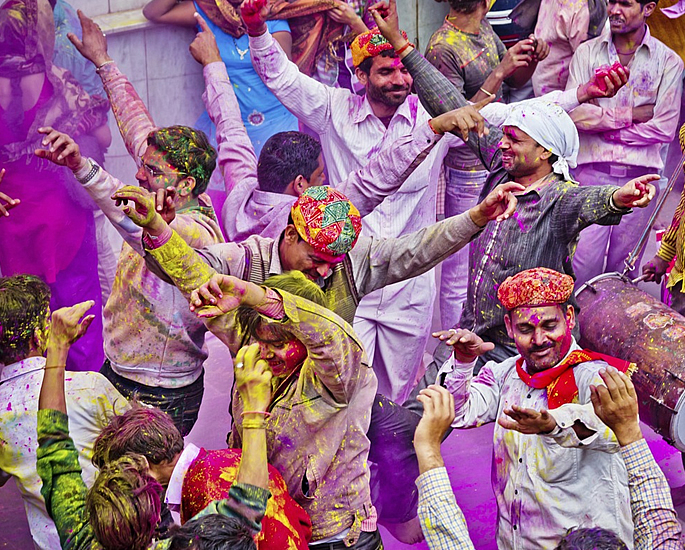 From festivals spanning several days in Kerala to Delhi cake delivery during birthdays, Indians know how to celebrate, and the rest of the world is following suit.

One festival that has inspired several spinoffs around the world is Holi, which is also called the ‘Festival of Colours’.

There seems to be something universally appealing in how people joyfully throw brightly coloured powders at each other, regardless of age or where they’re from.

Holi in India is also a spiritual celebration that welcomes the arrival of spring and the end of winter.

It also involves bonfires and heavy symbolism, but it is the colourful, paint – or powder – throwing part that has sparked a global trend.

One example takes place in Germany where they have a Holi-inspired event that is celebrated in summer rather than in spring.

It also takes place in a specific area rather than on the streets. Another difference is throwing of the coloured powder takes place after a mass countdown instead of random times.

Another India-inspired event is called ‘Life in Colour’, which originated in Florida, USA. It is an Electronic Dance Music (EDM) company which is best known for its paint parties.

Music performances go on while the audience are sprayed with paint throughout.

It has toured in various countries but its main location is in Miami. It may be popular but has had influences from India. 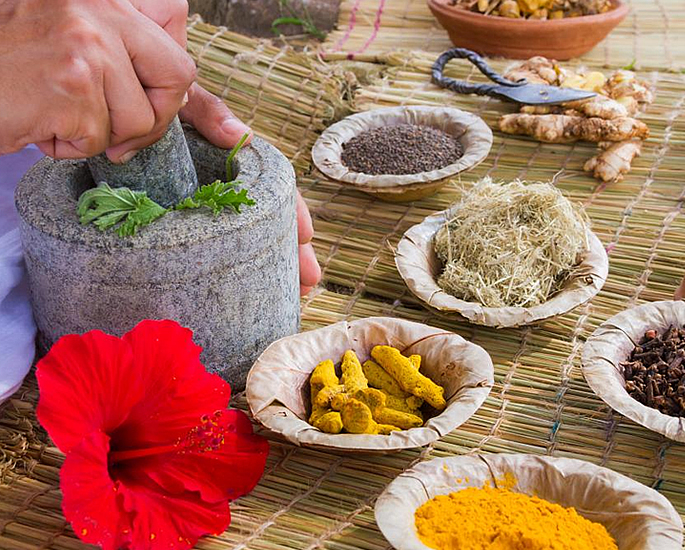 Ayurveda is very common in India to the point that more than 90% of Indians are said to be using it one way or another.

One possible reason for this is that there’s an increased hunger worldwide for alternative medicine or medicine that considers the entire person, not just their physical body.

Ayurveda takes into account the mind, body, and spirit, and treatment of the individual person.

While it is more popular in Europe, there are still approximately 240,000 Americans who use Ayurveda and its treatments.

Even big-name brands like L’Oreal and Estee Lauder are incorporating Ayurveda into their products, basing skincare formulas on it or providing Ayurvedic massages for clients.

At the same time, since Ayurvedic clinics are so accessible in India, foreigners are flocking to the country to experience it straight from the source. 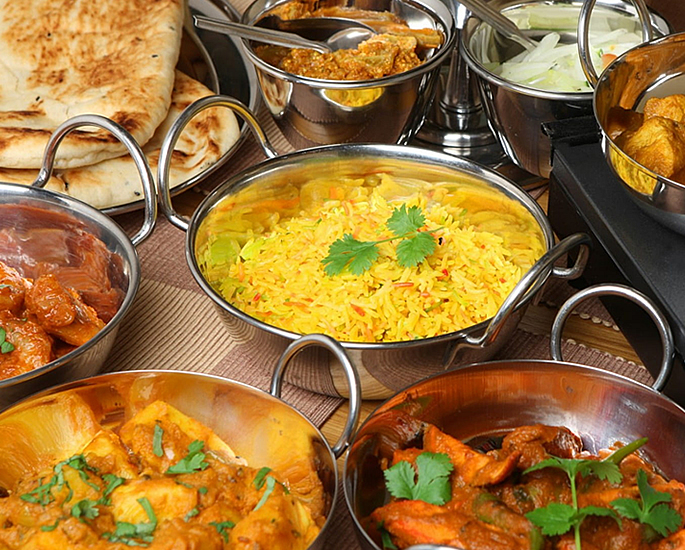 Of course, we cannot leave out Indian food. While each region in India has its own style of cooking and types of food, Indian cuisine is widely known for its intense flavours and richness.

Indian food is probably the most obvious global trend as there are many Indian restaurants all over the world, mainly due to immigration.

Far from being unknown terms, you’ll hear the likes of curry, biryani, tikka masala, and naan casually mentioned during conversations and even in Western films and TV.

Even other Asian countries are integrating Indian influences into their local cuisine.

For example, fish head curry is a popular dish in Singapore and a mix of Indian and Chinese origins. It is the head of red snapper stewed in a Kerala-style curry with various vegetables such as okra and aubergine.

Although fish and chips is a British classic, chicken tikka masala is one of the UK’s most popular dishes.

It is so popular that in 2001, the then-Foreign Secretary Robin Cook referred to it when discussing a multi-cultural Britain.

He said: “Chicken tikka masala is now a true British national dish, not only because it is the most popular, but because it is a perfect illustration of the way Britain absorbs and adapts external influences.

“Chicken tikka is an Indian dish. The masala sauce was added to satisfy the desire of British people to have their meat served in gravy.”

As well as certain dishes, Indian spices are also one of the biggest global trends.

Things like cloves, star anise, and black cardamom are exported to more than 150 countries, and they’ve proven invaluable in intensifying the flavour of various dishes.

Far from being temporary, all five of these trends seem to be gaining more fans in other cultures, and they can be traced back to India.

Among others, Bollywood, yoga, and meditation are rapidly becoming mainstream, and even previously domestic markets like Indian fashion is starting to influence fashion overseas.

The depth and richness of India’s culture are apparent in how much it can captivate a global audience and spark off huge movements beyond borders.

Nazhat is an ambitious 'Desi' woman with interests in news and lifestyle. As a writer with a determined journalistic flair, she firmly believes in the motto "an investment in knowledge pays the best interest," by Benjamin Franklin.
Superhero Comic Series ‘Paak Legion’ breaking Stereotypes
15 Top Pakistani Minimalist Artists & Their Unique Artwork