The Trend of Ayurvedic Beauty

Ayurvedic beauty products are produced from natural extracts which have been proven for thousands for years. Today, the trend of using them in and as established cosmetics is gaining momentum.

Indian herbs are being sourced and tested

Body Shop started the trend 20 years ago for natural ingredients in beauty products. Concern about harmful chemicals in beauty products has increased consumer interest in natural cosmetics. More and more products now include herbal and botanical ingredients. The botanical actives market in Europe and North America is worth US$ 840 million. Consumption for these products is growing at 8%.

Turmeric (haldi), Neem, Amla and Shikakai are well known botanicals. Amla is used in the best selling Dabur shampoo and conditioner brand. Neem and Turmeric are used in acne creams. These products have yet to be explored by the American and European market.

In 2007, L’Oreal announced that it was looking to purchase an Indian Ayurvedic skin care brand. The company wants to use India as a launching pad for Ayurvedic products which they hope to introduce worldwide. Recently, Ayurvedic spas and rejuvenation treatments have become trendy. Companies like Estee Lauder have developed Ayurvedic spa treatments.

Neem is another herb which has anitibacterial properties. Neem contains limonoides and is used in acne creams to reduce bacterial flare up of spots.

Amla (emblica officinalis), known as Indian gooseberry, grows in the Himalayan foothills. It is a good source of Vitamin C. Its oil has been used to treat hair scalp conditions from ancient times. It penetrates the scalp, rejuvenates cellular health and strengthens hair root. It has more than 8 times the potency of Vitamin C which fights free radicals in skin. In 2008, there were 46 haircare, 45 skincare, 8 colour cosmetic and 2 soap/bath launches containing Amla.

Ashwagandha root, known as the Indian Ginseng, is another ingredient which rejuvenates. It relieves inflammation and is used in skin diseases. It helps prevent dark circles under the eyes. A clinical trial of over 100 elderly people found that hair melanin deposition increased in those receiving Ashwagandha.

Proponents of botanicals are researching materials with which they can replace chemical bases. 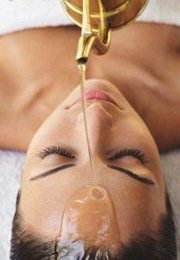 Sesame Oil is used as a base in many aromatherapy and complementary medicine. It contains Lignan compounds called Sesamin and Sesamolin which are biologically active. These compounds enhance oxidative stability of the oil. They have potential to be used as anti oxidant compounds as well as having a moisturising effect. The oils also maintains integrity of cosmetic products and could be used as a base instead of petroleum and plastic derivatives.

Buttermilk and goat’s milk powders traditionally used in Indian face mask preparations have soothing and emollient properties. They also contain vitamin A, B6, B12 and E. They would make beneficial alternatives to chemical bases and emollients.

Shikakai is a traditional herb used in hair shampoos. The material is extracted from the Shikakai pods and Shikakai nuts of the Acacia Concinna shrub. The pods are rich in Saponins and makes a mild detergenent which has a neutral pH. Aritha powder, extracted from Soapnuts (Sapindus Pericarp) also contains Saponins which acts as a foaming agent. It was used as a soap in Ayurvedic tradition.

A Saponin extract from Sapindus Trifoliatus has already been trademarked as it is a water soluble hydrating agent which mixes well with hair products. These herbs could eventually replace surfactants and chemical foaming agents in cosmetics. 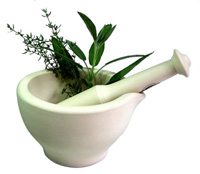 Indian herbs are being sourced and tested for use in the cosmetics industry. However, there’s a long way to go before herbs can make it as ingredients in viable botanical products. These herbs are currently used in their crude form, either dried into powders or pulverised with pestle and mortar. The end product contains a large amount of inactive unnecessary compounds.

The products are often biologically ineffective because there isn’t enough active components in the formulae. The concentration and action of bio-active compounds extracted from herbs have to be increased. These formulae have to be tested in scientific trials with an evidence based approach. Consumers of botanicals don’t just look for active ingredients. Factors such as organic farming methods, low carbon foot print production also has to be considered.

India could emerge as a major contributor to the global cosmetic industry with L’oreal placed firmly in the centre. This industry is increasingly sourcing natural and herbal products. This is one of the strengths of India with its Ayurvedic tradition.

There are over 80,000 Ayurvedic treatments using substances derived from around 3,000 plants. There is plenty of potential for development. Soon, we could be seeing products containing Alma, Neem and Turmeric on our shelves.

S Basu wants to explore the place of Indian diaspora in a globalised world in her journalism. She likes being a part of contemporary British Asian culture and celebrates the recent flourishing of interest in it. She has a passion for Bollywood, Art and all things Indian.
Hair Care for Men
The Magic of Mascara