The 2015 Football Rich List released by Deloitte has been dominated by English Premier League clubs. The entire league is featured in the Top 40.

A total of 14 Premier League clubs rank amongst the top 30 richest football clubs in the world, based on their revenues for the 2013-14 season.

Published by business advisory firm Deloitte, the 2015 football rich list features five EPL clubs in its top 10. In addition, all 20 EPL clubs enter the top 40 in the list.

Manchester United is the second richest club in the world, having generated £433.2m in revenue in the past season.

The other English clubs listed in the top 10 are Manchester City (6th), Chelsea (7th), Arsenal (8th) and Liverpool (9th). 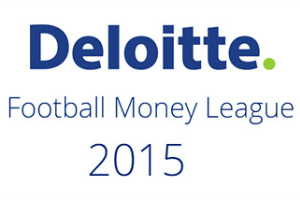 The wealth of Premier League clubs is largely due to TV broadcast deals.

The most recent 2013-16 broadcast deal has been the most lucrative so far, which has dramatically increased the revenues for all clubs.

“In fact, every Premier League club reported record revenues in 2013-14.”

He added: “The fact that all the clubs in the Premier League are in the top 40 is testament to the huge appeal of the league globally and also the equality of the distributions the clubs enjoy relative to their European counterparts.”

Mr Houlihan, speaking about the bidding process for the 2016-2019 seasons, said: “Additionally, the Premier League is currently negotiating for the next cycle of media rights and further uplifts are anticipated.”

Match-day attendance is also an important factor in the economics of football.

Arsenal moved to the Emirates Stadium (60,000 capacity) in 2006 from their historic home at Highbury (38,000). Match-day attendance makes up the largest portion of their revenue.

Newcastle United are only in the top 20 because of their regular attendances of up to 52,000 at St. James’s Park, giving them the third highest average attendance in the league.

This shows that clubs such as Manchester City, Chelsea and Liverpool, who have been listed in the top 10, could grow their revenue if they had bigger stadiums.

Manchester City is addressing this issue by extending the third tier of the City of Manchester Stadium on the north and south sides. This will take the capacity from 48,ooo to 60,000.

Spanish giant Real Madrid, according to Deloitte’s report, have completed the Doble Decima as they topped the list for 10 seasons in a row in the same year they were crowned European Champions.

The only team outside of the ‘Big Five’ is Turkish club Galatasaray who ranks 18th on the list.

Here is the full list of the world’s richest football clubs in 2013/14 season:

The Premier League is one of the most exciting and competitive leagues to watch, as its television revenue sharing system ensures even playing fields. 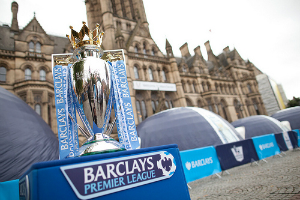 With some of the highest stadium attendances in Europe, the matches contribute to the electric atmosphere and the burgeoning finances of clubs.

The increasing wealth of the Premier League and other European clubs means that it continues to be a destination for the world’s best football talent.

As Deloitte predicts the top 5 clubs will break the €500 million (£380 million) threshold of total earnings, there are even more exciting times ahead for football fans!

Harvey is a Rock ‘N’ Roll Singh and sports geek who enjoys cooking and travelling. This crazy guy loves to do impressions of different accents. His motto is: “Life is precious, so embrace every moment!”
Record Breaking Super Marathon Man Ziyad Rahim
British Asian Easah Suliman signs for Aston Villa