The Indian Premier League (IPL) will soon mark its return. What can we expect from the latest edition of the prestigious cricket tournament?

Packed with talent and winning mentalities, they could well be Champions of IPL 9.

Cricket fans around the world can delight in the fact that the hugely entertaining Twenty20 Indian Premier League (IPL) will return for its ninth season in April 2016.

The official schedule has not yet been formally released, but it is likely that the tournament will be played from April 8 to May 29, 2016.

The beginning of a new IPL season also comes with a new sponsor.

IPL 9 will be labelled as the ‘Vivo IPL’ after a deal has been agreed with the Chinese smartphone manufacturer. 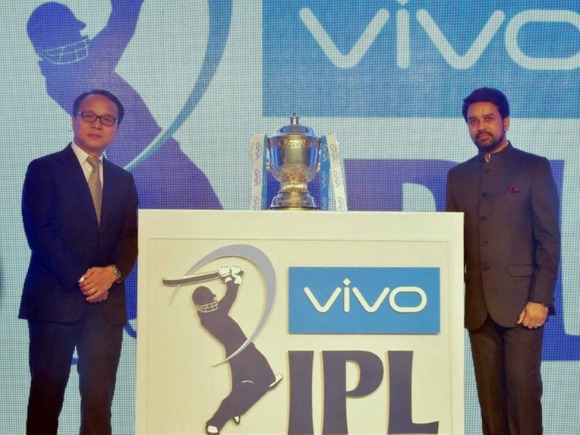 Two teams are serving the first of their two year suspensions. On July 14 2015, the Chennai Super Kings (CSK) and Rajasthan Royals (RR) were both suspended for their involvements in illegal betting and spot-fixing.

As temporary replacements, the Board of Control for Cricket in India (BCCI) has allocated two new franchise slots.

Representing Rajkot will be the Gujarat Lions, while the Rising Pune Supergiants will represent their city.

Both are allowed to choose five players who represented CSK or RR in 2015.

Here is a team by team analysis of IPL 9.

Pravin Amre will coach the ‘Douple D’s’ this year after the franchise ended their association with previous Head Coach, Gary Kirsten.

South African all-rounder, JP Duminy, remains as captain of the Daredevils. He will lead a team comprised of ageing bowlers and young batsmen.

Zaheer Khan (37), Imran Tahir (36), and Amit Mishra (33) are approaching the end of their respective careers, while their batting counterparts are just beginning theirs.

Nair, Negi, and Samson all join the franchise this year.

Delhi are therefore continuing to put their faith in youthful players. As of date, this hasn’t paid dividends with only a Playoff position in 2012 to show for Delhi since 2010.

Their youngsters at least now have some invaluable IPL experience with all of them participating at IPL 8. This year could offer an improvement on last year’s 7th place finish. 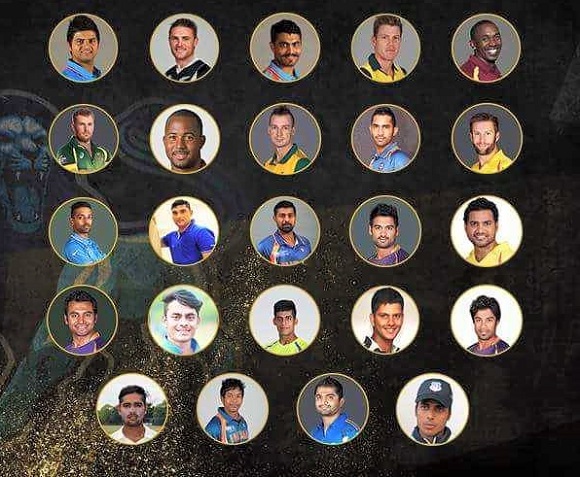 Raina has been selected to captain the team. A fine choice.

He has played more games in the tournament than any other, and in every season, from 2008 to 2014, Raina has tallied at least 420 runs.

Last year, he ended up with ‘only’ 374 runs, a meagre return by his lofty standards and our expectations.

Despite being short of spinners, their fearsome pace bowling attack paired with Gujarat’s array of big-hitting batsmen and established internationals, offers promise of a successful inaugural season.

Packed with talent and winning mentalities, they could well be Champions of IPL 9.

Preity Zinta’s franchise will this year be captained by David Miller.

The Kings XI will again be reliant on their Australian core of overseas players.

The performances of Mitchell Johnson, Shaun Marsh, and Glenn Maxwell will be key to their season. In 2014, Miller (446 runs) and Maxwell (552 runs) had unforgettably explosive seasons.

In their 16 matches, the duo struck a staggering 998 runs between them, helping Punjab to runners-up of IPL 7.

Unfortunately, none of the overseas contingent were able to replicate their 2014 performances the following year for IPL 8.

Punjab were this year’s lowest spenders at auction, and supporter Amardeep says: “After such little spending, were seemingly doomed to another year of mediocrity.”

Despite their small outlay on players, this year offers renewed hope for Kings XI, as the young players they brought through last year now have invaluable experience behind them.

The 2012 tournament winners have added subtly to their squad.

Their most notable additions have been left-handed batsman, Colin Munro, and young pace bowler, Jaydev Unadkat.

The team remain to be captained by Gautum Gambhir, and coached by Trevor Bayliss.

The calm and composed opening trio of Gambhir, Robin Uthappa, and Manish Pandey offer the big-hitting middle order (Andre Russell, Yusuf Pathan, Morne Morkel and Piyush Chawla) an ideal platform to go out and express themselves on.

The majority of the Knight Riders are in the primes of their careers, only Gambhir, Pathan and [Brad] Hogg are over the age of 31, while only Unadkat is below 24.

Their physical capabilities are at a peak, and with a strong team chemistry, the Kolkata Knight Riders are sure to make the Playoffs, and could possibly win the 2016 Vivo IPL. 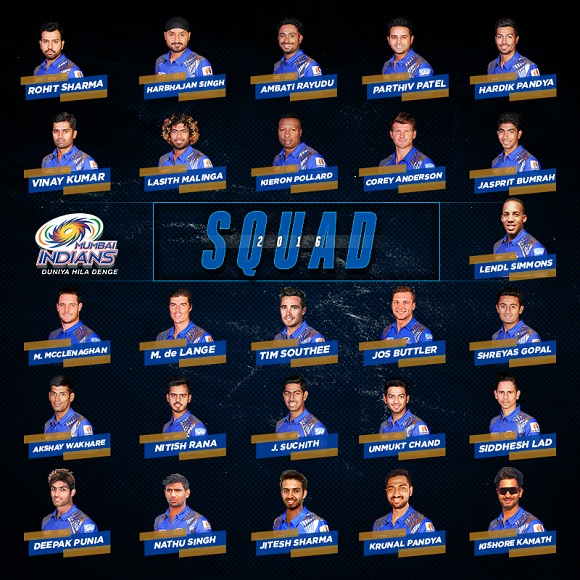 Anil Kumble, however, has stepped down as the Chief Mentor of the team.

Cricketing legend, Sachin Tendulkar, says of Sharma: “He is much more confident now. He has […] faced a lot of challenges. These challenges only make you a better cricketer and a tougher person.”

The Indians go in to the tournament with an extraordinary pace attack.

The team will be confident in their batting capabilities too, with Sharma being well supported by Ambati Rayadu, Kieron Pollard, Lendl Simmons and, big hitting bowler, Harbhajan Singh.

A good team balance should ensure that the Indians have yet another successful season. 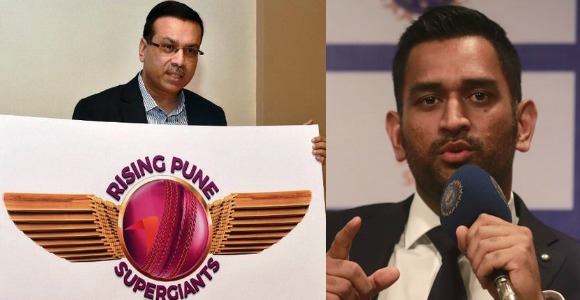 Stephen Fleming will coach the Supergiants for their first Indian Premier League season.

MS Dhoni has been selected as team captain after being drafted in alongside Ajinkya Rahane, Ravichandran Ashwin, Steve Smith, and Faf du Plessis.

They have also acquired the services of past Delhi players, such as Saurabh Tiwary, Albie Morkel and Kevin Pietersen.

However, with nine overseas players in their squad, it could present a difficult selection process for Fleming.

“They have a strong core of Indian bowlers in addition to a batting lineup of: du Plessis, Pietersen, Smith, [Mitchell] Marsh and Dhoni – all of whom have held top 10 T20 batting stats at one stage of their careers.

Pune fans can look forward to seeing some of Dhoni’s iconic ‘helicopter’ shots help them to a successful first Vivo IPL season. 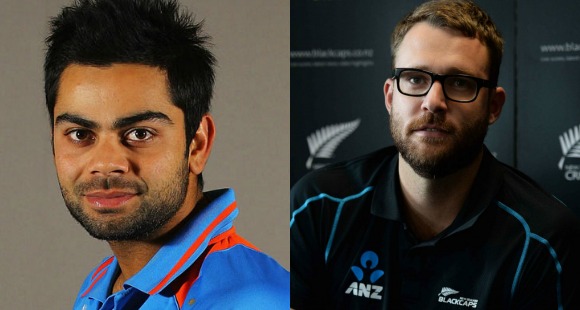 Daniel Vettori and Virat Kohli remain as coach and captain of the Challengers.

RCB have most notably brought in Shane Watson, Stuart Binny and Kane Richardson from this year’s auction.

Their bowling capabilities will ease the pressure on Mitchell Starc and Yuzvendra Chahal, and give Bangalore a more varied attack.

Watson will add to the batting depth of the team. He’ll join players such as Kohli, Chris Gayle, David Wiese, Mandeep Singh and AB de Villiers.

Kohli (23) and Gayle (38) hit 61 maximum sixes between them last year, while Watson hit 14 for the Rajasthan Royals.

The big-hitting trio are game changers for RCB.

Bangalore’s improved bowling attack will this year be able to better support their batsmen who are sure to continuously hit big totals. RCB are another team that could be potential winners. 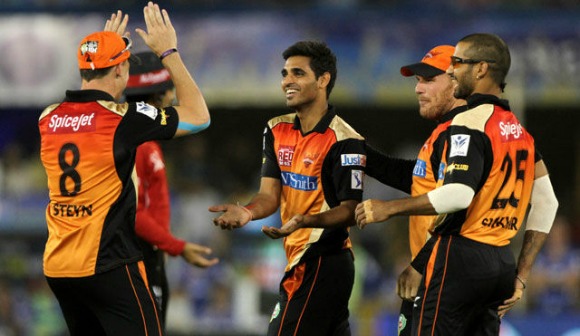 In form Australian batsman, David Warner, will again captain the Sunrisers who are hoping to improve on their last underwhelming season.

To help them do so, some expensive signings have been made. Yuvraj Singh, Deepak Hooda and Ashish Nehra have all joined for IPL 9.

As well as Yuvi and Hooda, the Sunrisers have several other all-rounders to assist their specialist batsmen and bowlers.

Ashish Reddy, Moises Henriques and Karn Sharma can build upon the starts made by Warner, Shikar Dhawan, Eoin Morgan and Kane Williamson.

Trent Boult and Bhuvneshwar Kumar will also appreciate support from Nehra and the all-rounders.

The squad possibly lacks a specialist spinner to fully balance the attack. Nevertheless, Hyderabad have a strong team which is capable of having a successful season.

The 2016 Vivo Indian Premier League yet again promises us an exciting and exhilarating tournament.

But which of the eight teams will come out on top and be crowned champions come May 29, 2016?

Watch and enjoy as the tournament unravels!