aloo gobi is a classic option within Indian cuisine.

Indian cauliflower dishes are incredible in terms of flavour which is why they are a popular vegetarian option to go for.

It may be a simple looking vegetable but it can be used to make some complex but wonderful dishes.

The fact there is a wide array of dishes which are made using cauliflower, also called the Gobi, shows how versatile it is.

The flavours it has alongside the intense spices within dishes make them an enjoyable meal option among vegetarians and non-vegetarians.

While there the classics like aloo gobi, there are a number of other dishes that have been created as a result of people wanting to try new things and experimenting with food.

Each cauliflower dish offers something different to food lovers but they are all full of flavour.

We have seven mouth-watering and tasty Indian cauliflower recipes for you to make and enjoy. 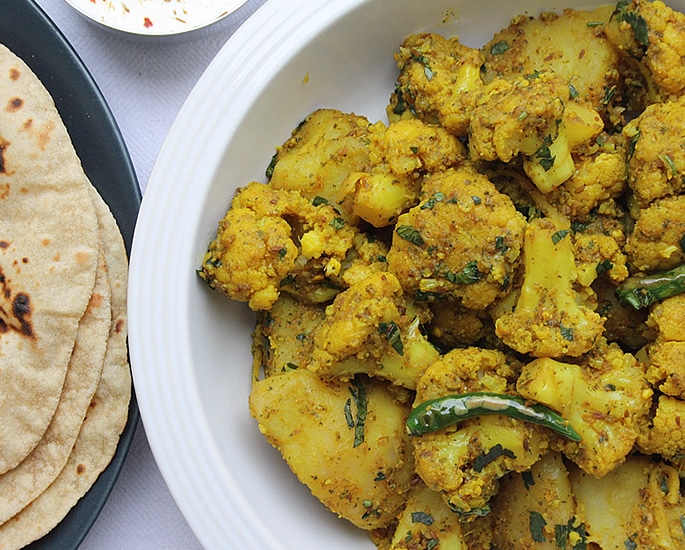 When it comes to a great cauliflower dish, aloo gobi is a classic option within Indian cuisine.

This mix of spiced cauliflower and potato is an ideal meal which is quite easy to make and is delicious.

This Punjabi aloo gobi is made with turmeric, chillies and ginger which all provide their input in terms of flavour. Each flavour differs from one another but they come together very well.

It is a dry dish which is perfect alongside naan and fresh raita. 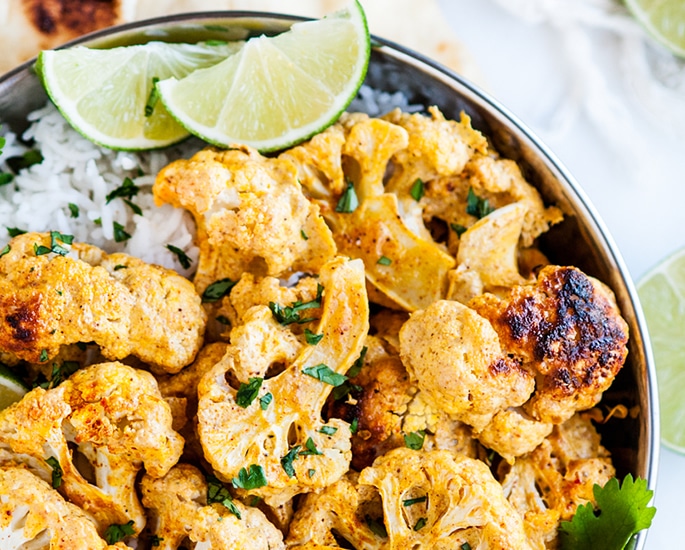 These tandoori cauliflower bites are a great alternative to tandoori chicken.

It is a spicy baked dish where the cauliflower is marinated in a spiced yoghurt mixture before being cooked in the oven.

The aromatic Indian spices are intense but the subtle smokiness that it gets when grilled adds an extra layer of flavour.

This recipe was inspired by Curry and Vanilla. 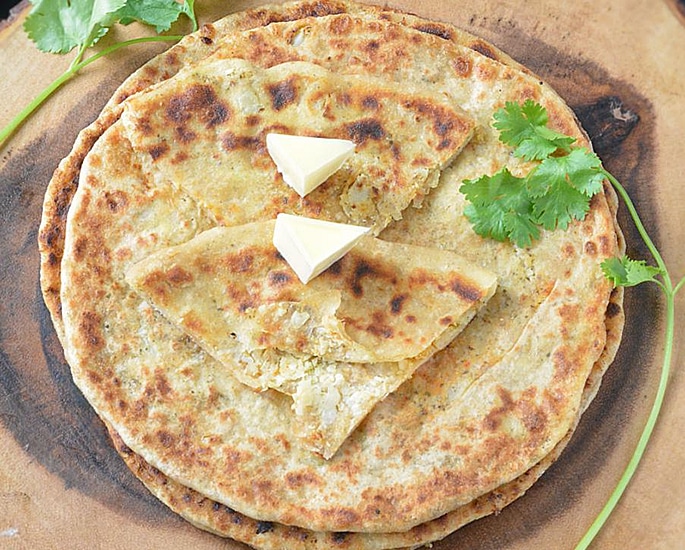 Parathas are a classic Indian snack and this gobi filled one is a delicious variation.

It is a wonderful vegetarian dish which is filling and will leave you feeling like you have had a hearty meal.

The cauliflower absorbs the spices from the chilli and cumin seeds to create a unique combination of flavours. 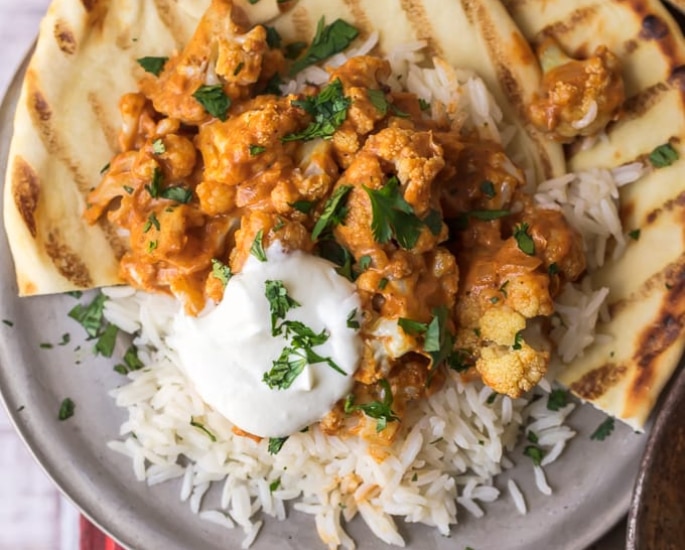 This famous curry is a great meat replacement with all the flavour and texture that is found in a chicken tikka masala.

It is pieces of roasted cauliflower mixed into a tomato-based sauce which can be served with rice and naan.

The array of flavours from the sauce pairs well with the texture of the vegetable to create a hearty and wonderful meal.

For the Tikka Masala sauce 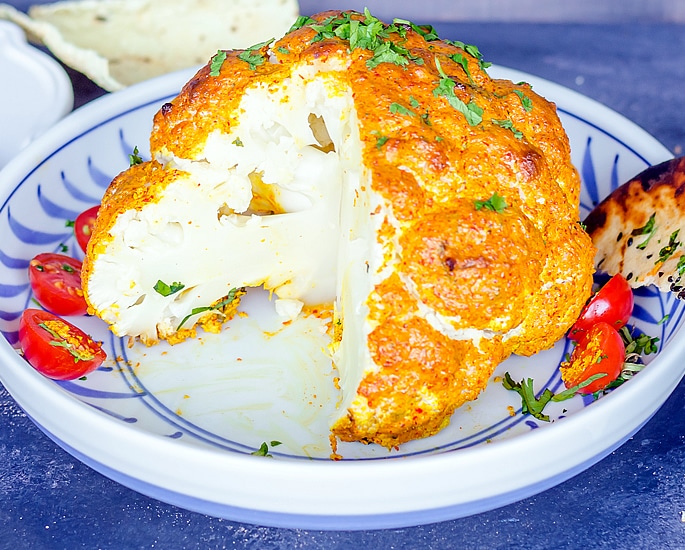 This warming dish a whole cauliflower head but still manages to maintain the delicious flavours throughout.

It is a dish which can be prepared in advance which makes it more simple but it allows the cauliflower to absorb the marinade.

It is also a versatile dish as the levels of spice within the marinade can be adjusted to your personal taste.

Even the yoghurt can be replaced with sour cream, there are plenty of options to choose from when making this Indian cauliflower dish.

This recipe was inspired by SoFab Food. 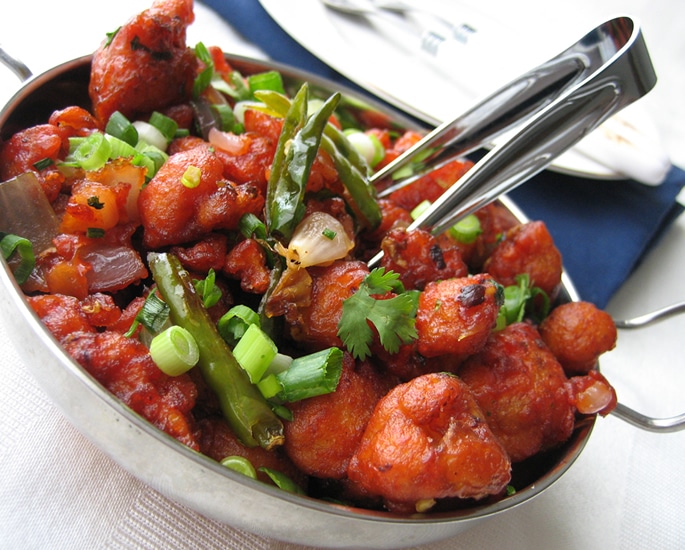 Chilli gobi is a delicious Indian snack and is a hit among vegetarians and non-vegetarians.

It is an Indo-Chinese recipe which has two variants, dry and covered in gravy. Both present a delicious plethora of flavours.

The spicy chillies and slightly acidic flavour of the tomato sauce are offset by the saltiness of the soy sauce.

This Indian cauliflower snack is ideal as an accompaniment to the main meal.

This recipe was inspired by NDTV Food. 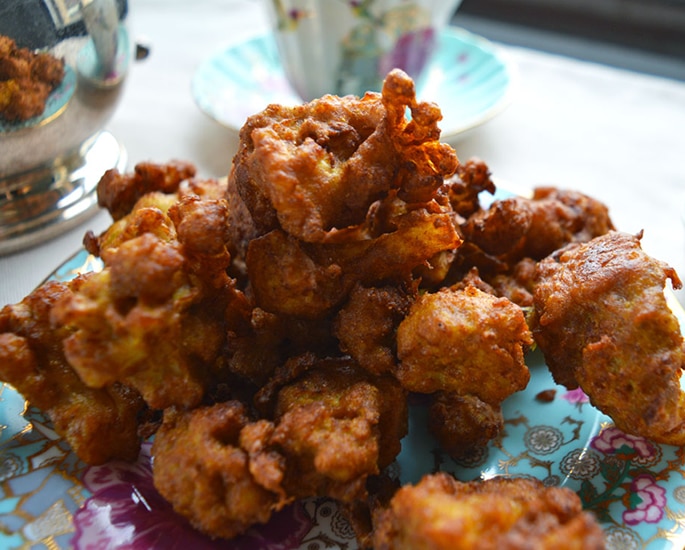 While there are endless variations in terms of the types of pakora that you can make, a cauliflower variation is one of the tastiest.

The vegetable is mixed with various spices which are then deep-fried in a light, crispy batter. Each mouthful is a burst of flavour.

This Indian cauliflower dish is the perfect appetiser to have before a meal. Eat it with a chutney of your choice.

The sweetness of the chutney offsets the spice of the pakoras which makes for a delicious combination of flavours.

This recipe was inspired by My Indian Taste.

These Indian cauliflower recipes all have great tastes but the ingredient is presented in various ways.

While some are suitable as main meals, others are preferred as a delicious snack.

Nevertheless, these seven Indian cauliflower recipes showcase how great cauliflower dishes can be and they provide a guide for you to try.