PIA posted an advert for their new sausage, egg and beans breakfast which is now part of its in-flight menu. However, the introduction has drawn flak.

PIA has been in the headlines for a number of controversial reasons and their new breakfast advert has attracted attention.

In April 2019, a hostess from the Pakistani airline was on duty when she boarded a flight from Lahore to Paris. After landing there, she met with her boyfriend and the two fled to Belgium.

A month later, PIA has introduced sausage, beans and cheese omelette meal as part of its in-flight breakfast menu.

“Just when you start missing it, we serve you a taste of home!

“A dash of salt and little bit of pepper, we tantalise your taste buds with our delicious meal to welcome the glorious morning.”

The post may have seemed innocent but many social media users criticised the new breakfast addition, saying it was “not the typical meal consumed in a Pakistani household”.

Just when you start missing it, we serve you a taste of home! A dash of salt and little bit of pepper, we tantalize your taste buds with our delicious meal to welcome the glorious morning! #PIA #BreakfastWithPIA pic.twitter.com/UXLamu398f

One user posted an image of a fried egg on a paratha as a more suitable description of a breakfast eaten by the public.

The Twitter user wrote: “Correcting your definition of home. Check pic: Aisa anda paratha chahye, woh bhi slightly crispy. Anda with a runny egg yolk so that I can dip my paratha in it. That’s the taste of home.” 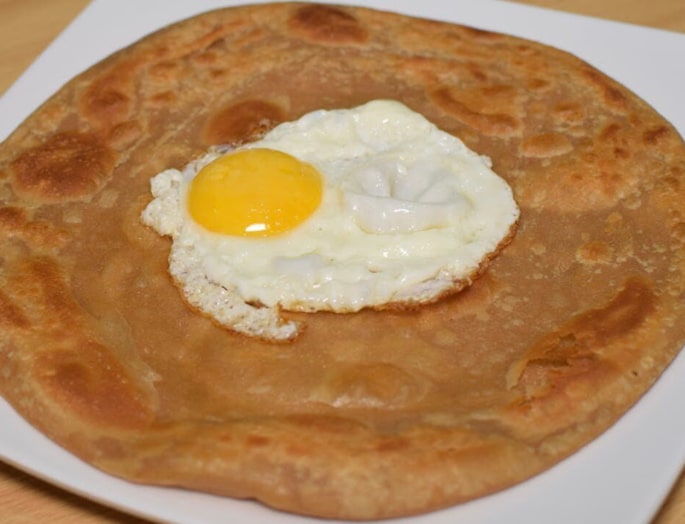 Other users were more critical and slammed the creative team for coming up with the visual representation.

“When a Pakistani misses food from home, it’s never ever sausages, beans and cheese omelette. Please change your advertising agency.”

One woman said that one of her colleagues from India had loved the chana, halwa and paratha when she boarded a PIA flight to Pakistan.

She added that PIA must promote the country’s culture instead of introducing a breakfast that is English.

One frequent PIA flyer even said: “Looks even worse than it tastes and that’s saying a lot for the PIA creative team.”

When asked about the matter, PIA spokesperson Mashood Tajwar said:

“You see, we not only serve a local breakfast… but also a continental breakfast on our flights to give our passengers as much variety as possible.”

He added that some passengers did not like eating a heavy local meal first thing in the morning.

Dhiren is a journalism graduate with a passion for gaming, watching films and sports. He also enjoys cooking from time to time. His motto is to “Live life one day at a time.”
10 Indian Sandwich Recipes and Fillings to Enjoy
7 Indian Cauliflower Recipes to Make and Enjoy