There are many types of pakora to make which just taste great as the filling is coated in a light batter. Here are five pakora recipes to try at home.

The humble pakora is one which has a number of variations and is a popular snack within Indian cuisine.

It may look simple, but every type is full of flavour and texture. The light, crispy batter surrounds the soft filling.

The combination makes for a delicious snack. It is no wonder that people queue for pakoras at street food vendors.

Traditionally, pakoras are made using vegetables. However, people want to try new things and are experimenting with food. As a result, there are a number of varieties.

From fish pakoras to even paneer ones, the possibilities are limitless but they all offer something new to pakora lovers.

They are relatively simple to make and we have five tasty recipes for you to make at home. Feel free to modify some of the ingredients to your own taste preferences. 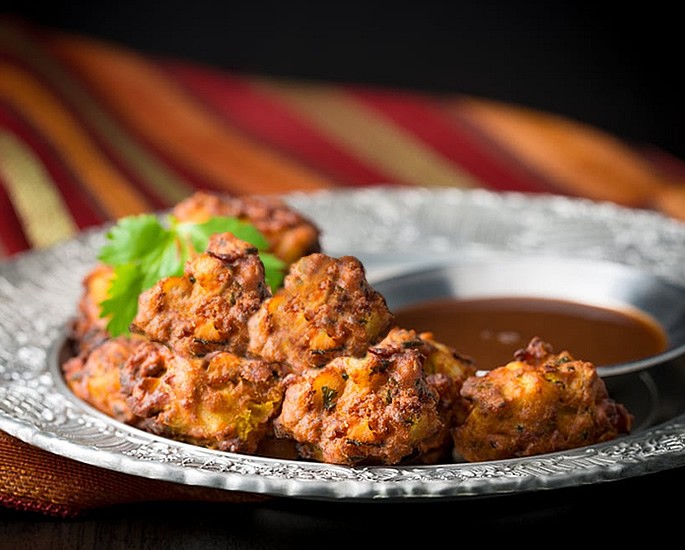 While there are endless variations in terms of the types of pakora that you can make, the potato and onion variation seems to be a classic combination.

Both vegetables are mixed with various spices which are then deep-fried in a light, crispy batter. Each mouthful is a burst of flavour.

It is a perfect appetiser to have before a meal. Eat it with a chutney of your choice.

The sweetness of the chutney offsets the spice of the pakoras which makes for a delicious combination of flavours. 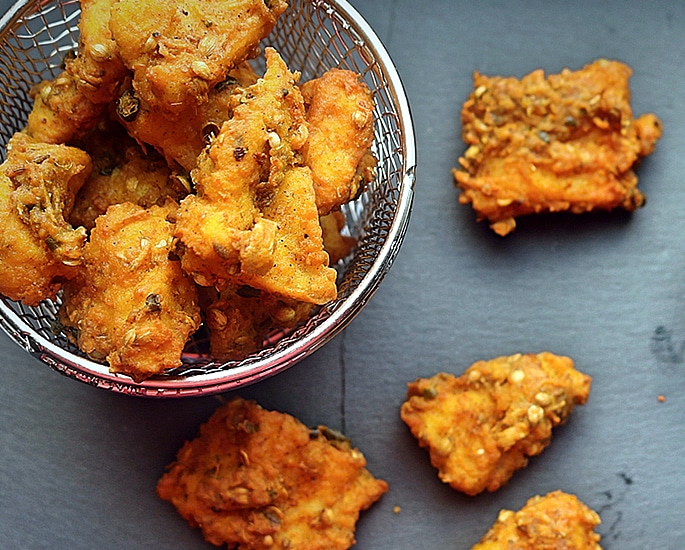 This is one pakora type which has a whole depth of texture. Tender pieces of fish are coated in a thick spicy batter and then deep-fried.

The result is a crispy, delicious snack that goes beautifully well with any dip of your choice.

It is best that you use pieces of white fish fillet as the light batter will complement it much better.

This recipe was inspired by Fauzia’s Kitchen.

While pakoras are usually made using vegetables, one with chicken just elevates it. The light, crisp batter coats the wonderfully moist and soft chicken.

It makes for a perfect snack or appetiser to have on any day of the week.

The delicious batter combines spice with a slight tanginess from the lemon juice which adds a whole new depth of flavour to the snack.

A burst of flavour erupts every time you take a bite of the chicken pakora. 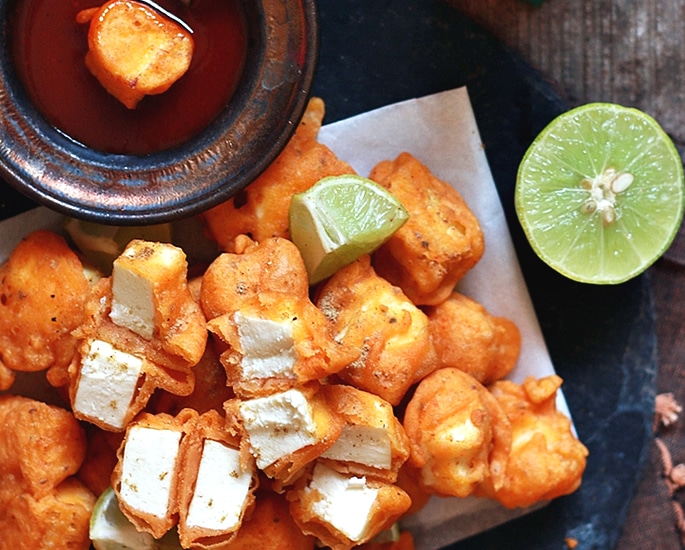 If you want a pakora that melts in your mouth, look no further than a paneer pakora.

The wide variety of spices create a flavourful batter that surrounds the paneer.

As you get through the slight crunch from the batter, you are met with the soft, melting cheese.

The mild flavour of the paneer is ideal with the multitude of flavours from the batter.

Have your choice of chutney to go with paneer pakora for even more flavour. This is a great vegetarian pakora option to go for.

This recipe was adapted from Tarla Dalal. 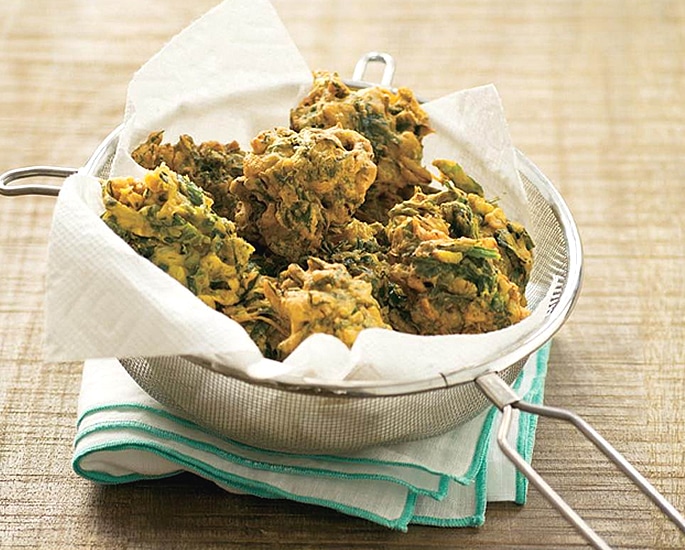 Spinach pakora is unlike any other when it comes to types of pakora and it’s taste.

While most pakoras are crispy on the outside and soft on the inside, there is a slight crunch throughout the whole of a spinach pakora.

You can eat it with chutney if you prefer but to experience the full flavour of the spinach pakoras, eat it on its own.

This recipe was inspired by Yummy Indian Kitchen.

Pakoras remain a fan favourite snack in Indian cuisine and the number of variations shows why.

They are a popular street food and we just cannot resist experiencing multiple flavours in such a small spiral-shaped snack.

These five recipes are just some of the varieties to try at home. You can adjust the recipes to include different fillings but ultimately, the choice is yours.

Dhiren is a journalism graduate with a passion for gaming, watching films and sports. He also enjoys cooking from time to time. His motto is to “Live life one day at a time.”
5 Tasty Desi Burger Recipes to Make at Home
5 Recipes for Chips and Fries with a Desi Flavour