5 Recipes for Chips and Fries with a Desi Flavour

Chips and fries are a delicious food to enjoy as part of any meal. Here are recipes to transform them into a taste full of Desi flavour.

ingredients like ginger and garlic will spice up standard potato wedges.

One of the most widely known foods, made from potatoes, in Britain, is chips. The chunky, normal cut or crinkly versions, are all a firm favourite across the nation.

Then there is the humble French fry, which may have originated in Belgium but enjoyed worldwide, even across South Asian countries.

Fries serve as a side to main meals and many people enjoy them on their own as a tasty snack too.

While they taste great on their own, people add different things to chips to make them more flavourful. Some melt cheese on them while others sprinkle peri-peri salt.

Even though chips and fries may not be traditionally a Desi food, it is possible to create them with Desi flavour.

You can combine different Desi spices to completely change their common taste. Adding red chillies and garlic are just some of the ingredients in order to make chips with a Desi twist.

The mixture of chilli, ginger, garlic and cumin coating a crisp, but a fluffy chip on the inside is a delicious thing.

We’ve collated five simple recipes for you to add to chips and fires to give them a wonderful Desi flavour. 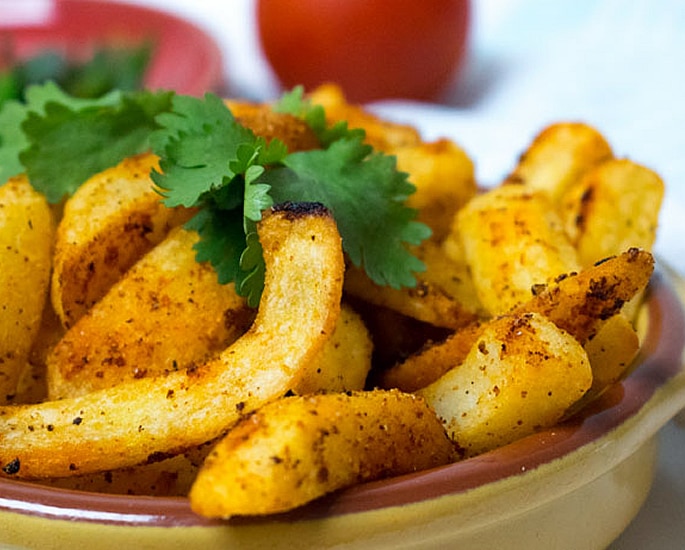 Masala chips are one of the easiest ways to increase the flavour of the simple chip. It will take an average plate to a whole new level.

This Kenya origin dish features a combination of Indian spices which transforms them into a saucy and spicy snack.

They work well with bbq dishes as the slight smokiness goes perfectly with the spice and crispiness that you get from the masala chips. They’re also great as a snack on their own.

It is a recipe which is simple to make and promises bags of flavour.

This recipe was inspired by Hint of Helen. 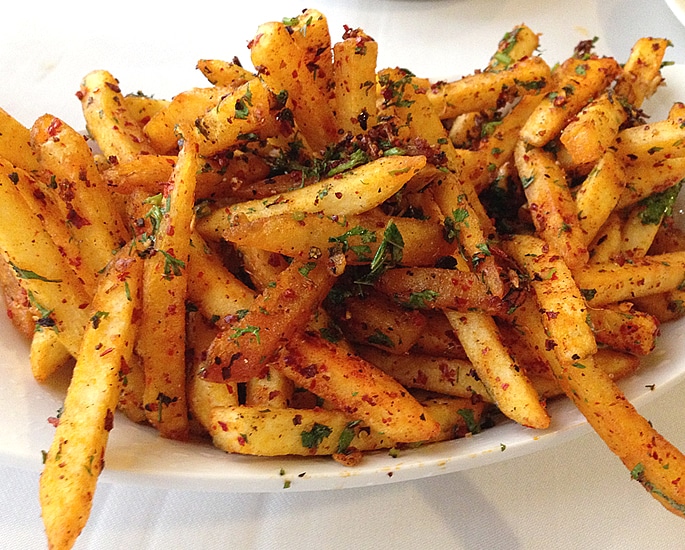 These Indian-style chips are one of the most authentic when it comes to a delicious plate of fries which is bursting with flavour.

They are completely home-cooked and the use of ingredients like ginger and garlic will spice up standard potato fries.

Cayenne pepper adds the obvious heat to it while ginger provides a slight hint of citrus.

Floury potatoes like Maris Piper are the best to use as they ensure a soft, fluffy texture inside while the outside remains crisp. 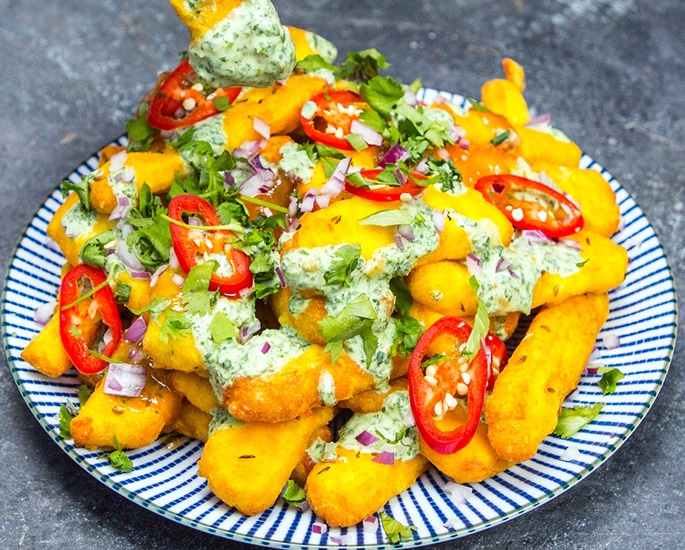 Though they are not your typical fries, this dish has a plethora of flavour.

Halloumi has become very popular in recent years and has become the accompaniment to many other dishes.

It is similar to paneer as both can be cooked without them melting.

These halloumi fries incorporate many Desi flavours like the spice from the chillies and the hint of earthiness from the cumin. As it is the cheese that is the fries, they are a filling snack.

Frying them adds a golden exterior which is crisp while the inside remains soft and mellow. At the same time, the flavour goes to a new level when the other ingredients are added.

This recipe was inspired by Mob Kitchen. 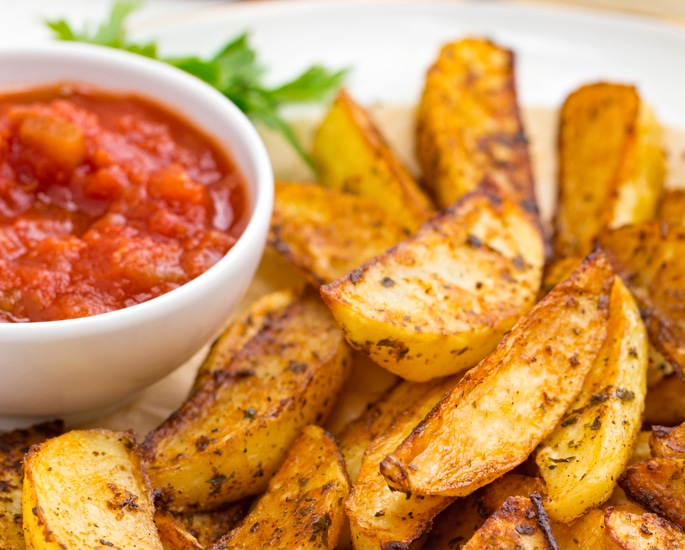 This simple dish gently spices up potato wedges by adding a light dusting of chilli powder but if you like spicy food, you can add more.

They go perfect with dishes which have subtle hints of smokiness such as tandoori chicken. The paprika in the wedges adds even more smokiness.

While other similar dishes use a masala mix, this is a masala oil rub. The oil ensures that the spices cover the wedges and crisps up the outside more.

This simple dish tastes delicious when dipped into a spicy tomato chutney. As it only takes 30 minutes to prepare, it is a great way to jazz up your potatoes. 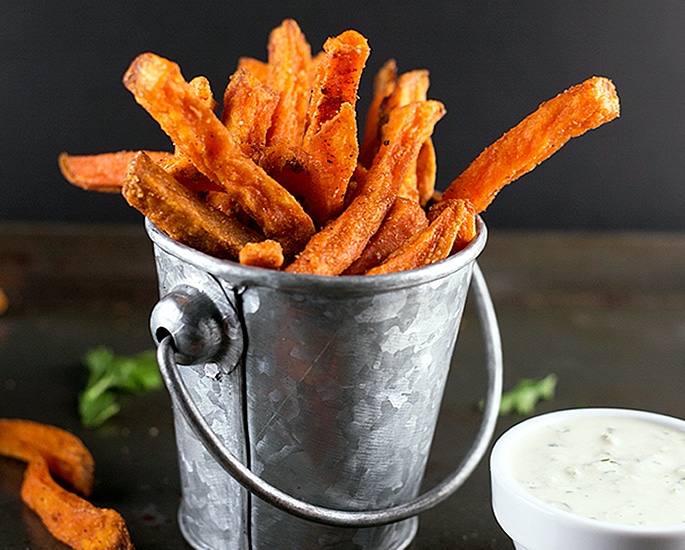 Using sweet potatoes to make fries adds a new depth when it comes to flavour as there is a natural sweetness coming from the potatoes.

Combining them with various spices creates more for your tastebuds to take in.

The Desi flavours of the sweet potato fries taste great alongside a garlic and cashew nut sauce, however, if you have a nut allergy, avoid.

The nutty flavour of the sauce offsets the sweet, spiciness of the fries, making for a delicious combination.

For the Garlic & Cashew Nut Sauce

This recipe was inspired by Crazy Vegan Kitchen.

These recipes are simple guides to help turn simple chips into something more. Combining spices for a Desi twist ensures delicious flavours in every chip.

Many are great on their own but when part of the main meal, it will add more depth to your dish.

While the recipes serve as a guide, you can modify the ingredients to your own personal taste. One thing for certain is that chips are much more versatile than you think.