A village council in the the Bokaro District in Jharkhand, Northern India allegedly sanctioned the revenge rape of a 14-year-old girl in retaliation for her brother’s misconduct. Three men have been arrested in conjunction with the case.

“We kept begging them. We begged with folded hands, but they would not listen."

A village council in the Bokaro District in Jharkhand, Northern India, allegedly ordered the rape of a 14-year-old girl in retaliation for a sexual assault committed by her brother.

Police have said that the girl’s brother was accused of attempting to rape a married woman. When the village council met the chief decided that this woman’s husband, thought to be called Nakabandi Passi, should rape the sister of the accused in revenge.

The girl has said that Passi then arrived after midnight with his wife, who dragged her out of her house.

She said: “She handed me over to her husband and told him to take me away to a nearby forest and rape me.”

The girl’s mother said: “We kept begging them. We begged with folded hands, but they would not listen. The dragged her away to the forest.” 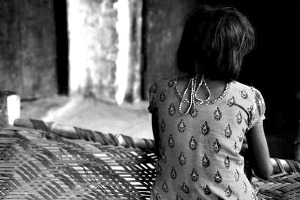 They have all pleaded not guilty. Jitendra Singh, a senior police official in the area, said: “They attacked her in retaliation and we are taking this case very seriously.”

In many parts of rural India the main source of justice is the village council, also known as the panchayat.

They commonly hold very conservative views and pass harsh sentences. This is not the first time that panchayats have made the news for their controversial judgements.

In January 2014, a 22-year-old woman from West Bengal claimed that the village council had sanctioned her gang-rape as a punishment for falling in love with a man from another community.

The ordered rape was carried out by 13 members of the village community, whom the woman had known as neighbours.

There have also been cases reported in India of rape victims being made to marry the man who have attacked them. Such sanctions have been condemned by India’s Supreme Court.

However, the panchayats do not feel that they need jurisdiction from a higher authority. Within their communities they hold the right to pass judgement on anything they choose, and they operate with a very insular set of rules unconnected to India’s justice system. 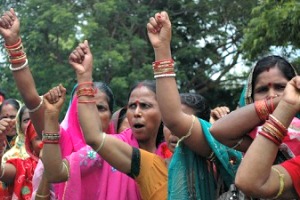 Sukhbir Singh, a former head of a village council in Reelkha, said: “We make the decisions… and we never make mistakes.” Frequently, the panchayats are enforcing codes of honour which have been a part of the village culture for centuries.

Their extremely conservative views have led these councils to forbid women from leaving their houses, or the village, without being accompanied, owning mobile phones or wearing western clothes such as jeans.

International attention has been focused on India’s treatment of women recently, especially after the famous gang-rape of a student in 2012, in Delhi.

This victim later died of her injuries and mass protests began against the sexual violence committed in the country. The men were later convicted and given the death sentences.

A number of new laws have been passed since the Delhi tragedy, but it seems that this alongside public and international outrage has had little impact on the number of rapes taking place in India on a daily basis.

Another incident in August 2013 saw a photojournalist on assignment in Mumbai gang raped by 5 men. She was accompanied by a male colleague who was tied up, and she suffered internal and external injuries.

In the environment of rural India, where the panchayats preside over justice, and honour codes are seen as paramount, women often become the means of preserving or taking away this honour.

The Jharkhand case once again highlights the need for India’s Supreme Court and federal government to work towards a more open attitude towards women, and to establish authoritative justice throughout the country, so that the panchayats are not the only option.

Eleanor is an English undergraduate, who enjoys reading, writing and anything media related. Aside from journalism, she is also passionate about music and believes in the motto: “When you love what you do, you’ll never work another day in your life.”
Indian World War II Veteran awarded Medal
Maoist Leader arrested for Sex Offences