A former leader of a Maoist cult in Brixton, South London, has been arrested for sex offences by the Metropolitan Police. Originally arrested regarding slavery and imprisonment, Aravindan Balakrishnan is now facing more charges.

Balakrishnan was first arrested when a woman told a charity she had been a slave since the 1970s.

The former leader of a Maoist cult, Aravindan Balakrishnan, was initially arrested in November 2013 for detaining women against their will.

Now, in addition to the original allegations, he has been arrested for sex offences and, according to the Metropolitan Police, is currently being questioned.

Balakrishnan was arrested with his wife, Chanda Pattni. The original arrest was made when a woman told a charitable organisation that she and two other women had been held hostage in domestic servitude since the 1970s.

Since this case was first brought to light in November 2013, the cousin of one woman kept at the house in South London has come forward.

Eleri Morgan, the cousin of Sian Davis, claims that her relative died after falling out of a bathroom window whilst living at Balakrishnan’s Brixton house. 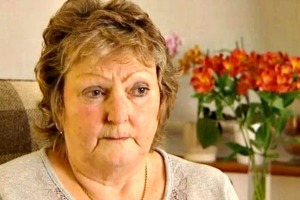 Ms Davies remained in hospital for seven months following her fall, yet her family maintain that they were told nothing of this.

Though these letters arrived often and provided some news of her cousin, Ms Morgan was not allowed to see Ms Davies.

Speaking of her cousin and her tragic death, Ms Morgan said:

“She was outgoing, we went clubbing in our younger days, enjoyed the good life, and the next time I saw her she was in the morgue. I picked up the paper and oh my God, Bala and it all came back to me.”

Police later confirmed that they had arrested both Balakrishnan and Chanda over allegations that they made slaves out of three women for more than 30 years.

The three alleged victims are a 30-year-old British woman, a 57-year-old Irish woman, and a 69-year-old Malaysian.

They are said to have suffered years of mental as well as physical abuse, and the Police have been conducting house to house questioning in the area to find out more of their ordeal.

Police have in fact confirmed that there are inquiries into this case ongoing that relate to 13 addresses, all in London.

Balakrishnan and his wife are aged 73 and 67 respectively, and they are thought to be already well-known to the police.

In 1976, the pair began inhabiting a communist squat in the Mao Zedong Memorial Centre, in Acre Lane, Brixton.

These charges of servitude and forced labour were Balakrishnan’s original cause of arrest, but after answering bail he was rearrested on suspicion of sexual crimes. 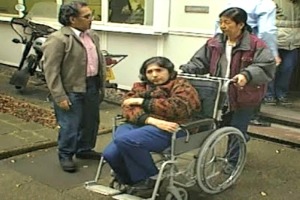 A spokesman for the Metropolitan Police said:

“At approximately 10.30 hours on Tuesday, 29th July, detectives from the Metropolitan Police Services Human Trafficking Unit further arrested a 73-year-old man in relation to serious sexual offences, which form part of an ongoing investigation into forced labour and domestic servitude in November 2013.”

The police have stressed since 2013 that this is a ‘unique’ case, and one which will require extensive investigation.

Commander Steve Rodhouse, who led the investigation, said: “We do not believe that this case falls into the category of sexual exploitation, or what we all understand as human trafficking.”

However, the recent developments in this investigation suggest that there is yet another layer to the actions of Balakrishnan and his wife Chanda.

Clearly this is a complex case, with both extreme political and sexual aspects, but despite its uniqueness, it is also another incident in the series of human trafficking investigations in recent times.

According to the Metropolitan Police, Balakrishnan remains on bail and is due to return to a police station again on a date in mid-September, though a date for his trial has not yet been confirmed.

Eleanor is an English undergraduate, who enjoys reading, writing and anything media related. Aside from journalism, she is also passionate about music and believes in the motto: “When you love what you do, you’ll never work another day in your life.”
Revenge Rape of Girl in rural India
Mother admits killing toddler Mikaeel Kular