The mother of a three-year-old boy has pleaded guilty to the culpable homicide of her son. Rosdeep Adekoya tried to cover her crime by reporting Mikaeel missing, but later broke down and confessed to police.

"It was an accident and I panicked. I am going to the jail."

Rosdeep Adekoya, the mother of a three-year-old boy named Mikaeel Kular, has admitted to killing him when she lost her temper.

The 34-year-old mother was originally on trial for her son’s murder, but instead she pleaded guilty on July 25th to the lesser charge of culpable homicide.

Adekoya is a single mother of five, and a beauty therapist. To cover up for the crime of killing her son, she reported him missing on January 16th of this year.

She told the police that Mikaeel had disappeared and that she had last seen him in the bedroom he shared with his sister. The family lived in a flat in the Drylaw area of Edinburgh.

This report led to a large scale search by both the police and local community. The police found Mikaeel’s body late into the second day of searching.

The body was concealed in woodland behind a house in Kirkcaldy, Fife, that Adekoya had once inhabited with her sister. 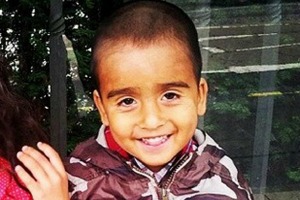 A police examination of the mother’s computer revealed that she had conducted internet searches using the terms ‘I find it hard to love my son’, ‘Why am I so aggressive with my son’, ‘I love all of my children except one’, and finally ‘Get rid of bruises’.

The police also uncovered evidence obtained from her mobile phone provider which proved that Adekoya had driven all the way along Forth Road from her Edinburgh home to Fife on the day following her son’s death.

When Adekoya was confronted with these findings she broke down. She then agreed to show officers where she had dumped Mikaeel’s body, and how she had wrapped the boy in a duvet cover and placed him in a suitcase.

Adekoya told police: “It was an accident and I panicked.”

She admitted that she had killed her son by beating him repeatedly to death. It has been established by the post mortem that Mikaeel died late on Tuesday January 14th from the beating, which happened the previous Sunday.

When Mikaeel was repeatedly sick, following a trip to Nando’s at the city’s Fountain Park, the mother had ‘lost her temper’. She held him over the bath and ‘beat him heavily’ on his back as she held him over a bath.

During the next few days Mikaeel was kept out of nursery by his mother, as his health was worsening. 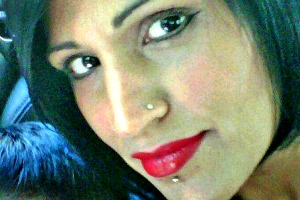 However, instead of caring for her son, Adekoya assaulted him again on Monday for becoming ‘listless’. She did not seek treatment for him in case a doctor saw his bruising.

Prentice said the guilty plea to ‘culpable homicide’ instead of murder was accepted as: “Adekoya had no intention to kill Mikaeel and that the assault perpetrated upon him, although severe, fell short of the wicked recklessness required for murder.”

Adekoya herself said in a police interview: “It was an accident and I panicked. I am going to the jail.”

Father of Mikaeel, Zahid Saeed admitted: “My opinion is it should be an eye for an eye.

“I don’t want her to rot in hell, I want her to live for eternity so she can remember what she has done and live with the guilt. I hope she does not take the easy way out. She should suffer every day,” he said.

This case has also called into question the actions of the local social services. Adekoya’s mother had previously called social services twice, concerned about her daughter drinking to excess and going out, leaving the children unattended.

Fife council monitored the family until December 2013 which was only a few weeks before Mikaeel was killed. It is hoped that social services will now be alerted to the case, and take care of Adekoya’s other four children.

The mother will be sentenced on August 25th, as her guilty plea has been accepted.

Eleanor is an English undergraduate, who enjoys reading, writing and anything media related. Aside from journalism, she is also passionate about music and believes in the motto: “When you love what you do, you’ll never work another day in your life.”
Maoist Leader arrested for Sex Offences
Government targets Modern Slavery in Britain