DESIblitz lists the 5 best South Asian musicians with the most exciting sounds that will surely spice up your 2022 playlist.

"It’s the kind of song you can really let your hair down to."

2021 was a monumental year in highlighting the versatile and distinct sounds of South Asian musicians.

The distinct sounds were heard from globally renowned artists. This includes the impeccable groove of ‘Paapi’ by Prabh Deep and the sweet stylings of ‘Haye Ni Tere’ by Sara Khan and Ravi Nain.

Even the song ‘Kisan’ showed the impactful nature Desi artists can have. The track featured artists like Coolie and Jaz Dhami who shone a light on India’s farmer’s protests.

With that said, it comes as no surprise that the level is raised for singers, rappers and producers alike.

However, given the success of these artists in 2021, 2022 is perfectly set for a bombardment of South Asian flair.

DESIblitz presents the 5 top South Asian musicians to keep your eye on in 2022. 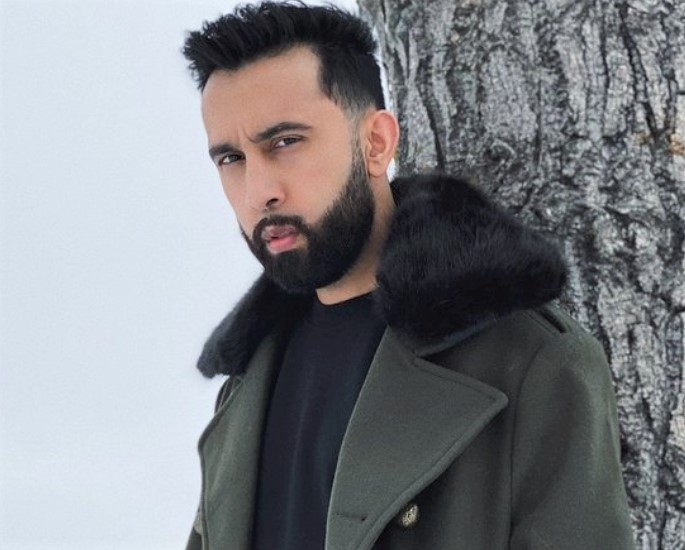 Indian Canadian singer, songwriter and producer, The PropheC, was one of the standout stars of 2021.

Having shot to fame in 2011 with his first album, Forever, The PropheC has excelled in every musical department since.

Working with South Asian musicians such as Raashi Sood, Raxtar and Ikka, have certainly propelled the musician’s skill set.

His combination of different genres continues to push the boundaries for South Asian artists. Rap, bhangra, pop and RnB are classic styles that The ProhpheC can mould and modify as he needs.

However, it was 2021, which solidified the producers immersive sound.

Releasing two singles, ‘To The Stars’ and ‘Nai Chaidi’ along with his fifth studio album, Solace, the projects highlighted the artist’s impressive work rate.

Tracks off Solace such as ‘Close’ and ‘Solace’ have racked up over an incredible 4 million plays on Spotify each.

So, there is plenty of excitement in how the musician can carry this success forward in 2022.

Not only that but how he can blend urban snares, soulful lyrics and Desi culture is truly hypnotic.

With over 302,000 Instagram followers, The ProhpeC is one of the most sought after South Asian musicians in the industry.

But more impressively, there’s a certain mysteriousness within his songs that leaves fans immersed in his catalogue.

Having teased on his Instagram account that he “can’t wait to show you the next chapter”, the music scene is on high alert to see what The ProhpheC is conjuring up. 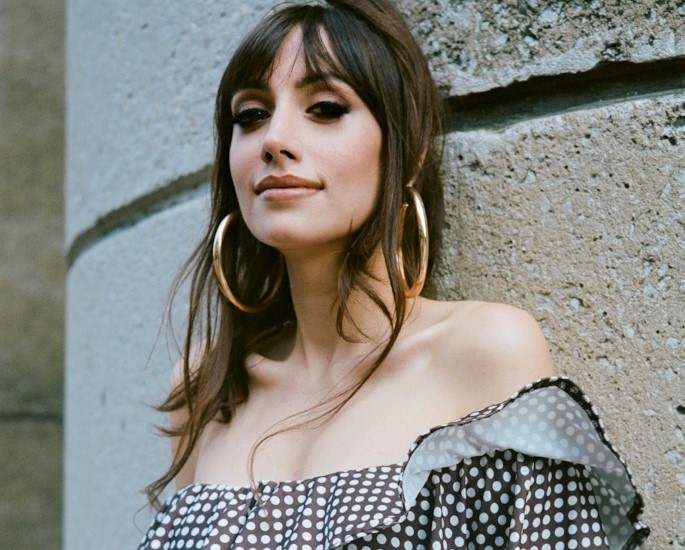 London-based Segiri is a sultry and hypnotic singer who has elevated her ability amongst South Asian musicians.

Although she is relatively fresh in the music scene, her triumphant tracks in 2021 have certainly put her on the map.

Born in India and then moving to London when she was 18-years-old, Segiri’s music blends both east and western cultures seamlessly.

Her pop-infused songs ooze with catchy choruses and upbeat instrumentation.

Although Segiri’s beautiful vocals were on display throughout 2020 with releases like ‘Red Flag’ and ‘Chances’, it was 2021 where the artist shone.

This was highlighted in her lively songs ‘Parallel’ and ‘Undone’, both of which have received immense praise.

Talking on ‘Undone’ to Akshay Bhanawat from The Music Essentials, Segiri expressed:

“The track is about letting loose and inviting in new experiences. It’s the kind of song you can really let your hair down to.”

She is fully dedicated to each song, making listeners feel a certain type of way, whether that’s rocking out in a club or relaxing with a drink at home.

The eloquent South Asian musician has received recognition from the likes of Ashanti Omkar from BBC Asian Network as well as other stations such as KISS and Soho Radio.

With an evergrowing list of accolades, it comes as no surprise how Segiri’s melodic voice and electronic sound is finally getting the attention it deserves.

Having worked with established producers like Lewis Gardiner and One Bit, the starlet is gearing up to take over 2022. 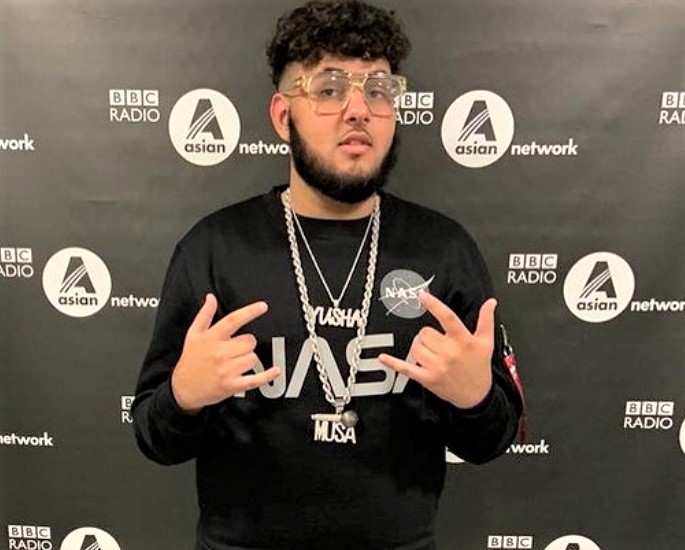 Born and raised in Wolverhampton, UK, Musa is a raw and talented rapper who has been shaking up the scene with his energetic flows.

As a British Asian artist, Musa hopes to abolish the stereotypes related to the underdeveloped and ‘urban’ areas within England.

With the rise of drill rap, many music fans feel drugs, violence and sex are at the forefront of UK music.

However, Musa’s intelligent blend of his South Asian values and cultural experiences result in something entirely fresh.

It also captured the attention of legendary UK DJ’s in Sir Spyro and Bobby Friction. The latter eventually picked Musa as a BBC Introducing Artist in 2019 and deservedly so.

However, as Musa’s notoriety began to increase, so has his maturity within his projects.

‘Active’ is especially hypnotic due to the symphony of South Asian vocals at the start. A YouTube comment by Birmingham-based DJ, Hussy, mentioned:

“You got to listen to the bars to really understand his talent.”

This new and energetic sound has a refreshing ode to his background, signifying how important heritage is to him.

With unparalleled praise from industry elites, Musa is looking to transcend his success in 2022 and is surely one to keep your eye on.

Take a look at the South Asian musician’s catalogue here. 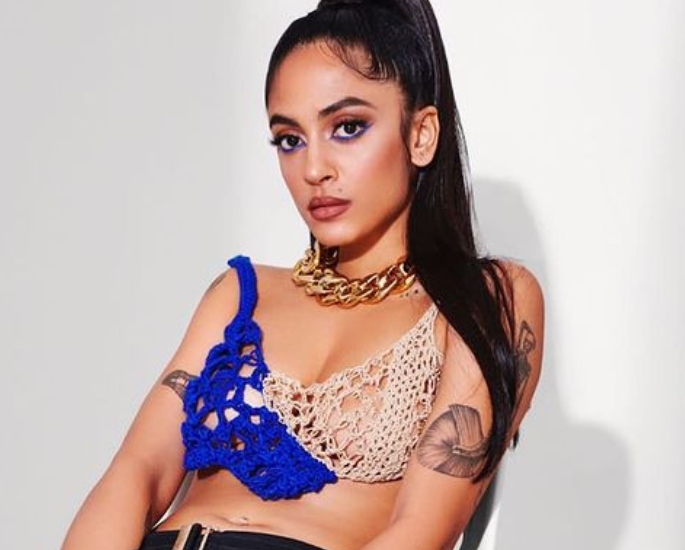 Born in Mumbai, India, Kayan had an influential upbringing drenched in musical artistry and cultural importance.

Her mother is a Hindustani classical vocalist and her grandmother was a distinguished kathak dance expert. This exemplifies how foundational South Asia is to Kayan’s attributes.

She carries these influences within her music but is not entirely tied down to one genre or style.

Compellingly her projects take after more modern artists such as Jorja Smith and Kali Uchis.

This comes as no shock to listeners who have experienced the grace in her voice, especially in 2020, when Kayan put out the beautiful songs ‘Please’ and ‘Heavy Headed’.

However, it was her track ‘Cool Kids’ (2020) that really put the angelic echo of Kayan’s melodies on the map.

Racking up over 1 million streams on Spotify, fans and artists alike were taken back by the singer’s talents.

But this didn’t stop in 2021. Alluring songs like ‘So Good’ and ‘On My Own’ had listeners fascinated with Kayan’s ambience.

It is this purity that makes Kayan so intriguing. Talking to The Hindu Times in August 2021, the singer stated:

“My songwriting really comes from me being able to channel all my energies in this beautiful manner which keeps me sane, honestly.”

Undoubtedly, it is this serenity and euphoric feeling through songwriting that Kayan wants fans to feel when listening to her music.

Therefore, 2022 will certainly be a triumphant year for the trailblazing starlet.

Have a listen to the tracks of Kayan here. 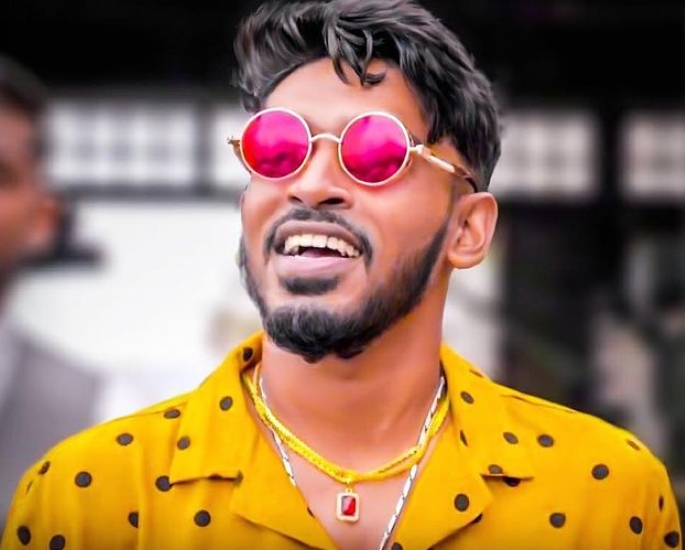 Tamil rapper, Ratty Adhiththan, is a mesmerising lyricist from Jaffna, Sri Lanka. Moving to Europe in 2013, Ratty has emerged onto the scene as a proficient and well-rounded artist.

The South Asian musician is a total embodiment of Tamil culture. His multilingual approach to music is unbelievable yet impressive.

Fans witnessed this in major anthems like ‘Panda Reprise’ (2016) and ‘Kadaisi Thotta’ (2018). However, the Desi component of his work still shines through.

It is this fusion within each of Ratty’s songs that set him apart from his contemporaries.

This was highlighted through his joint project ‘Naan Kudikka Poren’ (2019) with musicians Sahi Siva and Selojan.

The track has over a staggering 5.1 million Spotify streams and solidified Ratty’s capabilities as a South Asian musician.

The artist stayed under the radar during 2021 but to good effect. He released his incredible debut album Padaiyon in January 2022.

The album is an embodiment of Ratty’s passion for music. The collection oozes with cultural sounds, exquisite instrumentation and of course, vibrant raps.

The body of work also shines a light on other South Asian musicians as well.

Featuring the likes of rapper MC Sai, Aruyah Shan and British Asian artist, Pritt, Padaiyon is a festival of melody and harmony.

By exploring all the eloquent, raw and immersive avenues of different genres, Padaiyon is already a musical masterpiece.

Undoubtedly, Ratty will want to develop on the album’s early triumphs in 2022 and fans are eagerly awaiting the musician’s next move.

Have a listen to Padaiyon and Ratty’s other pieces here.

2022 is an exciting time for all of these South Asian musicians and their fans.

With an abundance of artists, both established and emerging, the music industry will display an array of Desi talent worldwide.

The most fascinating thing is that these artists are all unique in their own right. Yet, collectively they symbolise how artistic and musically gifted South Asians are.

With interest from different fans and artists, South Asian musicians are continually solidifying their place in mainstream music.

Therefore, 2022 is set up to be a terrific year for the industry.