Some of the finest Punjabi folk musicians will join DJ Swami in touring the UK this July as part of PunjabTronix. DESIblitz brings you all the details.

"I'm honoured to share this experience collaborating with the finest musicians of Punjab.”

In July 2017, Punjabi folk musicians will perform in venues around the UK as part of PunjabTronix.

The show is an international collaboration between DJ Swami and several of the finest traditional Punjabi folk artists from India.

The Asian Arts Agency produced PunjabTronix as part of Reimagine India 2017 which celebrates the 70th anniversary of the independence of India.

PunjabTronix will uniquely combine live electronic dance music with Punjabi instruments and vocals to produce a show which will mesmerise audiences.

DESIblitz brings you all the details ahead of the shows which may soon be coming to a town near you. 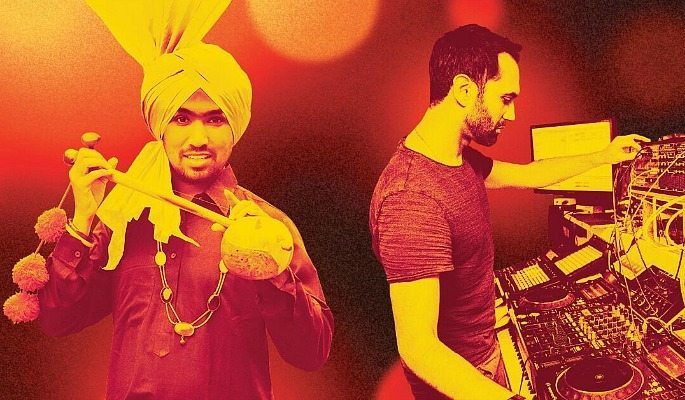 PunjabTronix brings together the musical talent of DJ Swami with that of several exciting Punjabi folk artists.

It will provide an outstanding combination of electro-pop and Punjabi vocals, dhol drums, stringed instruments, and double flute alghoza.

In a unique marriage of technology and tradition, the show combines live electronica with the traditional sounds of Punjab.

The live performance will feature never before heard sounds and rhythms and is sure to captivate audiences around the UK.

PunjabTronix will reimagine some of the biggest Punjabi folk classics such as ‘Challa’, ‘Heer’, and ‘Jugni’, as well as others.

To ensure the true captivation of UK audiences, there will be projections of original digital animations and Punjabi imagery. The work of the Bristol-based filmmaker, John Minton, will complete a truly unique musical and visual event.

About the tour, Jaswinder Singh, the Director of the Asian Arts Agency and Project Producer, said:

“We are delighted to be presenting PunjabTronix, an exciting contemporary music project where technology meets raw Punjabi folk music. This international collaboration between the exceptionally talented British and Indian artists is receiving global attention from audiences and promoters. I’m looking forward to the national UK tour in July and hope that audiences enjoy this new music performance.”

PunjabTronix will bring the special talents of three Punjabi folk artists to cities around the UK.

Vijay Yamla (below, left) is the multi-instrumentalist grandson of the much-celebrated folk singer, Yamla Jatt. Vijay brings great musical experience to the project given his ability to play the Tumbi, Tumba, Alghoza, Bugchu, and Vanjali.

Dheera Singh (below, bottom right) is one of the most sought after Sarangi players from Punjab. As well as playing the Sarangi, Singh also specialises in playing the Dhad.

He’s performed and recorded with a number of Punjabi artists, and featured on several albums. Dheera has also played on a number of Bollywood film soundtracks, including the hugely successful ‘Singh is King’. 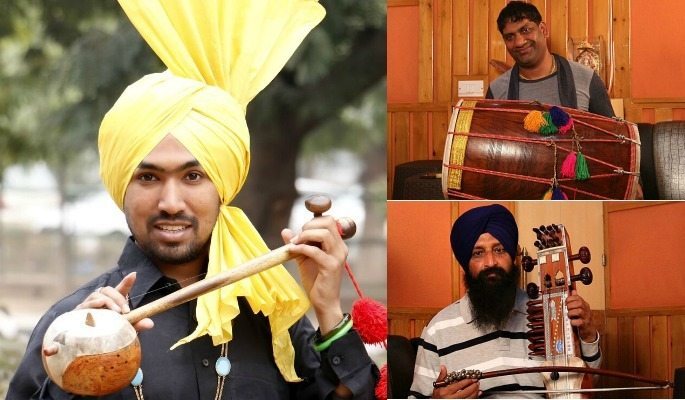 The talented Dhol player, Naresh Kuki (above, top right), is the third Punjabi folk artist to be touring the UK. He will also be playing the Dholak at PunjabTronix 2017.

Kuki has performed on albums and worldwide bhangra hits with Panjabi MC and many other internationally acclaimed artists.

It will be truly exciting to see these three talented folk artists performing to electronic sounds by DJ Swami.

DJ Swami will provide the electronic dance sounds to mix with the live performances from Punjabi folk musicians.

Otherwise known as Diamond Duggal, DJ Swami is one of the pioneers of fusing Western and Asian sounds.

The Grammy and Mercury nominated music producer, DJ Swami, has always explored the hybrid British Asian identity. He produced and co-wrote the journey of Swami (So Who AM I?) and built the unique electro-pop Swami sound. 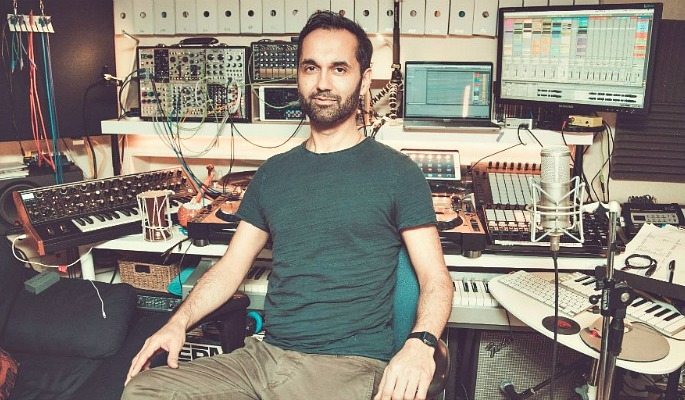 DJ Swami’s experience in combining such contrasting sounds is perhaps why he is central to the upcoming tour.

About it, he says: “PunjabTronix is a progressive insight into my third generation British-Indian influences of electronica, hip hop and Punjabi folk. I’m really excited to be touring PunjabTronix to UK audiences, and honoured to share this experience collaborating with the finest musicians of Punjab.”

Where and When can you see PunjabTronix?

They will begin their tour at Arnolfini, Bristol, on July 16 before heading to the Norwich Arts Centre on July 18.

A day later they will be performing at the Cambridge Junction, and then at Rich Mix, London, on July 20.

The Birmingham MAC will host PunjabTronix on July 21, before the tour concludes at the New Art Exchange in Nottingham on Jully 22, 2017.

For more information, and booking your tickets, visit the official website here.