‘Olléh’ is ‘Hello’ backwards and is a very cool dancehall tune that is sure to be a hit for the summer.

“Olléh is something we created in mind of something people can listen to easily, understand easily but still enjoy it.

“The main purpose of Olléh is to showcase a bit of what we can do, keeping that in mind the way we have made it different is by keeping things simple and being us,” TJ explains.

Post his appearance on the popular reality TV show, Desi Rascals, Anj has been enjoying his growing fanbase and the chance to show off his musical passion:

“After Desi Rascals things have been great I feel a lot more free now to do what I want. Honestly at times I felt like I was told what to do and say a bit too much the PR team around me, they would never let me be myself. But it gave me an amazing platform to showcase my talent so that’s good,” Anj tells DESIblitz.

The fitness expert adds that music is something that he has always been interested in. He even started his own label called Pure Music Generals in 2008:

“I have always been into music from a young age but when I started a label and a group called Pure Music Generals (PMG) in 2008 is when I really got into it. 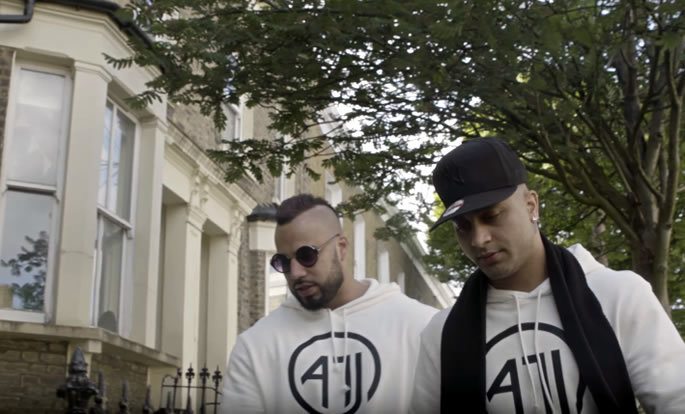 “We started off making grime and a fusion of Desi beats with hip hop influences in our music, I was always doing the management and helping with the production of the music.”

This hot new collaboration with the talented vocalist TJ came about very recently. As Anj tells DESIblitz, he met TJ at his studio a few years ago, while he was still recording with PMG:

“So we recently got in touch and he showed me his vision and plans and wanted me to be apart of it and the truth is when we jammed some of the vibes created was something I have always wanted to do.

“We were going through beats on YouTube and we just loved this one beat if I be totally honest I was well out of my comfort zone musically but TJ is a musical genius and I have learnt so much from him it’s crazy.”

TJ adds: “Firstly Olléh that means hello… Lol. It’s hello backwards so I came up with the concept once I heard the beat online.”

‘Olléh’ offers a fresh take on British Asian music that we have been used to hearing – in addition to the dancehall influence, it has a chilled out Punjabi vibe that many British Asians are sure to enjoy.

TJ hopes that listeners will connect with the summer vibes of the track that elevates his Desi roots to a new level:

“My ‘waves’ to connect people is through music and each time I’m in studio I always create a vibe and I create waves which makes me more versatile in order to create something for everyone, that’s the main mission.”

Watch and listen to TJ and Anj’s ‘Olléh’ here:

‘Olléh’ is certainly a new side to Anj Baig that fans will not have seen before. On Desi Rascals, he was the ripped fitness expert who could also conquer a dance floor with his slick moves. Now, he’s hopes to prove himself as a music artist:

“You get to see a side of me that nobody has ever seen before including my family it’s all positive vibes but cheeky raps and amazing flows,” Anj explains.

“Music has always been apart of me so it’s a project that I’m working with TJ on and creating a brand I know for a fact this is the best work of mine I have done so it goes hand in hand with everything else I’m doing.”

That’s not to say that Anj’s fitness will be taking a backseat, however:

“In regards to fitness that is apart of my lifestyle that will never stop, it’s time for me to showcase another side and dimension to Anj Baig which is what you will see and hear in our music.” 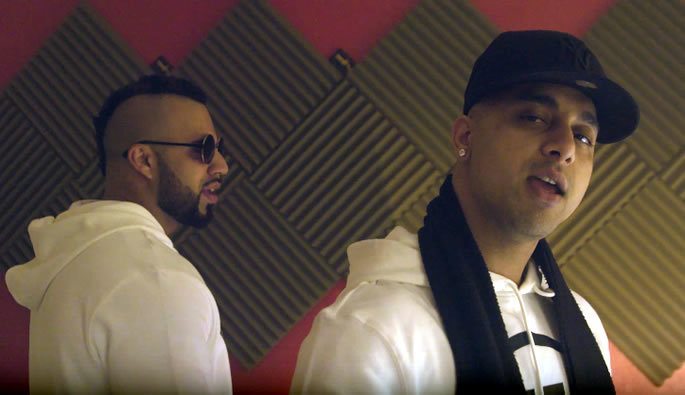 The two artists have decided that their first single will be free for their fans to download. As TJ tells us: “Why wouldn’t you wanna dance to something that’s free?

“It’s our introduction track and we want the world to get the feel of our style.”

Anj tells us more: “I think the British Asian music scene is quite respected and acknowledged, I’m happy to be apart of the scene. The bad side about the scene is just trying to break through as I don’t feel there are enough platforms available. The ugly side to the is people not supporting one another.”

Both TJ and Anj believe that their upbeat summer track can add a fresh dimension to the UK Asian music scene. And we’re pretty sure that TJ and Anj will continue to make “waves” with more of their musical sound.

A perfectly chilled-out track for the summer, ‘Olléh’ is available to download for free now.

Nazhat is an ambitious 'Desi' woman with interests in news and lifestyle. As a writer with a determined journalistic flair, she firmly believes in the motto "an investment in knowledge pays the best interest," by Benjamin Franklin.
PunjabTronix brings Punjabi Folk Musicians to the UK
British Bangladeshi Shapla Salique talks Baul Folk and Jazz