British Asian artist Shapla Salique is well-known for her unique musical style. Drawing on her close connection to her Bangladeshi heritage, she blends traditional folk sounds with modern-day jazz.

As a musician, Shapla loves to experiment with the sounds of her childhood and mix them with the Western influences she has grown up with. In particular, she has a strong affinity to jazz, which inspires much of her own style.

Shapla Salique grew up in a family surrounded by music. It was her father who taught her to play the harmonium and she would regularly tour with him as a young girl. It was only a matter of time before the talented singer-songwriter would herself pursue music as a career.

Her talent and originality has taken her around the world. She has performed at London’s Queen Elizabeth Hall and even the Houses of Parliament.

In a special interview with DESIblitz, the British Bangladeshi singer-songwriter, Shapla Salique, tells us more about her passion for music.

You grew up surrounded by Bengali folk music, did you always know that music was something that you would eventually turn into a career?

Absolutely – and you’re right, I’ve been surrounded by music pretty much my whole life. I always had a close connection with music from a really young age.

Being born into a musical family where music was such an important aspect has hugely contributed in my musical journey and career, and to be honest that’s the only thing I ever thought I’d be – a singer!

When did you learn to play the harmonium and who taught you?

My passion for the Harmonium started from a really young age.

I think I tried to play when I was about four years old, but the Harmonium was bigger than me, lol, so I had to wait until I was about 6 or 7 to learn properly.

It was my Dad who taught me to play.

Who were your musical inspirations growing up?

My grandfather and my dad – both a huge inspiration when I was growing up.

I also remember being totally obsessed over Bjork in my teenage years, she had such a big impact on me growing up.

“I also grew up listening to Farida Parveen, Etta James and Abida Parveen – just hearing what these three women can do with their vocals was so inspiring – the ultimate soul Queens, loved their raw, emotional vocal style – huge inspirations.”

Are there many similarities between Jazz and Bengali folk?

Interesting Question – Jazz and Bengali folk, you would first think, how does this even musically work – the styles have so little in common. But there is something so amazing about these two great musical styles of the world, which when put together, you have something special and unique and something that I believe is very valuable.

You know, Bengali Baul music has roots going back hundreds of years, a style developed in the 19th Century and both the lyrics and the music are soul-searching, everything needs to flow naturally.

So when I incorporate western instruments it needs to work rhythmically and responds well with the melodies of my songs – this process isn’t always easy as it needs to be done carefully and delicately. Otherwise it’s easy to lose the originality of these songs.

The main focus is the melody and how the song is being delivered, but when it all locks in, wow – that gives me Goosebumps!! 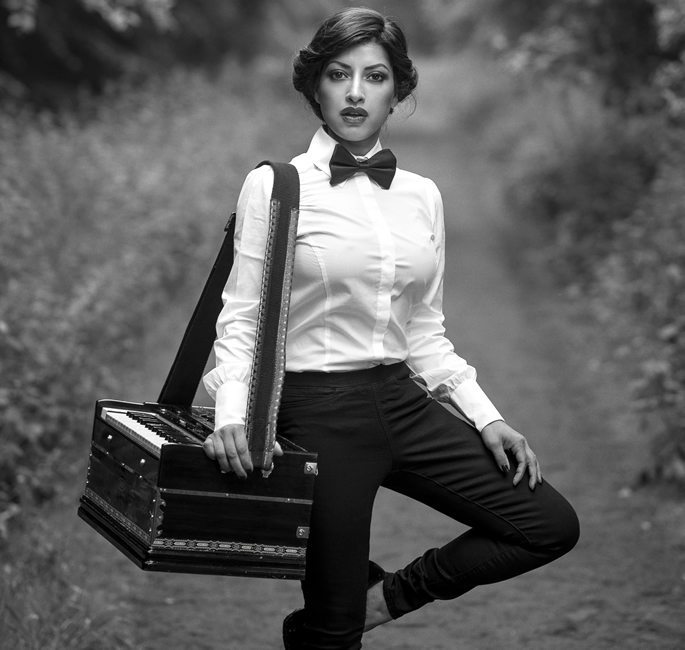 Your music is an eclectic mix of East meets West – what was your aim in merging the two together?

You know, I get asked this question a lot and to be honest, this happened naturally. The sound I have created was not a conscious decision.

I love Bengali Baul folk music and I also love Jazz – so naturally, I incorporated the two styles together which responded really well together.

What does Bengali Baul music mean to you?

Oh, man, Baul music specially Fakir Lalon Shah’s music is my lifeline. His lyrics and melodies have had a huge influence on me, it reaches a part of me that I never knew I had.

I have a very strong connection with his music and it’s definitely been a spiritual thing for me, it truly makes my soul smile… 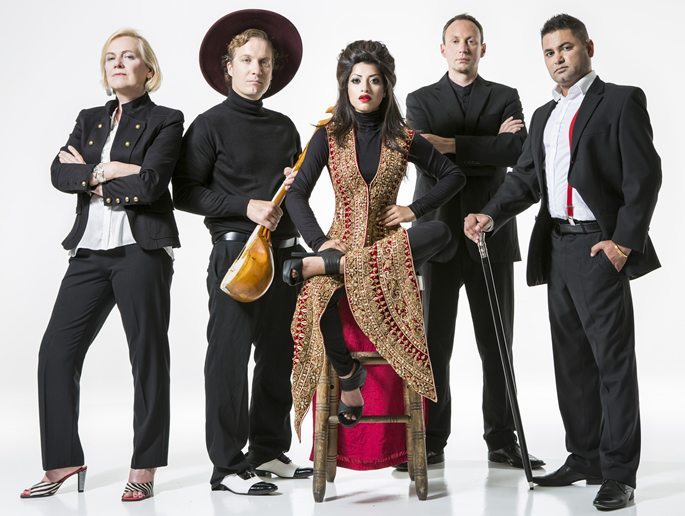 How important is it for newer generations of British-Bengalis to hold onto their culture and heritage?

This is a very important question and I feel very passionately about it.

“I believe that the younger generations should hold on to their culture and heritage, and this is why I love promoting Bengali arts and culture, to hopefully inspire the next generation of British Bengalis, who I believe are sadly moving away from the traditional elements of their heritage.”

You know, as an artist I consider myself a bridge between the two cultures, (Bengali and English) and my music is such a breakthrough composition of East and West – it really takes Bengali folk into the funky jazz era, which I find is reaching and connecting with the young British Bengali’s.

I find that making the music accessible and relevant to the younger generation, is helping to bridge the boundaries between the two cultures, and I hope to help Bengali Baul music to evolve by introducing international audiences & help the future generations of British-Bengalis to hold onto their culture and heritage.

I really feel that it’s making a difference from responses I have gotten from younger British Bengalis. 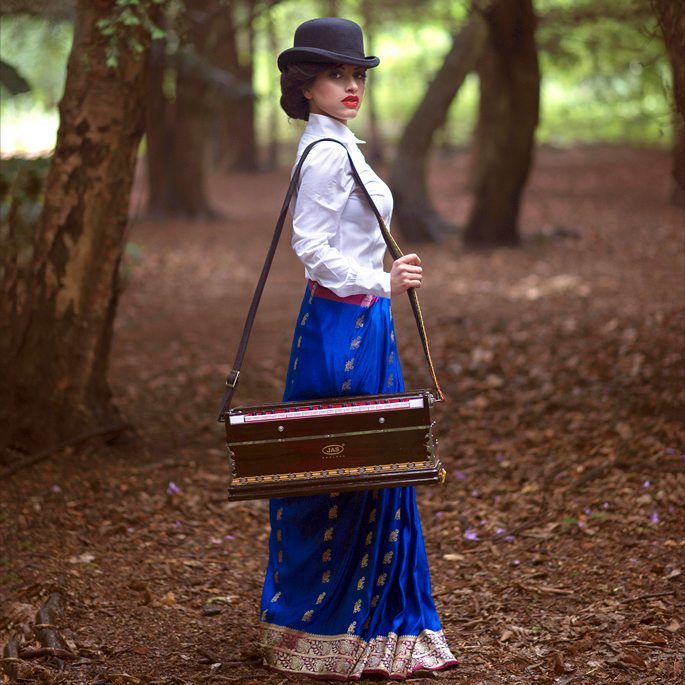 Tell us about your songwriting process, how do you start writing a song?

Well, writing a song can be quite difficult especially when you sit down and you just can’t think. I find it easier to write about things which are personal to me.

What really works for me, is writing about what I’ve experienced, what I’ve gone through, something that has affected me. It’s then that words come out and I think wow, where did that come from…lol…

You took a quite a long break from music. How did this impact your music and more specifically your new album, No Boundaries?

Yes, I did but not necessarily by choice, but perhaps more by circumstances.

Being a Muslim woman and pursuing a career in music and trying to maintain your religion and culture hasn’t been easy, I have been discouraged by many people along the way, for many years, I faced challenges and obstacles.

“Those were really difficult times, and I’ve been through a lot. But you know what, I used those struggles and hardships in a positive way and now have the freedom and power to be as diverse and creative as I wish and I feel, it’s important to always, always, always just keep doing what you love and what makes you happy.”

It is all of these things that really encompass the No Boundaries album – it is not just a musical piece but also a statement in itself. 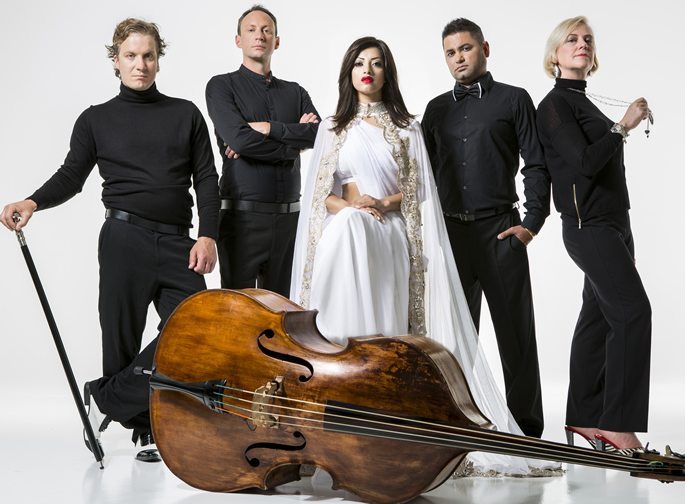 What’s next for Shapla Salique?

Life is good and I am so content and happy right now, and to be frank, every day is a blessing to be able to do what I am doing for now.

I am currently getting ready for my shows in New York, Dallas, and for the first time ever I will be performing in Birmingham, UK – so really looking forward to that.

These are going to be some amazing gigs – so I am just focusing on that for now. Will see what next year brings- so just enjoying the moments as they come. 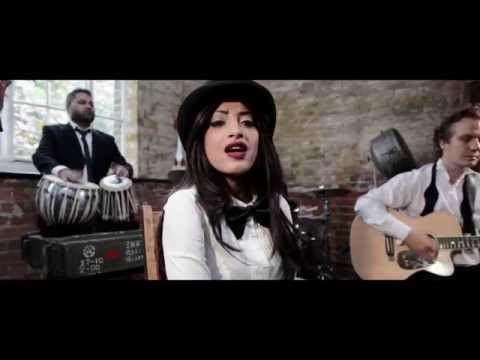 Having returned to music after a long hiatus, Shapla Salique’s style has evolved into something more personal and unique to her. Her songs combine drums, electric guitars with the tabla and harmonium. While she sings in Bengali, her style is Western.

It is clear that she very much embodies the modern British Bangladeshi persona – through her love of both the East and West. And through her shared love of her heritage she is a brilliant role model for other British Asians to stay connected to their roots.

Shapla Salique and her jazz band will be performing at the Birmingham Town Hall on Sunday 23rd July 2017. For more details, and to book tickets. Please visit the Town Hall Symphony Hall website here.

Aisha an English literature graduate, is a keen editorial writer. She adores reading, theatre, and anything arts related. She is a creative soul and is always reinventing herself. Her motto is: “Life is too short, so eat dessert first!”
TJ and Anj release Summer vibes track ‘Olléh’
Roach Killa and Blitz release the YYZ Project through desiFEST