Hina Khan took to Instagram to flaunt a royal purple lehenga, looking stunning as she did so and giving off major wedding vibes.

Hina's makeup elevated the regal purple that she wore

Hina Khan gave off wedding vibes when she showed off her look in a gorgeous purple lehenga.

The TV actress looked stunning as she took to Instagram for the photoshoot.

Hina wore a purple lehenga-choli set embellished with gold detailing. Her choli had a deep round neck and was adorned with intricate sequins.

She flaunted her toned midriff while the lehenga also featured the same sequin work at the waist and hem.

Hina paired the outfit with a white choker and matching maang tika, complimenting her look.

She accessorised her look with a statement ring and bangle. 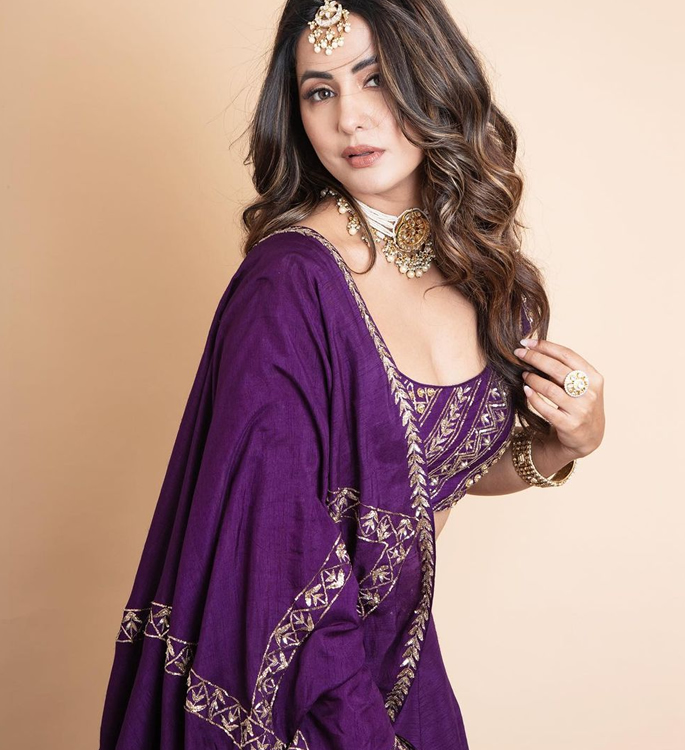 For her makeup, Hina opted for a natural look, going for a nude lipstick along with a similar blush. Her eyes, however, looked shimmery as they were mascara-laden.

Hina’s makeup elevated the regal purple that she wore for the photoshoot.

Hina’s Instagram photoshoot was a hit with her followers, with many praising her look.

Many netizens posted love heart emojis while others called the actress “gorgeous”. 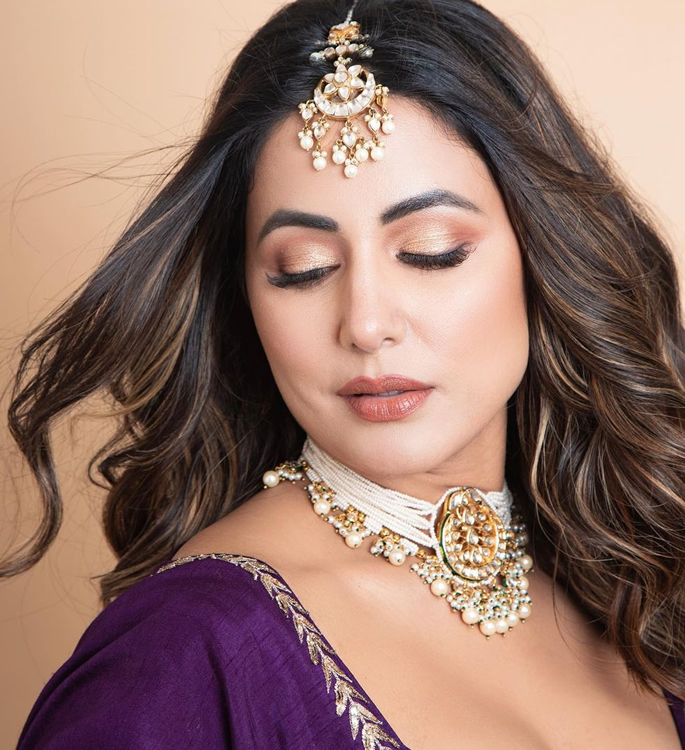 Hina Khan’s lehenga-choli set was designed by Prathyusha Garimella, a designer based in Hyderabad. While the outfit is stunning and perfect for weddings, it does not come cheap. The outfit costs Rs. 96,000 (£950).

Hina was styled by Sayali Vidya, a celebrity stylist from Mumbai.

She seems to be a popular choice for Hina Khan as the two have worked together numerous times in the past.

However, it was her time on Bigg Boss 11 where fans took a liking to her. Known for her controversial fights with fellow contestant Shilpa Shinde, Hina emerged as the runner-up. 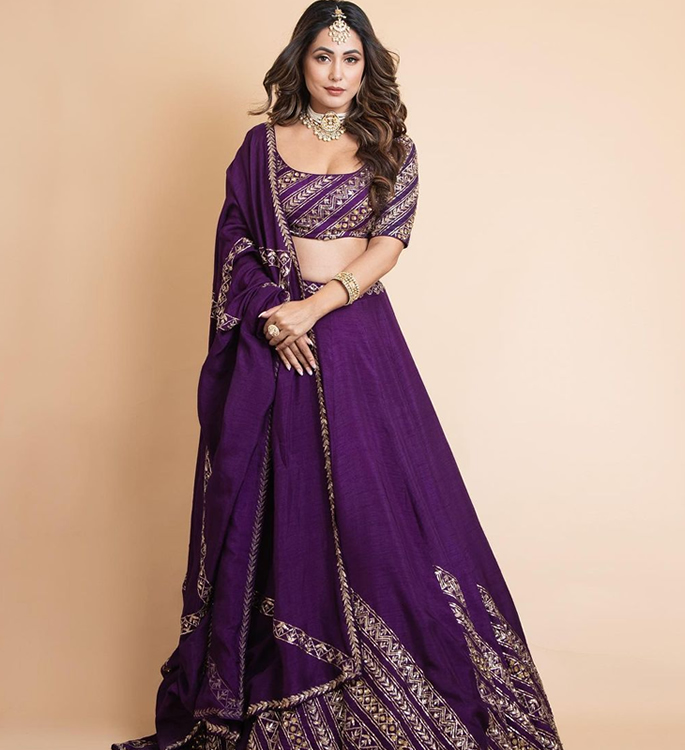 In 2018, she signed her debut film Lines, opposite Farida Jalal.

Her second film, Hacked, was directed by Vikram Bhatt and Hina starred alongside Rohan Shah. It was her Bollywood debut. 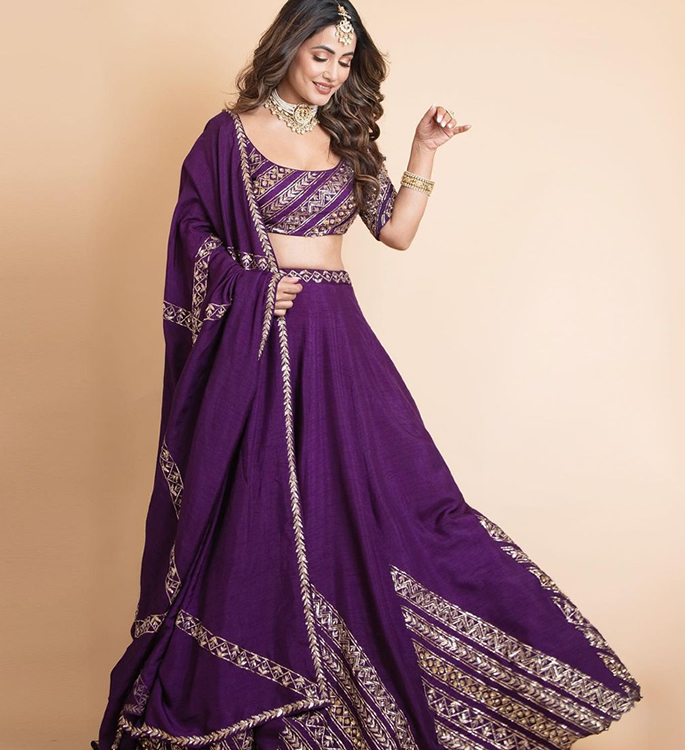 Hina has also starred in an Indo-Hollywood film called The Country of the Blind.

Her popularity has seen the actress make an appearance at the Cannes Film Festival in 2019.

She had announced to her fans that she would be walking the red carpet and may also be filming there. However, there had been speculation that she quit Kasauti Zindagi Kay 2 for good.

Dhiren is a journalism graduate with a passion for gaming, watching films and sports. He also enjoys cooking from time to time. His motto is to “Live life one day at a time.”
Tan France collaborates with US-Pakistani Shoe Brand
Best Second-Hand Online Fashion Stores in India