Uorfi Javed gave off major bondage vibes as she posed in black lingerie and a pair of handcuffs, seemingly aiming a dig at her critics.

"Y’all really wanted to see me in handcuffs. Right?"

Seemingly aiming a dig at those who want to see her jailed, Uorfi Javed posed in black lingerie and handcuffs.

The former Bigg Boss OTT contestant has been in the headlines since Maharashtra Mahila Morcha president Chitra Kishor Wagh filed a complaint against her for alleged vulgarity.

Known for her bold outfits, Uorfi seemingly fired back by giving off bondage vibes as she posed in handcuffs.

In an Instagram Reel, Uorfi was on her knees as she seductively looked into the camera.

Her hair was styled into a tight ponytail, with it draping over her shoulder.

Uorfi pouted into the camera, showing off her dark lipstick. 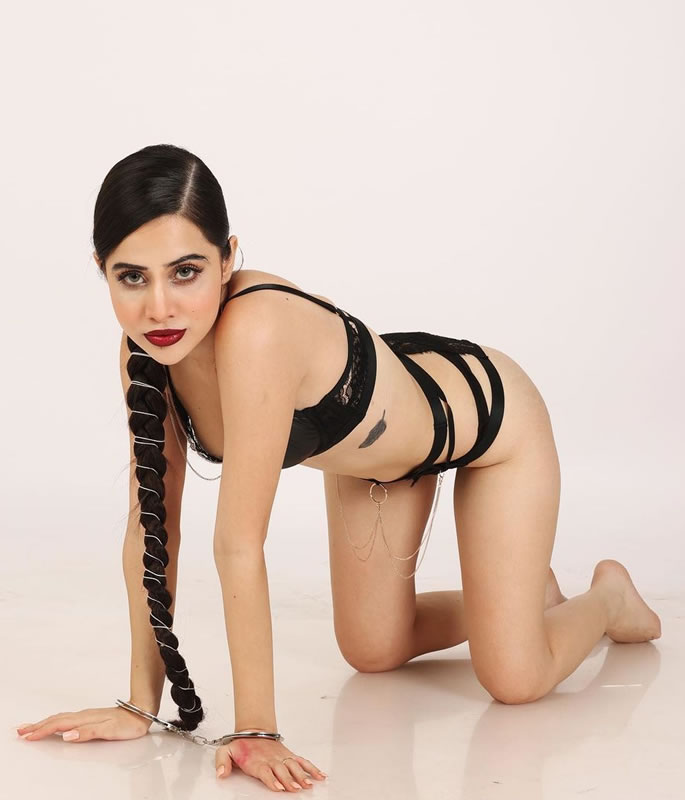 Apparently addressing the calls for her arrest, Uorfi accessorised with handcuffs and captioned the post:

Uorfi shared another post of her risqué look, this time on all fours as she gazed into the lense.

One said: “You look damn hot Uorfi.!!! Just be as you are!! Don’t change for the world. Let the world change for you, I am with you gorgeous.”

Another said: “You go sis.”

Yo Yo Honey Singh had also praised Uorfi Javed. Whilst promoting his track ‘Yai Re’, the rapper said:

“I loved that kid very much. She is very fearless and brave. She wants to live her life in her own way.

“I think all girls in our country should learn from her. Do whatever you set your mind to without any hesitation, without fear of anyone, no matter where you come from, no matter what religion, caste or family you belong to.

“Do not do everything that does not belong in your family, but do what your heart says, without fear of anyone.” 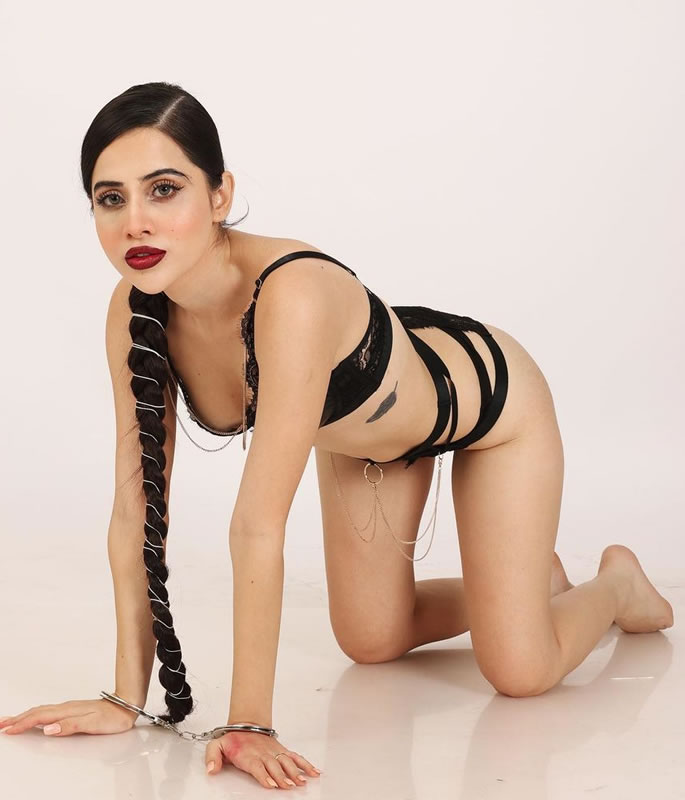 In response to Chitra Wagh filing a complaint against her, Uorfi Javed shared a picture of her posing with a copy of the complaint and said:

“I don’t even want a trial or that b******t, I’m ready to go to jail right now if you disclose your and your family member’s assets.

“Tell the world how much a politician earns and from where.”

“Also from time to time multiple men in your party have been accused of harassment etc never. Started my new year with another police complaint from another politician!

“There is literally no article in the constitution that can be put on person to person.

“Unless my private parts are seen, you can’t send me to jail. These people are only doing this for media attention. I got against human trafficking and sex trafficking in Mumbai which is still very much there.

“How about shutting those illegal dance bars and prostitution which again exist everywhere in Mumbai.”

Dhiren is a journalism graduate with a passion for gaming, watching films and sports. He also enjoys cooking from time to time. His motto is to “Live life one day at a time.”
Esha Gupta Slays in Silver Bralette & Daring Skirt
10 Best Student Discount Clothing Deals for 2023