"We are proud to be supporting the creative talent from young people."

Eager to discover new Birmingham talent? Want to broaden your horizons with outstanding South Asian music and films? Then you need to check out Desi Moves!

Created by Punch Records, Desi Moves gives you a taste of the outstanding talent that Birmingham has to offer.

This exciting, upcoming project will take place at ZEE Sandwell & Birmingham Mela, Europe’s biggest Asian festival, at Victoria Park. The popular festival promises to bring all things Desi by providing one of their biggest line-ups ever.

And Desi Moves hails as one of the festival’s most anticipated events, scheduled for 1st and 2nd July 2017. It will reside in the Desi Moves marquee, beginning from 12pm until 7pm.

Danny Singh, the Asian festival’s Event Director revealed his excitement of working together with Punch Records to hold such an impressive event:

“We are delighted to partner with Desi Moves once again for 2017. The ZEE Sandwell & Birmingham Mela is always going beyond boundaries to enhance our artistic programming.

“Being the UK’s biggest Asian music festival we are proud to be supporting the creative talent from young people and giving them a platform to showcase in front of a 70,000 audience.”

Punch Records has always remained dedicated to highlighting up-and-coming musicians and elevating them to new platforms. In the past, they have supported over 100 local, emerging musicians.

Desi Moves will act as no exception. For this year’s ZEE Sandwell & Birmingham Mela, they have organised live student performances.

The performances will showcase students from The Lighthouse and Concord Youth Centre. These youth centres aim to support the young people of Birmingham to realise their potential with exciting opportunities, giving them a platform for their voices.

By working together with Punch Records, they will create breath-taking performances from their talented musicians. 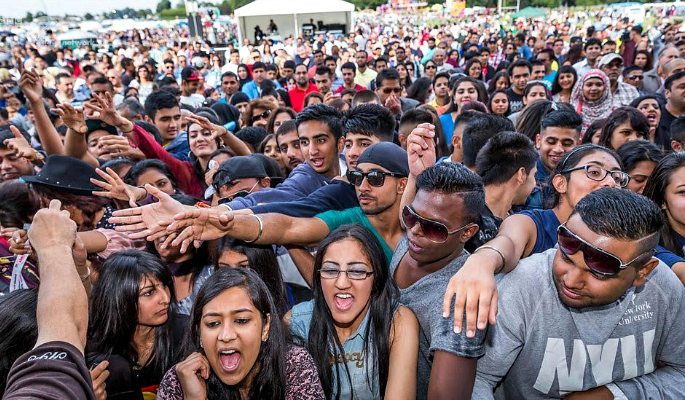 In addition, as well as showcasing young South Asian music, Desi Moves will present various short films. Exclusive to the project itself, you will have the amazing privilege of watching these stunning films, which rarely have screenings.

The project will feature an array of short films, including British-Asian, Bollywood and documentaries. They have been hand-picked by local talent, so expect to see amazing, fresh productions.

Desi Moves will also showcase highlights from Sikhs of Smethwick, which aired on BBC Four in December 2016. Presenting a realistic portrayal of this community in the West Midlands, the programme focused on changes and challenges to their culture and traditions.

Using a mixture of archived and modern-day footage, don’t miss these incredible highlights! 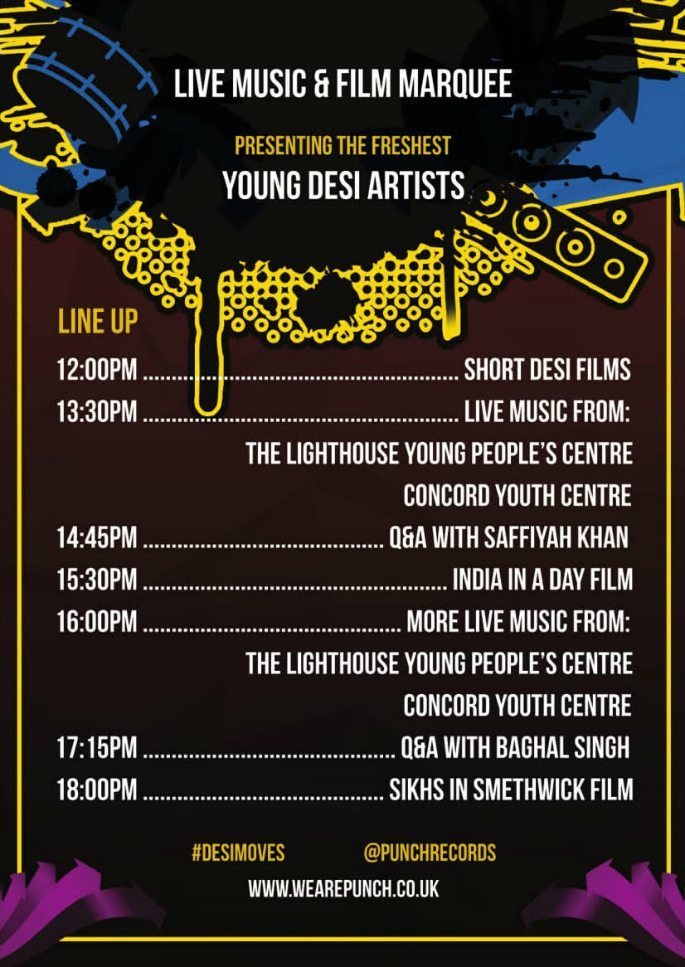 They will discuss in depth about their experiences and also offer advice/guidance for those who hold similar ambitions. This year will witness a variety of rising stars, such as Saffiyah Khan and Baghal Singh.

Saffiyah Khan emerged on radars after she courageously stood up against an EDL protester in Birmingham. Since the incident, many have praised her for defying far-right attitudes.

Baghal Singh hails as the director of the semi-biographical film Toofan Singh. It follows the story of Bhai Jugraj Singh Toofan as he pursuits for justice and equality. Set in 1980s Punjab, Baghal Singh has created an emotional, captivating film that looks on corruption and society.

With a line-up of intriguing guests, you cannot miss these fascinating Q&A sessions. 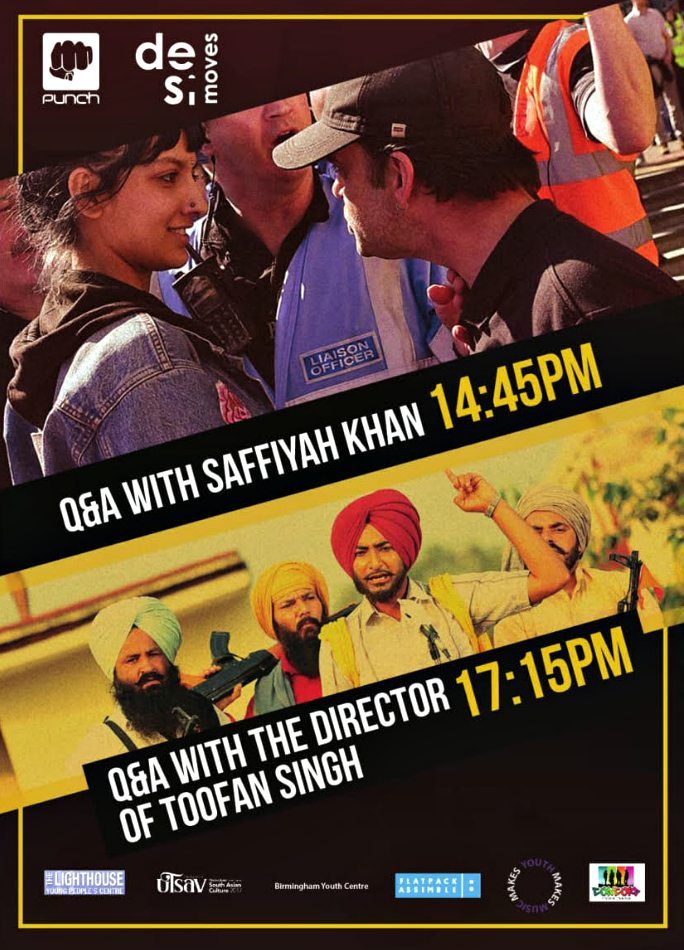 As the ZEE Sandwell & Birmingham Mela approaches, Desi Moves has put together an outstanding array of performances, film screenings and Q&As. Ammo Talwar, CEO of Punch Records explained the importance of the project’s presence in the festival:

“There is fantastic creative talent in Birmingham, this is a chance for us to share their potential with a wider audience. Desi Moves Short Film & Talent Corner really does put us in the limelight and rightly so, there is plenty for us to celebrate.”

To take part in this celebration of Birmingham talent, make sure you get tickets for the Asian festival. Taking place on 1st and 2nd July 2017, check out Desi Moves at the ZEE Sandwell & Birmingham Mela at Victoria Park.

Discover more about Desi Moves and book tickets here. Join in the conversation on Twitter, using #DesiMoves and @PunchRecords.