"You will see lot of festive colors, tonal and color blocks and a happy color scheme."

As Shahid Kapoor’s wedding preparations progress day by day, his fans have been constantly wondering about the venue and what the outfits will look like.

Kapoor will marry his fiancé Mira Rajput, who is from Delhi, on the 7th July 2015 in Gurgaon.

The pair became secretly engaged in January 2015, during the Sankranti festival. Kapoor had previously revealed that he did not want to marry a woman who worked in the world of Bollywood.

After much speculation surrounding what the outfits will be, it has been revealed that Kunal Rawal has been chosen to design the wedding clothes for Shahid.

Rawal first rose to fame when he became the youngest designer ever to be featured in Lakmé Fashion Week in 2006. Since then, both Shahid and Arjun Kapoor have regularly walked the ramp for Lakmé wearing Rawal’s designs.

He is said to have been dedicating all his time to drawing up plans for Kapoor’s wedding outfits, with a team of tailors. Rawal is determined to make these clothes as stunning as possible.

A close friend, Shahid clearly loves the famous designer’s style, and the two are said to have developed a good working relationship and an understanding of each other’s fashion. 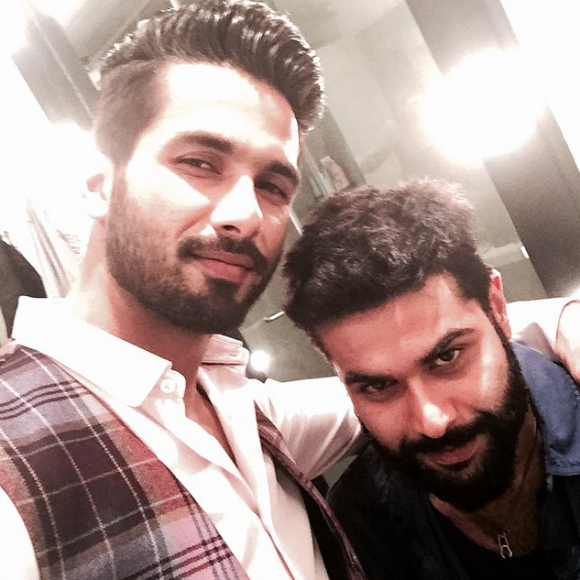 When asked about his fashion style, Rawal said: “Indo-western is a very abused term, but a mix of western influences with the India heritage such as embroideries, silhouettes and so on, that’s what my style is.”

Rawal also confirmed that he has coordinated the groom’s colour schemes with Anamika Khanna who is designing Mira’s wedding dress, although nothing more has been revealed:

“Well, I am aware of Mira’s color story and things like that, but Mira’s complete wardrobe is being taken care of by Anamika Khanna.”

“The colors for the wedding have been locked. We have kept festive colors keeping the mood around right now. You will see lot of festive colors, tonal and color blocks and a happy color scheme.”

On Thursday 3rd July 2015, Kapoor travelled from Mumbai to Delhi to begin overseeing preparations for the big day himself.

The excitement will continue to mount up until the 7th July 2015, and fans now eagerly await for what promises to be a beautiful and star-studded wedding celebration. Kapoor’s outfits will surely be show-stopping!

Eleanor is an English undergraduate, who enjoys reading, writing and anything media related. Aside from journalism, she is also passionate about music and believes in the motto: “When you love what you do, you’ll never work another day in your life.”
Christian Louboutin launches #NudesForAll shoes
Swimwear Tips and Tricks for Summer 2015