4 Brown Girls Who Write are a London-based poetry collective and sisterhood. DESIblitz reviews their debut book of the same name.

"It explores the contradictions of living multiple lives as a woman"

4 Brown Girls Who Write are a poetry collective and sisterhood made up of Roshni Goyate, Sharan Hunjan, Sheena Patel, and Sunnah Khan.

The group was formed in London in 2017 when Sheena gathered friends on a boat to share their creative writing.

The four resonated with each other’s voices and formed a WhatsApp group. Here, they had a safe place to share and receive each other’s writing.

Sheena has described their coming together as if “there was a sense of recognition and love between the four of us quite instantly”.

After successive performances and readings, the collective published their debut book in 2020 titled 4 Brown Girls Who Write.

Inside contains four individual pamphlets, each written by one of the women.

Each section is a piece of stand-alone work published as a set of prose and poetry, highlighting the unique writing styles of each individual author.

As Sharan succinctly puts it:

“We challenge the stereotype that all people of colour are lumped together – we are individuals, so our writing is individual.”

The writers bravely explore a range of themes from love, family, death, language and identity through their pieces of work.

As a group of British Asian women representing their culture and ideology to great effect, the book is a wholesome insight into how creative these women are.

Therefore, we take a closer look at 4 Brown Girls Who Write and each of the writers’ pamphlets to gauge how unique this collection is. 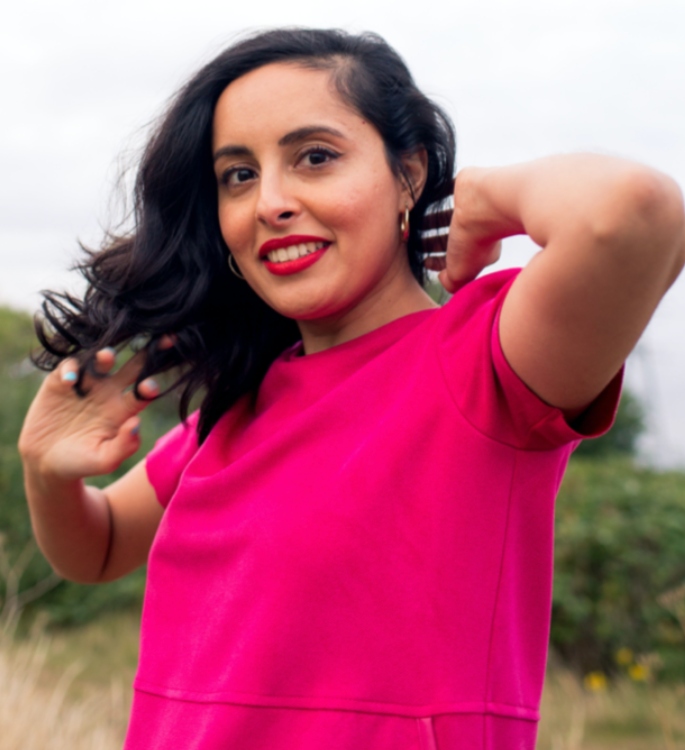 Sharan Hunjan is a second-generation Punjabi immigrant who grew up in Southall but later moved to East London.

Hatch consists of a collection of 19 poems that explore language, mother tongue, motherhood, love and death.

Through these three poems, Sharan shares her experience of birth, new beginnings and becoming a mother.

She captures the moment she hears her child’s heartbeat and the unrelenting reality of new motherhood.

Additionally, Sharan also refers to breastfeeding a lot through the collection. Her experiences of it, the obligation of it but also its unquestionable beauty.

Breastfeeding also features significantly in her poem “Breasts”. Sharan takes us on a journey to understand what her breasts mean to her.

In “Pariah”, we learn that the words “juggernaut” and “loot”, along with many others, were developed during the British colonisation of the Indian subcontinent.

The poem “Mother Tongue” looks at the significance of each letter of the Punjabi alphabet for the author and the meaning and memories each letter evokes.

Appropriately the collection ends with an “Ode to My Literary Sisterhood”.

‘Hatch’ is utterly compelling and the raw and reflective nature of the poems ooze out of every word.

Addressing other areas like colonisation and cultural observations, Rough Trade Books describes this body of work as “a birth, an opening, a beginning”. 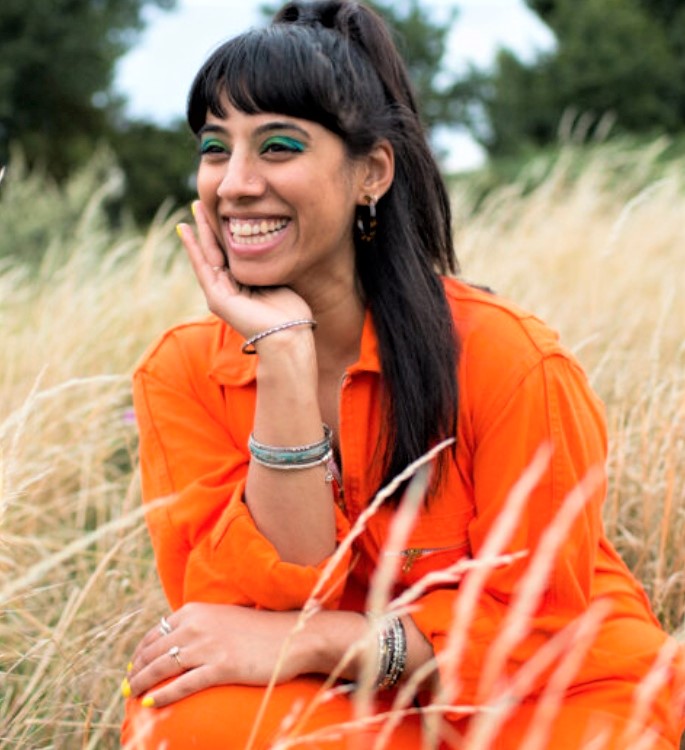 Roshni Goyate is the proud daughter of Indian immigrants.

Also, she is the co-founder of The Other Box, an award-winning diversity and inclusion company educating businesses on inclusivity.

Roshni believes that we all have shadow selves.

She describes this as the sides to us that are hidden, unknown, and unconscious. These aspects are a part of our identity that we learn to dismiss at an early age.

‘Shadow Work’ is a collection of 15 poems that seek to discern what’s in the shadows.

It explores the contradictions of living multiple lives as a woman of colour – a lover, a mother, and a poet – in the 21st century.

Roshni cleverly does this by exploring themes of food, family, music, place, and language.

In “We Now Have Air-Conditioned Supermarkets!”, Roshni explores the costs of globalisation and progress.

Comically but insightfully, she achieves this by likening the availability of an out-of-season pomegranate to “a ticking time bomb”.

In “Methi and Me”, Roshni humorously describes how the fenugreek her mother adds to her cooking comes back to haunt her three days later at a music festival:

“It’s the fenugreek – that curry smelling b*tch who pushes through the crowds.”

Moreover, Roshni describes a scene many Desi people can probably relate to in “Coconut Oil”.

She recalls having coconut oil applied liberally to her hair and the playground taunts she would receive the next day like “why do you smell so funny?”.

Fast forward a few years and that same oil no longer smells funny but is globally popular.

Its adoption by a dominant culture has transformed it into “a great white commodity marked up for organic food shops”.

Speaking on trauma and intergenerational silence, ‘Shadow Work’ is thought-provoking, relatable and an intimate read for anyone. 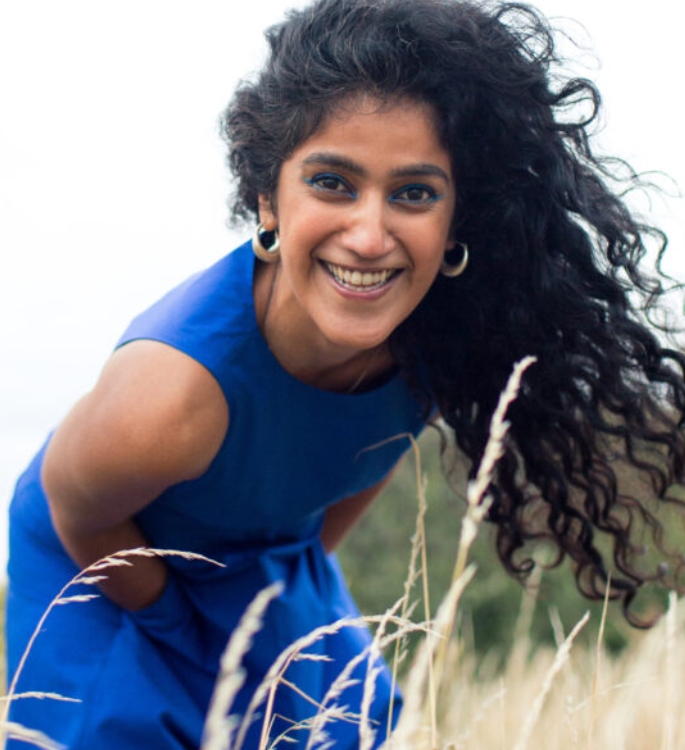 This collection of 18 poems gives voice to buried memories and things left unsaid.

Throughout the collection, Sunnah does not shy away from the pain and grief caused by the ghosts that haunt her. But rather, she bravely shines a light upon these events.

A major theme of the collection is Sunnah’s relationship with her absent father.

In “My Father Was the Closest Man I Knew to God”, she expresses the almost religious reverence in which she held her dad.

In the poem after which the collection is named, Sunnah powerfully describes the impact her father’s absence had on her, writing “I was a daughter of a ghost”.

Another captivating element Sunnah explores is identity in “I’m Bored of Bein’ Brown”.

She is bored of being boxed in, pigeonholed, others not seeing or understanding the multiple facets of her identity, including being a proud Scot:

Also, diversity initiatives in the workplace are on the rise and Sunnah remembers the events of one in “Afterthoughts on a Diversity Meeting at Work”.

She questions why she does not speak, she cannot find her voice, and when she does the voice is not her own.

Therefore, she is left with a “mouth full of blood and bitterness”.

She does not get what she wants or deserves, but gratefully accepts what others are willing to give.

Wrestling with grief and trying to create an aura for yourself, Sunnah artistically writes with such passion about how she is transforming through this self-reflection.

‘This Is What Love Is’ 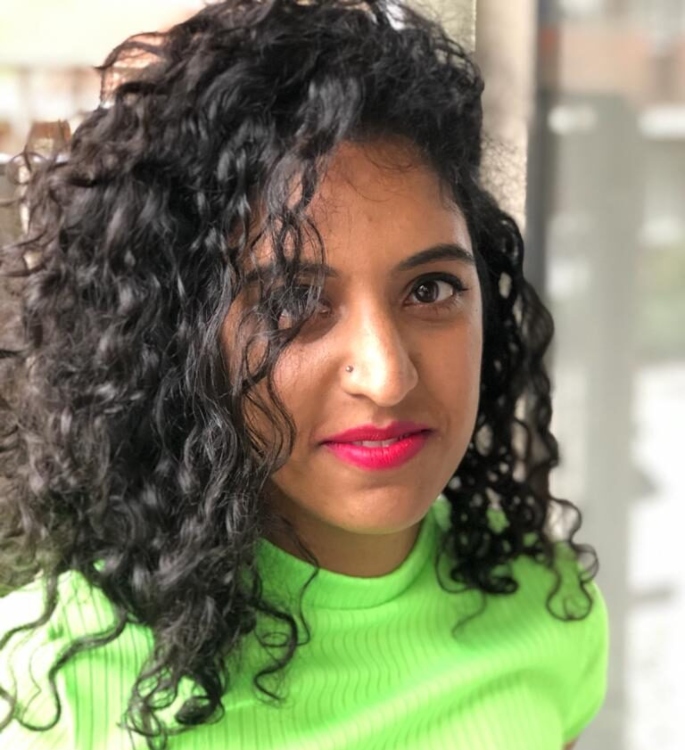 Sheena Patel is a poet and assistant director for film and TV who was born and raised in North West London.

‘This Is What Love Is’ is a story about a misguided and anxious introvert-extrovert who deals with a series of events spanning a year.

What is most striking about this collection is the writers’ unflinching honesty in sharing her experiences.

The author uses screenshots from WhatsApp conversations to accompany her stories.

The collection begins with Sheena in a flat in North West London. She is taking peyote for the first time, a small cactus than can be chewed or soaked to make tea.

Although illegal to possess in parts of the world, Sheena believes the peyote will put her back together.

Sheena’s year features three romantic relationships. We are first introduced to H, with whom she has an on and off relationship.

H’s distance and inconsistency are the only constants in their relationship.

Here, she takes cocaine, experiences social anxiety, and staunchly defends her conviction that Brexit is racist.

But this lonesome, harsh and almost tense lifestyle is part of the reason why this collection is so vivid.

Sheena later begins a relationship with C. The reader is given a detailed account of their passionate and intimate relationship.

A week before Sheena’s birthday, she finds out that she is pregnant with C’s child.

The pregnancy is unplanned as she describes both the pain and bliss of finding herself in this situation:

“I expect to feel disgusting and damaged but all I am flooded with is magic.”

She describes the instantaneous love she feels for the new life within her.

Although she also highlights the grief,  guilt and “bone-crunching pain” she experiences following the termination procedure.

Throughout the year we learn more about Sheena’s relationship with her mother, how her father’s family saw her as worthless, and how she is navigating intergenerational trauma.

The backdrop to all of this and more is Britain’s changing political scene, which Sheena explores throughout the poems.

The collection comes full circle as it ends with Sheena taking peyote for the second time. From this experience she shares with others, she decides she knows what love is. 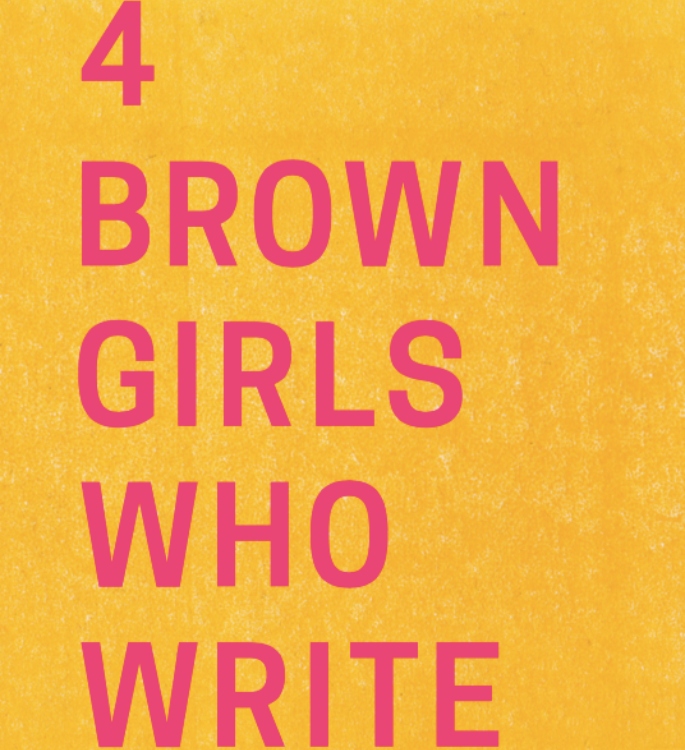 The 4 Brown Girls Who Write collective have created four distinct, but complementary bodies of work, which showcase their powerful voices.

Voices that they are using to fearlessly share their lived experiences.

Their unapologetic and unfiltered approach to emphasising their interactions, thoughts and experiences is incredible.

Not only does it give the reader a glimpse into their lives but shows just how restless life can be for a woman of South Asian heritage.

Granted that culture is not the focal point but it has moments running through the collection.

Cleverly, all of the writers use multiple themes that stay consistent but don’t overwhelm the messages of each poem.

Likewise, the daring brilliance of the language itself provides even more symbolism, imagery and creativity.

The book was chosen by guest author, Jackie Kay, to feature on The Guardian’s ‘The Best Books of 2021’ list, saying:

“Their poetry reminds me of the strength and exhilaration of a collective voice.”

4 Brown Girls Who Write is definitely a trailblazing piece of work that any reader would love to get their hands on.

Jasdev Bhakar is a published writer and blogger. She is a lover of beauty, literature and weight training.

Images courtesy of The Social.