Jyoti Patel on ‘The Things That We Lost’ & Representation

‘The Things That We Lost’ is the amazing debut novel from Jyoti Patel, looking at the depths a family will go to protect the ones they love.

"In novels, the messiness is what makes them real"

Jyoti Patel was born in Paris to British Indian parents and grew up in North West London.

Her writing has previously been published as part of We Present’s ‘Literally’ series and in the anthology for the 2022 Bristol Short Story Prize, for which she was shortlisted.

In 2021, she won the #Merky Books New Writers’ Prize, an annual writing competition launched by Stormzy and Penguin Random House.

The platform aims to provide a space for underrepresented voices in book publishing.

The Things That We Lost follows a British Gujarati family, focusing on 18-year-old Nik, who has many questions about his deceased father, Elliot.

With him, we are taken on a journey of experiencing his grandfather’s death, starting university, and his changing relationship with his mum, Avani.

Nik’s narrative also intertwines with Avani’s, from when she was growing up in the 80s to the present day.

Jyoti Patel spoke to DESIblitz about creating The Things That We Lost, the importance of representation, and her plans for the future.

How did your love for writing begin? 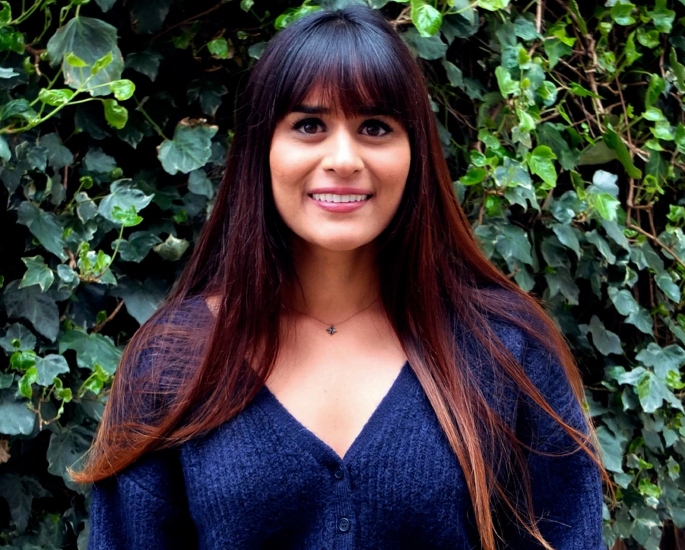 Despite having a degree in literature, it wasn’t until my early twenties that I discovered novels by writers from the diaspora.

That’s when I realised there was space in literature for characters who look and sound like me and the people I grew up with.

It totally transformed my approach to writing and my taste in reading.

What inspired you to write ‘The Things That We Lost’?

There were many things that inspired me.

“But I think the biggest was the need to explore the way I balanced my British Indian identity.”

Before writing the book, I remember often feeling like I was ‘too much’ of one or ‘too little’ of the other depending on who I was around.

Exploring identity through these characters, and just generally growing up, made me realise I didn’t have to choose one or the other.

What were the hardest parts of writing the novel? 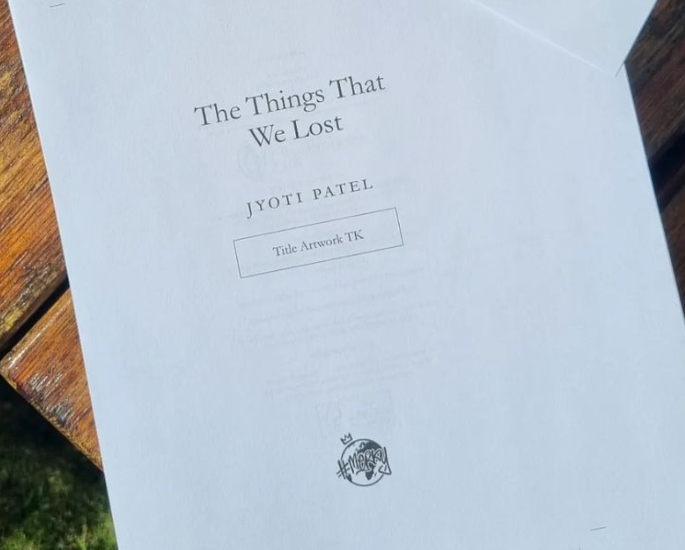 I really struggled with the plot.

I wrote about 50,000 words of a first draft that just sort of trailed off, and when I approached the rewrite I just couldn’t see past the second third of the novel.

It’s interesting when I read the finished novel now because the last third has the fastest pace and is the best part for me.

But it took so long for me to find my way to it.

How challenging was it to include traditions and rituals in the story?

I’m not sure if I’d say the characters challenge traditions and rituals.

It’s more that they find their own way to perform those traditions and rituals in a way that makes sense to them.

It’s really interesting with the diaspora because the generation that moved to the UK can often be very preoccupied with this idea of ‘holding on’ to the place they left.

“So much so that the culture they leave behind moves on and ahead of them, ironically.”

In terms of research, I grew up in a British Gujarati household, so it was nice to draw from my childhood and speak to my family about our culture and heritage too.

The novel touches on intense themes such as grief and trauma. What was the motivation behind this? 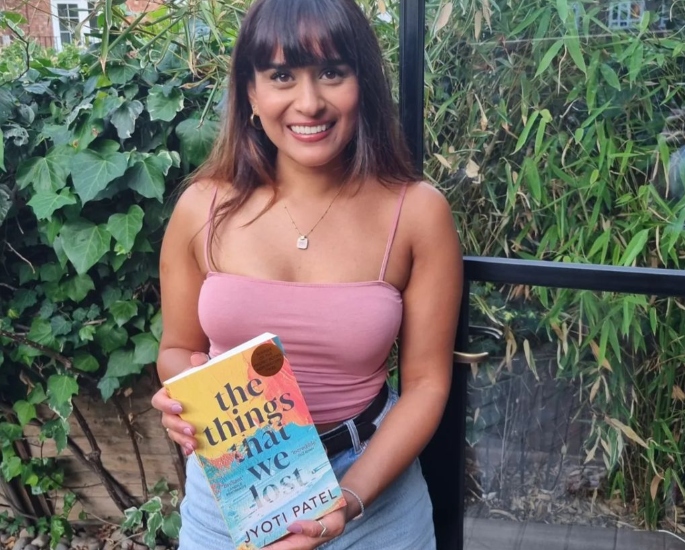 When I was writing this novel, I was reading Burnt Sugar by Avni Doshi, Shuggie Bain by Douglas Stuard, and Transcendent Kingdom by Yaa Gyasi.

They look at maternal ambivalence and psychological abandonment in various ways.

I was really interested in the mother-child relationship and we get two in this book.

I did a lot of research into motherhood, and I think it’s important to acknowledge that each relationship between a mother and her child is totally unique.

It’s like a thumbprint, which always makes it interesting for writers to explore through fiction.

Has the novel changed drastically since writing the first draft?

The first draft was all told from Nik’s perspective and all in the past tense.

“As you can imagine, it really didn’t work.”

We need Avani for the backstory with Elliot, and for the tension to fully build.

Without her perspective, the story just doesn’t have the same impact.

What was the most surprising thing you learned when creating ‘The Things That We Lost’? 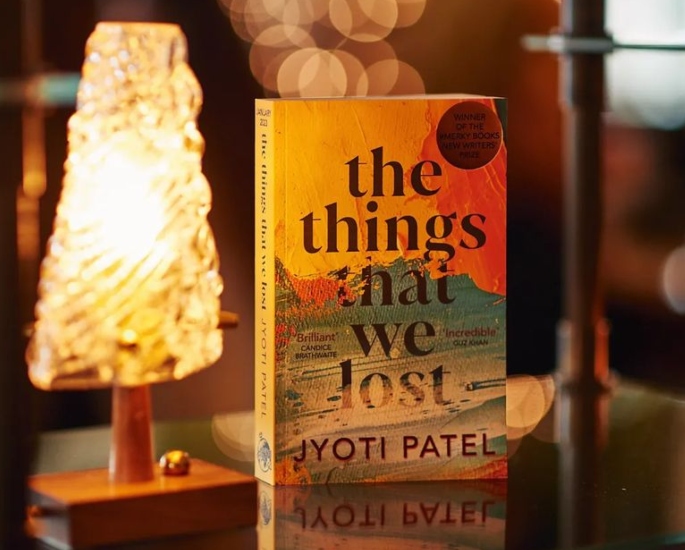 Patience. Writing and editing a novel takes so much longer than one would expect.

However, time is what helped make the characters feel nuanced and complex.

I’m also a huge perfectionist and realised that novels aren’t like short stories, which can be incredibly precise and neat.

In novels, the messiness is what makes them real.

And I think sometimes there has to be a bit of that, otherwise, the whole thing ends up feeling a little claustrophobic and too clean.

I think there’s a lot of beauty in letting go and allowing the novel to feel real, just like the world it represents.

Growing up, did you feel a lack of representation in the books you read?

I definitely did. For that reason, I think it’s incredibly important that imprints like #Merky Books exist.

I think something that I’d love to see, though, is more people from minority backgrounds in gatekeeping positions within publishing.

“It’s great getting writers with diverse voices onto bookshelves.”

But if the people marketing and publishing those books can’t truly relate to them, there’s still a problem.

That’s what #Merky do so well – they really live and breathe diversity through and through.

Can you tell us more about winning the #Merky Books Prize? 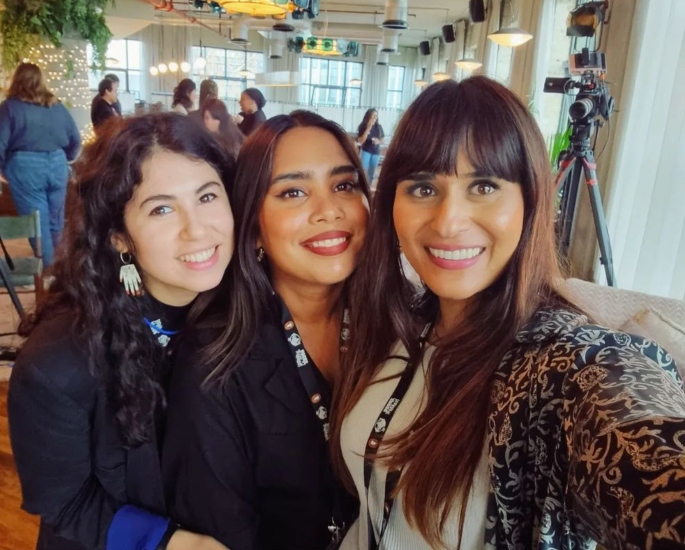 I only submitted one chapter to the competition and was still struggling to find my way through the second draft when I entered.

But the validation of being shortlisted had a profound impact on my self-confidence as a writer.

The block I’d been facing for months was totally gone, and I began writing 1000 words a day around full-time work.

I finished the draft the same week that I won the prize.

Which South Asian stories are you looking forward to reading in 2023, and what have you got lined up?

I’ve just picked up Gurnaik Johal’s collection of short stories, We Move, and am itching to tuck into it.

I love Jhumpa Lahiri and Huma Qureshi’s short stories and it looks like We Move will be just as enjoyable.

For myself, I had a short story published in 2021, Break, with We Transfer’s digital arts platform.

Then another, Once, in the 2022 Bristol Short Story Prize Anthology, for which it was shortlisted.

“I’d love to publish another short story this year too.”

I’m also working on my second novel which, just like The Things That We Lost, follows a British Gujarati family.

Jyoti Patel is on an upwards trajectory since her #Merky Books triumph and her debut novel does not disappoint.

With such an evoking plot and diverse characters, The Things That We Lost is a terrific narrative about family, culture, love and loss.

It sheds a light on profound individuals and represents South Asian ideals and traditions in a fresh way.

As Jyoti Patel mentioned, her focus is clearly on 2023 and there’s no doubt that her success will only continue as she makes strides toward more groundbreaking storylines.

Keep up to date with Jyoti Patel and grab a copy of her debut novel here.

Ria Kakkad is a writer who graduated from the University College London with a MA in Hispanic Studies. She enjoys writing about various topics, including books, beauty and web development.