The Rambo of India Salman Khan has inspired many A-list celebrities with his impressive physique. Now, it seems he has motivated policeman Shubham Ghosh.

"Salman Khan is the reason I started this weight loss journey"

The 27-year-old went to watch the film with his friends but when he left the cinema theatre he felt empowered to make a change in himself.

As a result of this new awakening, Shubham decided to shed the kilos and dropped 41 kg and became a sub-inspector.

The policeman explained how he was often ridiculed for his weight despite partaking in physical activities. He said:

“It was when I was detained in the second year during my graduation. At that point, I weighed around a massive 116 kilos and had become a laughing stock in my whole college.

“Even though I was very good at playing games like volleyball and cricket, I had to constantly face criticism because of my size. At that point, I was very depressed.” 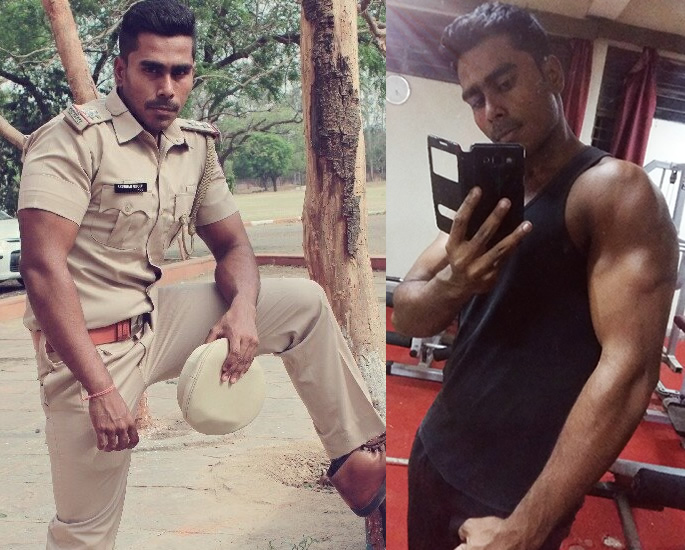 Shubham continued to mention how Salman Khan’s physique inspired him to achieve the same. He explained:

“One day, I went to watch the movie Wanted (2009) with my friends. Seeing Salman Khan in a police uniform and his incredibly fit physique changed something inside me.

“The movie motivated me so much that I decided to achieve a physique and personality just like him.

“I became a fan of Salman Khan and started getting up at 5am from the very next day.

“I started jogging in my college ground and also began drinking lemon water in the morning.

“Slowly I started to increase the intensity of the workout and started running in the evening. I could see improvements in my body and decided to enrol in the gym.

“When I look back, I am so glad that I made that decision as I am an inspector today with a fit body.”

“It was definitely the fact that I had become a laughing stock and the centre of jokes in my college.

“Moreover, no girl wanted to hang out with me because of my size. It was really depressing.”

The policeman went on to explain what his diet including for breakfast, lunch and dinner.

For breakfast, Shubham would wake up at 5am and “have a glass of warm water with a dash of lemon.”

Then at 8am he would eat “four egg whites with three slices of brown bread.”

Continuing to lunch, Shubham was strict with his timings and ensured to eat lunch at 12pm. He would have a “small bowl of white or brown rice, a cup of boiled vegetables and 250g of fish or chicken fried in olive oil.”

Moving on to dinnertime, the policeman would indulge in “two chapattis and a portion of chicken, fish, soybeans or paneer.”

Also on his Sunday cheat day, he admitted to indulging in chicken biryani. 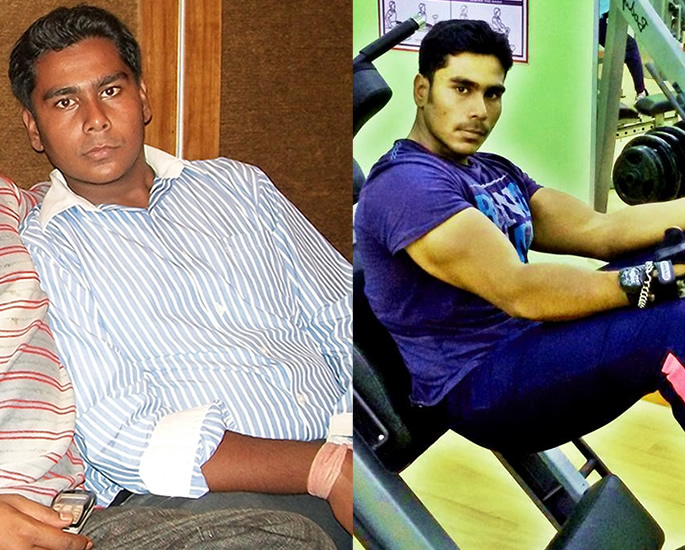 Alongside the three necessary meals, Shubham Gosh would consume protein shakes after his workout.

As well as maintaining a strict diet routine, Shubham also ensures to keep up with his workout. The breakdown of his routine is as follows:

Shubham also explained that he came to realise that there is “no shortcut to fitness”. He said:

“You have to train regularly with unwavering focus and the result will be here for all to see.

“There was a day when I could not even do a single push up but now I can do 80 pushups nonstop.”

To stay motivated the policeman thinks about the feeling he experiences when he wears his uniform. He expressed:

“The feeling that I get when I wear my uniform and ride my Royal Enfield is unmatchable.

“I also feel really confident when I am showered with praises and it makes me feel like all the hard work was worth it.

“Moreover, my idol Salman Khan is the reason I started this weight loss journey and he remains my biggest motivation.”

Shubham further explained how he does not lose focus. He said:

“I am not usually a morning person but because of my job profile, I don’t get time to work out during the evening.

“So, I have started to push myself to work out in the morning and the pump in my body after a hardcore gyming session ensures that I stay focussed.”

Shubham continued to explain the lifestyle changes he made. He said:

“Earlier, I used to eat anything and everything. I also used to steal eggs from my refrigerator after my mum went to work.

“This is because my parents used to be really worried about my growing weight and they had restricted my diet.

“Now, I have made it a point to eat right and in the right proportions. I have completely given up junk and processed food items and I have become really choosy about what I put in my mouth. I avoid oily and spicy food items as well.”

According to the Times of India, Shubham went on to state the lessons he learnt from weight loss. He said:

“On my quest to lose weight, I have realised that the saying, “A fit body is made in the kitchen” is as true as it gets.

“It is important to understand that there is no shortcut to weight loss. It is not just training hard but what you put inside your mouth also counts.

“So, eat healthily and train hard if you want to lose weight the right way. In the early stages of my weight loss journey, I was sceptical about the usage of protein.

“Over a period of time, I have realised that proteins are indeed the building blocks of life and we need them in our day to day routine.

“I prefer buying my protein from abroad as I feel most of the protein available in India is not genuine.”

Typically, people set themselves long term goals in the years to come. However, Shubham has not thought that far ahead. He said:

“I haven’t really thought so far. I am just focusing on the present and working out really hard as I don’t want to gain weight again.

“All I know is that I wish to stay fit and healthy for the years to come.”

Undoubtedly, the policeman’s weight loss journey is inspiring to many as he turned his life around by getting fitter and healthier.

For weight loss, it is imperative that you give yourself ample time and set a realistic goal.

Salman Khan is known to have inspired numerous celebrities to lose weight like Alia Bhatt, Sonakshi Sinha, Arjun Kapoor and many more.

Now, it seems Salman Khan has also struck a chord with the common man like policeman Shubham Ghosh.