Sonakshi Sinha takes a stand against trolls who ridiculed her weight. Despite being a star child, she has faced a tough journey to a successful actress.

Actress Sonakshi Sinha gave a hard-hitting reply to all the social media trolls who have mocked her for not being the ‘right size.’

Sonakshi has had to face numerous trials and tribulations to make her mark in the film industry.

The actress has had a tough journey from being branded overweight to being called out for nepotism.

Despite being a star child as the daughter of veteran actor Shatrughan Sinha, Sonakshi was rejected because of her weight.

The common perception that star children are handed everything on a plate is not true for Sonakshi. Yet she has gone from being 95kg to an established actress.

Recently in a video, Sonakshi Sinha addressed the trolls who have body-shamed her over the years.

She shared the video on Twitter with a caption saying:

“Let’s talk about the elephant in the room! For years, I’ve been trolled because of my weight.

“I’ve never felt the need to react because I always believed I was #BiggerThanThem … pun intended.”

Let’s talk about the elephant in the room!

For years I’ve been trolled because of my weight. I’ve never felt the need to react because I always believed i was #BiggerThanThem… pun intended. But on the next episode of @MyntraFS I asked the contestants to take to social media, pic.twitter.com/wvu1P9OY2o

The video begins with Sonakshi reading out the horrid comments she has received. She then goes on to condemn the cruel remarks saying:

“Trolls. That’s what they call themselves. Those people who just want to kill your vibe. The people who have all the time to judge others and no work to do!

“So, they say anything. Sometimes we feel angry, hurt or numb but now we just laugh it off because that’s what these people are, a joke.”

Sonakshi Sinha continues to state that despite losing 30 kg, the merciless comments did not stop.

This was a wakeup call for the actress as she decided to not bother with what anyone else thinks. Sonakshi went on to state:

“But then I thought that even after shedding 30 kg, they are still at it. That’s when I said, to hell with them. Because Sonakshi Sinha is here for a reason.

“I made it as I was and I have nothing to hide! Not my curves, not my weight, not my image.

“I am not a number on the scale and that’s what makes me bigger than them … pun intended.” 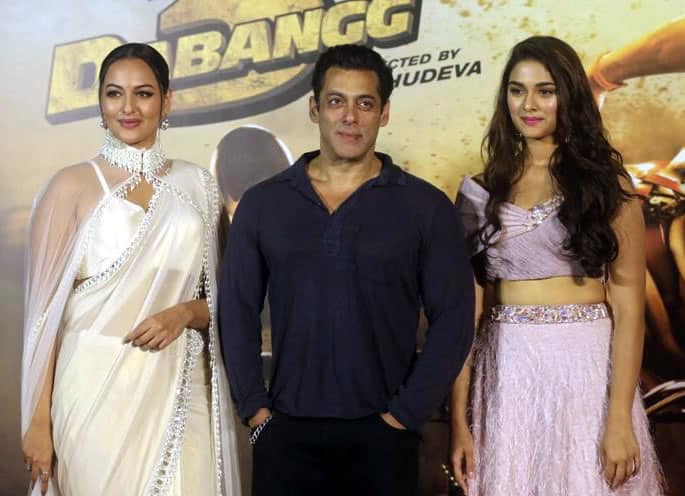 On the acting front, Sonakshi is set to appear in the third instalment of the Dabangg franchise, Dabangg 3 (2019).

She will be seen reprising her role as Rajjo, the wife of Chulbul Pandey (Salman Khan). The film is due to release on December 20, 2019.

Ayesha is an English graduate with an aesthetic eye. Her fascination lies in sports, fashion and beauty. Also, she does not shy away from controversial subjects. Her motto is: “no two days are the same, that is what makes life worth living.”
Artist slams Sunny Leone for copying Her Artwork
Sara Ali Khan has a ‘Woman Crush’ on her Mum Amrita Singh