Man jailed for Posing as a Policeman and Scamming Old Woman

Muzfur Islam pretended to be a policeman and tried to fraud an 81-year-old woman out of money in her bank account and property.

Muzfur Islam, aged 40, from Rainham, London, has been jailed for seven and a half years after scamming an 81-year-old victim and fraudulently acting as a policeman.

Muzfur was sentenced on November 1, 2018, Aylesbury Crown Court, after being found guilty of two counts of fraud by false representation, following an eight-day trial.

Between September 1, 2017, and 12 June 12, 2018, he called the victim a number of times on the phone claiming to be a police officer in Buckinghamshire, developing trust with the victim and alerting her about fraudulent activity related to her bank account.

Through the communication, Muzfur convinced the old woman from Denham that she needed to transfer the money from her bank account for safety.

Using this method with the woman believing him, Muzfur scammed the woman out of about £50,000 and also tried to obtain the ownership of her home, but was unsuccessful.

On June 12, 2018, Muzfur was arrested and the next day he was charged with reports of someone impersonating to be a police officer and fraudulent activity.

Pretending to be a police officer in the UK is a serious offence. According to the Police Act (1996):

‘Any person who with intent to deceive impersonates a member of a police force or special constable, or makes any statement or does any act calculated falsely to suggest that he is such a member or constable, shall be guilty of an offence and liable on summary conviction to imprisonment’ 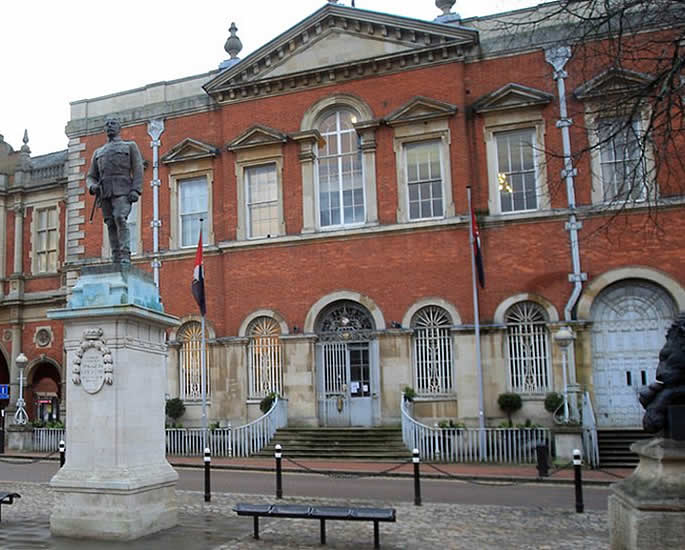 After being charged with the offence, Muzfur first appeared High Wycombe Magistrates’ Court on Thursday, June 16, 2018. He was then retained in custody to then attend Aylesbury Crown Court in July 2018.

Responding to the case, Detective Inspector Zoe Hardy from the Investigation Hub who was the investigating officer said:

“Islam has engaged in a lengthy and calculated course of conduct with the sole aim of stealing from an elderly and vulnerable woman.”

“Not content with duping the victim in parting with her life savings, Islam persisted in a campaign to gain ownership of the victim’s home, but thankfully he was unsuccessful in his aim.

“I wish to pay testament to the bravery of the victim in coming forward and reporting these offences.

“This case should serve as a warning to other would-be fraudsters that the police, Crown Prosecution Service and courts will deal with such cowardly offending robustly.”

Amit enjoys creative challenges and uses writing as a tool for revelation. He has major interest in news, current affairs, trends and cinema. He likes the quote: "Nothing in fine print is ever good news."
Luton Gang jailed for Smuggling Cocaine worth £5 million
Indian Girl beheaded after Refusing Sex with Neighbour