Pakistani Man who faked his Own Death is Alive and Scamming

It was believed that a Pakistani man died in 2017, however, it was fake. Chaudhary Hayyab Arif Kamboh is actually alive and scamming.

"He promised to pay the same evening. That day never came."

It was discovered that a Pakistani man faked his own death in order to scam overseas companies.

Businessman Chaudhary Hayyab Arif Kamboh staged his death on July 19, 2017, by making it look like he was killed in a road accident in Sharjah, United Arab Emirates (UAE).

However, in 2019, he was spotted alive in the city of Ajman, having set up a company there in order to dupe exporters.

When Kamboh ‘died’, he was mourned by many including a Karachi-based political party.

“RIP Chaudhary Hayyab Arif Kamboh bhai. Our deepest condolences to the family of this ideological worker of MQM from Lahore who passed away on July 19th in a tragic road accident in UAE.

“May Allah grant him highest level in heaven and give his grieved family enough courage to bear their loss.”

His 20-year-old brother Mian Zaryab Arif spoke about his brother on social media.

“Travelling to Bahrain for a business project. It’s a short tour, initiative of this project was taken by my elder brother Chaudhary Arif Hayyab Kamboh.

“I’m missing him a lot today because today I have to handle all of these things on my own. Miss you brother.”

The posts received a lot of attention, with many social media users posting messages of condolences.

However, it was discovered that he is actually alive after several Indian and Indonesian exporters stated that they were conned out of millions of dirhams worth of fruits, vegetables and grains by H&MZ Global Worldwide.

H&MZ are a trading company launched by Kamboh, fourteen months after his supposed death.

The list of those being scammed continues to grow as more companies come forward with their allegations, stating that they have not been paid. 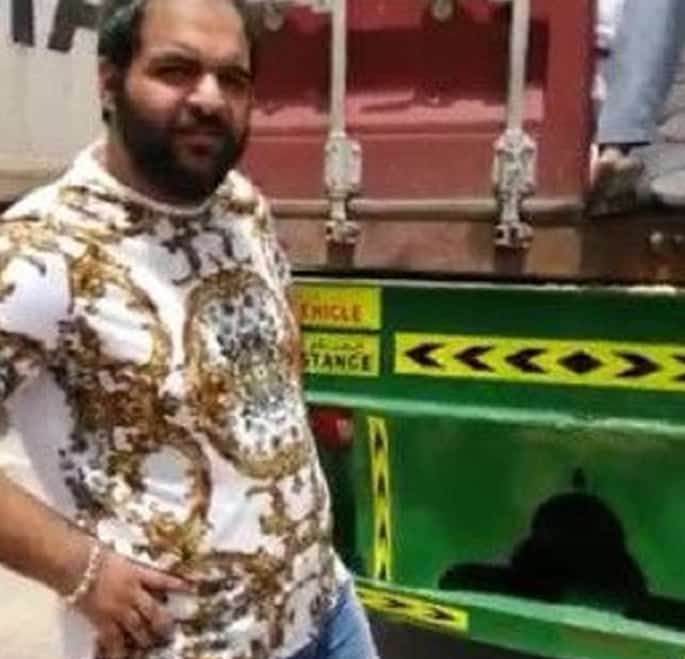 Exporters have alleged that they shipped tonnes of products to H&MZ after Kamboh promised to pay them within 24 hours of delivery.

Mumbai-based businessman Vijay Ruparen had supplied Dh 130,000 (£27,600) worth of dried chillies. He even flew to the UAE to check that the company was legitimate. He said:

“Hayyab Arif sent his manager with a bouquet of roses to pick me from the airport. He drove me to Ajman and put me up in a fancy hotel, I was impressed.

“The following day, I met Hayyab Arif at his office. There was nothing remotely to suggest all of this was a charade.

“Secure in the belief that I was dealing with a reputed company, I handed the bill of lading to Hayyab Arif which enabled him to release the shipment from Jebel Ali Port.

“He promised to pay the same evening. That day never came.

“I spent days chasing him but he refused to see me or respond to my calls.”

Mr Ruparen went on to say that he approached the police after being scammed.

“He treated me like royalty but once he got the shipment he discarded me like a used teabag.”

“When I ask for my payment, he mocks me.”

Mr Laljibhai shared WhatsApp audio messages where the Pakistani man can be heard verbally abusing him. In the audio, he is heard saying:

“Yes, I scam people, this is my business. A bigger crook than me is yet to be born. I cherry-pick my victims and prey on greedy dogs like you.

“This is what I do for a living. You were a fool to fall for me.”

However, the authenticity of the voice messages have not been verified. Kamboh said that he knows there are cases against him in Pakistan and added:

“Why do you think I don’t go back there?”

According to Gulf News, Kamboh claimed that he did not fake his own death and did not know why the political party paid tribute to him.

On the pictures of his ‘dead’ body, the Pakistani man claimed:

“That’s from my theatre days in Pakistan where I played a dead man in a stage show.”

The Pakistani man has denied allegations of the scam. He said the exporters were lying and said that he did not pay for the products as they were low quality.

Exporters claimed that Kamboh refused to return their calls. Kamboh said that he lost his phone and could not get a replacement as he has an outstanding bill.

Exporters have tried to file police complaints. However, the authorities have told them to go to court with their accusations. One company mentions:

“It’s not feasible to pursue a court case from abroad.”

“If losing money to a scam is not bad enough, we have to now front high legal costs to fight a protracted legal battle.”

Mian Zaryab has denied connections to H&MZ Global Worldwide despite being referred to as the Import Manager on a business card.

This is not the first time that exporters have been duped in a trading scam.

In July 2019, more than twenty exporters lost £3.2 million worth of rice to a Dubai-based company. A police case was registered but the owner has since gone on the run.