A Pakistani TikToker has been arrested for his involvement in a fraud case against ‘Dirilis: Ertugrul’ actor Engin Altan Duzyatan.

the cheques turned out to be fake.

Engin is known for his lead role in the popular show Dirilis: Ertugrul.

Based on Engin’s complaint, a case was registered against Kashif.

The Turkish Embassy in Pakistan had sent a complaint to the Punjab Home Department. A case was subsequently registered.

It was reported that Kashif initially posed as a government official when officers conducted a raid to arrest him.

During a search, police seized weapons and a vehicle with a blue emergency light.

It was reported that Kashif invited Engin to Pakistan to shoot for his Chaudhry Group brand, sending him cheques.

However, the cheques turned out to be fake.

DSP Mian Shafqat said: “The Turkish actor had sent a request to Inspector General (IG) Punjab via an email, asking him to register a case against Chaudhry for fraudulent activities, sending him fake cheques, and using his pictures without permission.

DSP Shafqat added that six fraud cases have been registered against Kashif in Sialkot and Lahore police stations. 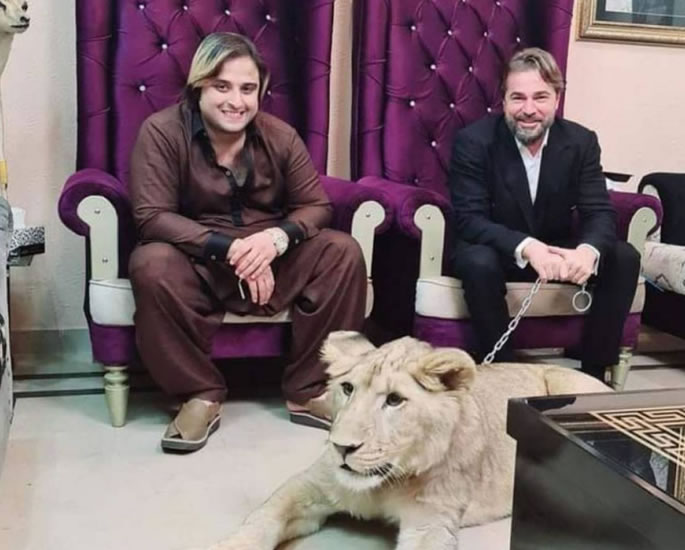 Engin had been in Pakistan at the time after Dirilis: Ertugrul gained popularity in the country.

This was after Kashif visited Engin in Turkey and reportedly gifted him a ring worth Rs. 6 million (£27,000).

Soon after their meeting in Pakistan, there was speculation that Kashif was involved in several crimes.

He was arrested later that month, with eight charges against him, including fraud, car theft and robbery. He was also accused of threatening a TV anchor.

Kashif was later released from prison.

Kashif is a popular TikToker in Pakistan. He is known for his gold jewellery and keeping pet lions.

He claims to be the owner of the Chaudhry Group and is regularly seen with politicians and celebrities.

According to reports, Kashif, his father and his brother have been accused of several other fraud cases.

Kashif is also said to owe money to jewellers for the chains he wears.

In relation to the Engin Altan Duzyatan fraud case, a court handed Kashif to police for a two-day remand.

The accused was later presented before the court in Lahore.

Officers requested for him to be remanded in custody for longer while they investigate the matter further.

Dhiren is a journalism graduate with a passion for gaming, watching films and sports. He also enjoys cooking from time to time. His motto is to “Live life one day at a time.”
Trishala Dutt says she has been Judged since Birth
Kangana says Rangoli was Dumped after Acid Attack