AR Rahman talks Suicidal Thoughts in Notes of A Dream

In the book, Notes of a Dream: The Authorized Biography of AR Rahman, the Oscar-winning music director reveals how he contemplated suicide until he was 25.

Double Grammy winner AR Rahman has opened up about the suicidal thoughts that he once had in his biography.

Given a Mumbai launch at Taj Lands End in November 2018, the book, Notes of a Dream: The Authorized Biography of AR Rahman documents what went through the legend’s mind up to the age of 25.

The much-awaited book is published in conjunction with Landmark and Penguin Random House.

The book highlights how Rahman did something constructive to convert his low moments into high.

Ever since then, Rahman has perhaps gone beyond his own expectations. Rahman has produced excellent music across various genres in India and for the International market.

Krishna Trilok who is known for his fantasy novel Shrarikrida (2017) has penned Rahman’s journey beautifully. Commenting on his collaboration with Rahman, Trilok said:

“It was a truly magical journey as an author to be able to tell the story of Mr. Rahman.

“Hearing this legend talk about so many parts of his professional and personal life, his way of looking at the world and the universe, the future, was a song in itself.

“This journey of making it happen was nothing short of a dream.” 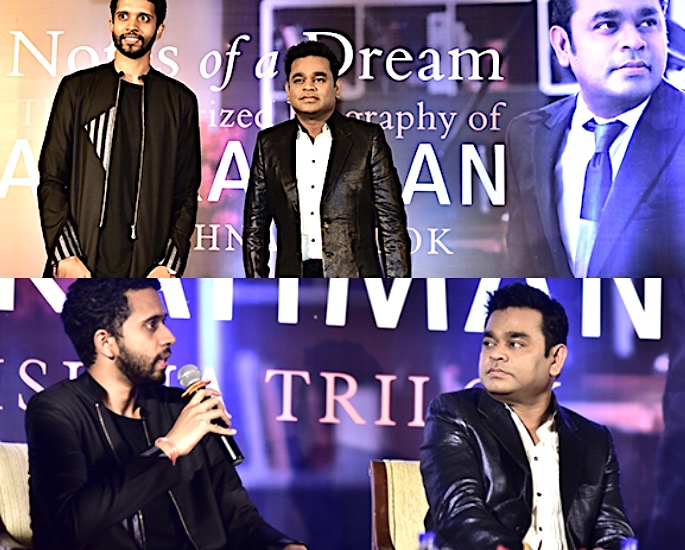 The 51-year-old composer reveals in his book how difficult times and other events led him to contemplate suicide, virtually every day until the age of 25.

Recalling his experience, the two times Oscar winner sheds light about feeling like a failure during rough patches of his life:

“Up until 25, I used to think about suicide. Most of us feel that we’re not good enough. I lost my father so there was always this void. There were so many things happening and in a way, it made me fearless.

“Death is permanent. Since everything has an expiry date, there’s nothing to be afraid of.”

However, things got better for him when he built a recording studio in the backyard of his Chennai home. The name of his studio is Panchatan Record Inn.

“Before that, things were dormant so maybe it the feeling manifested then. Because of my father’s death and the way he was working, I didn’t do many films. I did two out of 35.

“Everyone wondered ‘How are you going to survive? You have everything, grab it.’

“I was 25 then. I couldn’t do that. It’s like eating everything. You become numb. So even if you eat small meals, you make it fulfilling,” Rahman adds.

At the age of 9, Rahman lost his father RK Shekhar, also a musician. Consequently, Shekhar’s family had to rent and sell his musical gear to survive financially. 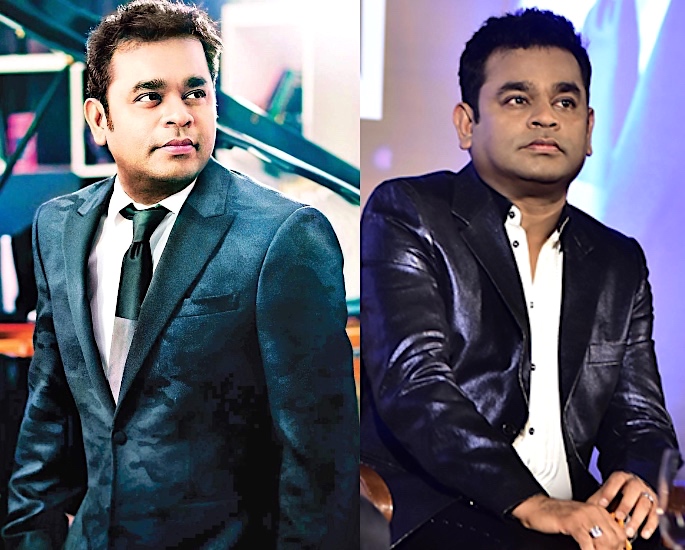 “I finished everything between the age of 12 to 22. It was boring for me to do all the normal stuff. I didn’t want to do it.”

After embracing Sufism, Rahman made his debut as a music director for the Tamil-language romantic thriller Roja (1992).

Rebranding himself, Rahman let go of his past, changing his name from Dileep Kumar. Rahman speaking about his birth name mentions:

“I never liked my original name Dileep Kumar. I don’t even know why I hated it. I felt it didn’t match my personality. I wanted to become another person.

“I felt like that would define and change my whole being. I wanted to get rid of all the past luggage.”

The success of Roja gave Rahman the opportunity to let his music do the talking.

Rahman feels making music is more “internal’ than just an art in isolation:

“You manifest who you are and let it out. So when you are ideating on your mental drawing book, you need a lot of self-analysis and you have to dive deep within you. 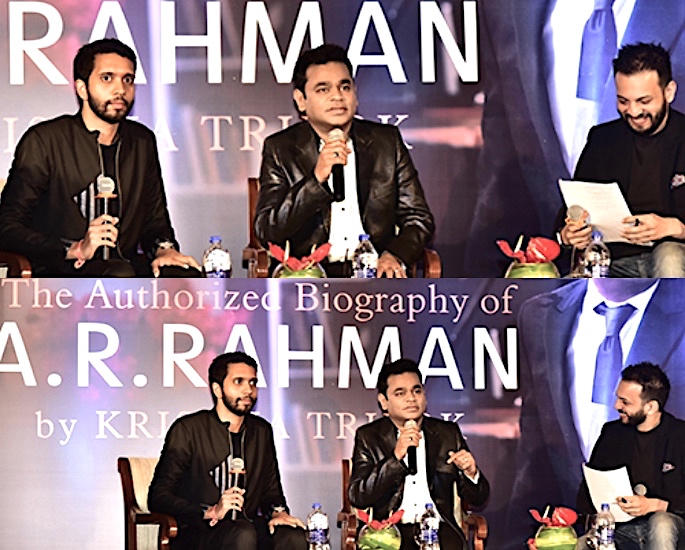 For this reason, Rahman touches upon why he prefers to create music during the night or around dawn time.

“If I am going deep inside something and suddenly there’s a knock on the door, I’ll come to reality from a very different world and I won’t be able to go back to the same spot again.

“This is one of the reasons I prefer (being at work) very early mornings like 5 AM or 6 AM or the nights.”

Rahman says on a personal and professional level it is important for him to frequently experiment something new.

“You feel jaded if you do the same thing. You need to find different things to do.

“For me travelling, parenting and spending time with my family though I can’t do that much is beautiful. It helps a lot.”

It seems the father of three has nothing to hide from the past to the future with his biography. It is just as well that AR Rahman did not take any drastic action during difficult times.

He has shown that South Asian artists can be resilient and dig deep when it matters.

Going by what he has revealed, the book should be an interesting read.

Notes of a Dream: The Authorized Biography of AR Rahman is available to purchase online via Penguin India and Amazon.