After the huge success of Slumdog Millionaire at the Golden Globes, winning Screen Actors Guild awards and being nominated for 11 BAFTA (British Academy of Film and Television Arts) awards, it  now heads as a strong contender for the most prestigious film awards ceremony, the Oscars. The film has been nominated for a staggering 10 […]

After the huge success of Slumdog Millionaire at the Golden Globes, winning Screen Actors Guild awards and being nominated for 11 BAFTA (British Academy of Film and Television Arts) awards, it  now heads as a strong contender for the most prestigious film awards ceremony, the Oscars. The film has been nominated for a staggering 10 nominations at the Oscars.

The film has made huge leaps across the globe as one of the biggest films to be made and has even astounded its director Danny Boyle, who had never been to India before he made this film and was on an exploratory trip making the movie.

At a press conference in India, whilst promoting the release of the film, Danny Boyle said “It’s err unbelievable result for the film, ten Oscar nominations! It’s incredible!”

The film is not the first Indian made film to be nominated for an Oscar. In the past, Salaam Bombay, The Gun and Mother India were all nominated but did not win. However, this time round with so many nominations there is a huge chance of the film winning Oscars.

For the Oscars, Slumdog Millionaire has been nominated for the following awards. 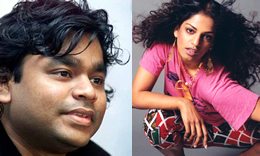 The film marks an incredible achievement by music maestro, A.R. Rahman. He has been nominated for 3 Oscars which include best original score and the original song, ‘O Saya’ featuring Brit-Asian female singer M.I.A (Mathangi Maya Arulpragasam). This is a first for any Bollywood music composer to be selected at this level in the West. Especially, at a huge Hollywood event like the Oscars. M.I.A worked for the first time with Rahman and was totally inspired by the project and appeared on three soundtracks for the film. She has been nominated for a Grammy.

For the BAFTA’s, the film has been nominated for the following awards.

However, the film has also attracted some controversy. Some parts of India have objected to the film and called for it to be banned due to its depiction of slum people and India.

A real slum dweller opposes the film and especially its title. Tapeshwar Vishwakarma, who is the general secretary of Slum-dwellers Joint Action Committee, has filed a complaint against the film in court. He has alleged that the film shows slum-dwellers in bad and degrading manner and that the title, ‘Slumdog Millionaire’ is very demeaning as it projects slum dwellers as Indian dogs. The defamation case has been specifically filed against music composer A.R. Rahman and Bollywood actor, Anil Kapoor. It is extremely unlikely, that any action will be taken against the film due to such a complaint because formal evidence will be required for such accusations. Of course, for which there is not much, if any, due to the film’s popularity and acceptance around the world.

At the Screen Actors Guild on 25th January 2009, in LA, the key cast of the film, Anil Kapoor, Irfan Khan, Dev Patel and Freida Pinto collected the ‘Best Cast in a Motion Picture’ award. Anil made the speech for the cast and said “It was already enough to be nominated. But to win is unbelievable, unbelievable.”  He then went onto dedicate the award to the excellent child actors of the film and said, “They deserve this award. It is the children that have done it, not us.”

With so many nominations at the Oscars and BAFTA’s, it is without doubt that film will be reaping a lot of success in the near and distant future. Success that is well deserved as the acting, story line, music and the directing have all got noticed on the stage of world-wide cinema.

DESIblitz.com wishes the Slumdog Millionaire team all the best at the awards, for a film that all at DESIblitz.com  feel was an incredible story with some excellent scenes and acting. Especially, by the very young actors in the film, who played Jamal, his brother and Latika as kids.

Amit enjoys creative challenges and uses writing as a tool for revelation. He has major interest in news, current affairs, trends and cinema. He likes the quote: "Nothing in fine print is ever good news."
Sanjay Dutt in Indian Politics
Aishwarya at Pink Panther premiere